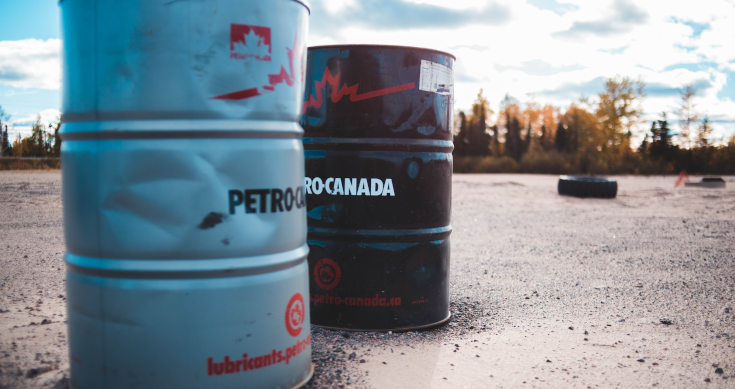 Despite the easing of the OPEC+ group’s production cap late last week, global oil markets will continue to be all over the place this month as they react to accelerating economic growth in the US and some other economies like Australia, steadying activity in China amid a looming property and debt crackdown and the resurgence in Covid infections across Europe.

The OPEC plus group decided to slowly expand its official output (there is a bit of ‘cheating’ happening by some members) by more than a million barrels a day by mid-year – a move that comes smack bang in the middle of a strengthening recovery in US oil activity and production.

That will make for an uncertain outlook for oil – especially as the pace of Covid infections in Europe is now well into a third wave and will likely choke off the emerging growth in activity in the next quarter as Germany and France maintain tight restrictions on activity.

Infection rates remain at worrying levels in parts of Asia, such as Japan and India (again) and the surge in vaccinations look like having an uneven impact despite the obvious successes in the UK and most of the US.

OPEC+, which comprises the Organization of the Petroleum Exporting Countries, Russia and other small producers, agreed to ease its production cap by 1.1 million barrels a day by the end of July. In addition, Saudi Arabia made an extra 1 million bpd voluntary cut that continues.

Under Thursday’s deal, cuts implemented by OPEC+ will total just above 6.5 million bpd from May onwards, compared with slightly below 7 million bpd in April.

Oil prices surged 3% on Thursday after the news and remained around the $US62 to just over $US64 a barrel range for West Texas Intermediate (US) crude and Brent (the global marker price).

The rapid growth in demand in some economies and prices has already seen prices rise 25% so far this year which in turn has boosted activity across the US shale oil industry and lifted crude oil output past 11 million barrels a day for the first time since May, 2020.

An 8 month build-up of drilling activity in oil regions like the Permian in Texas and New Mexico, saw US output in March rise by 200,000 barrels a day to an estimated 11.1 million barrels in the week ending March 26, according to the US Energy Information Administration.

This rise emerged after US oil rig use has risen for 8 months in a row. The combined oil and gas rig count rose by 13 to 430 in the week to April 1, the highest since April 2020, according to the weekly survey from Baker Hughes on Thursday (released a day early because of Easter).

That puts current production around half a million barrels a day higher.

The production cap from OPEC and Russia and others has therefore helped the US oil industry recover faster than expected a year ago.

That’s ironic seeing it was the surge in production that helped trigger the collapse in oil prices from 2014 to 2016 and then added to the oversupply when the pandemic erupted in February 2020.

While many oil companies remain shell shocked, there are signs of rising spending on new fields and drilling and on deals. There was a flurry of deals last year when a number of companies took over weaker operators.

Last week saw a $US6.4 billion takeover where Pioneer Natural Resources is buying DoublePoint Energy, less than three months after completing its purchase of fellow shale driller Parsley Energy for $US4.5 billion as it expands in the US Permian Basin.

And for under pressure operators, the first quarter should turn out to be very profitable, compared to 2020.

Exxon Mobil Corp said last week it expects to report better expects first-quarter results across its three major businesses, with an at least $2 billion improvement from prices for oil and gas driving profits.

In a Securities and Exchange Commission filing, the company said higher oil prices would lift its oil and gas operating results by between $US1.6 billion and $US2 billion over the fourth quarter.

Higher natural gas prices would add up to another $USUS700 million to operating profit as well, while Exxon said it was looking a gain of as much as $US1 billion in refining from higher prices, better margins and derivatives (locking in profitable future sales of oil and products).

Exxon’s chemicals business was seen reporting a boost of up to $US600 million boost over fourth quarter results thanks to higher prices and better margins.

That’s a long way from the desperation seen in reports in January that Exxon and Chevron leaders discussed a possible merger in late 2020.

And one extra factor oil market watchers will have to keep in mind is the move by the US to enter indirect talks with Iran in Vienna this week.

There’s a long way to go for a deal between Iran and the group of countries that signed the 2015 agreement, but with the US active in providing leadership instead of bluff and bluster under Donald Trump, a deal that sees more Iranian oil back on world markets is on the way.

Reuters says Iran’s foreign ministry has said it wanted the United States to lift all sanctions and rejected any “step-by-step” easing of restrictions.

US sanctions, including restrictions on the sale of Iranian oil, will only be lifted only after the talks are completed and Iran returns to compliance with the 2015 nuclear deal that Trump tore up

Will the expected growth in global demand because of stronger economic growth be enough to soak that up, as well as extra output from OPEC and its allies and the US?