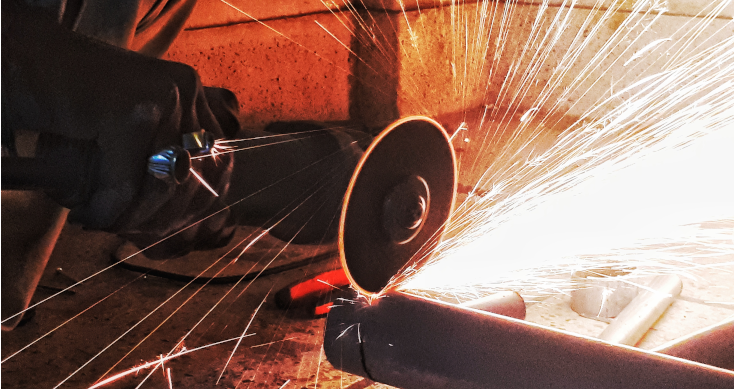 Global iron ore and Chinese steel prices are set for a shaking over the next month as the government kicks off a surprise inspection of steelmaking facilities that will check companies’ adherence to pollution control measures and steel-making capacity reductions agreed to as far ago as 2015 and 2016.

News of the month-long checks emerged late last week and will see inspectors inspecting steel making firms and their operations in eight provinces.

The inspections are likely to carry more force than those in previous years in the wake of the capacity cuts and output reductions handed out to more than 20 producers in Tangshan last month.

That means other industries such as cement making and older energy-intensive industries will also be visited.

In 2016, steel capacity cuts of 150 million tonnes were announced and supposedly implemented but rising production in 2018, 2019 and 2020 (when total production topped a billion tonnes for the first time) associated with rising smog in 2020, has led to claims that the reductions have not been fully implemented.

Staring Today (April 6) the inspections will last for a month. Similar inspections have been reported in 2019, 2018 and 2017 with little apparent impact.

China’s Ministry of Ecology and Environment started regular environmental checks in late 2015 and finished the first round on all provinces by 2018 to improve local environment and reduce runaway industrial capacity, including those in the ferrous supply chain.

Reuters reported that China’s state planning and industry ministry Thursday announced planned inspections to check on implementation of steel capacity cuts in the past few years and reiterated its intention to curb crude steel output further in 2021 to reduce emissions.

The latest inspections follow the crackdown in Tangshan (producing 122 million tonnes of crude steel a year) which saw the government order production cuts lasting anywhere from a month to the end of the year for a group of companies claimed to have breached previous pollution control measures.

While Tangshan is the economic centre of northern Hebei province, it is also one of China’s most polluted cities due to its heavy industry (especially steel, coke and sintering, oil refining and cement manufacturing). It is also a source of smog for the region, which includes nearby Beijing.

The singling out of Tangshan is why some analysts reckon the latest inspections will have a more tangible outcome in the first year of the new five year economic plan in which all sectors will be under pressure to implement policy changes and meet targets.

China has pledged to cut its crude steel output in 2021 from a record 1.06 billion tonnes it churned out last year to cut carbon emissions.

The steel sector accounts for 15% of China’s total emissions, topping all other manufacturing categories.

Analysts say it is part of efforts to ensure steel output falls this year. And that will mean a fall in demand for iron ore from Australia and other countries.

March saw the first impact on iron ore demand from the crackdown on pollution and smog problems – now the checking on capacity cuts will add to that pressure on prices and demand.

The pollution crackdown in Tangshan has seen Chinese steel mills chase higher quality ore from Brazil in preference to the usual target of 62% Fe fines from the Pilbara region of Australia.

The prices of all three types – 58% Fe, 62% fe and 65% Fe (all fines) showed the impact of the switch away from 58% and 62% Fe fines in March as the Tangshan pollution cutbacks hit hard (and forced steelmakers in other cities to take the issue of smog and pollution controls much more seriously).

While the price of all three ore types fell in March, the drop was more pronounced for 62% Fe fines and 58% – the ore products shipped by BHP, Rio and by Fortescue and Vale from Brazil.

Fastmarkets data show the price of 62% Fe fines delivered to northern China dropped $US1.43 a tonne on the final day of the quarter to $165.15.

That left it down just under $US5 a tonne over March, but up a substantial $US20.40 a tonne since the end of December in another strong signal that the pollution crackdown is sending Chinese steel mills in chase of higher-grade ores such as the 65% fines from Brazil.

The price of 58% Fe fines (the sort that still make up much of Fortescue’s shipments and some from Roy Hill, the Gina Rinehart mine) also suffered a hit in March and the first quarter.

News of the looming crackdown saw benchmark iron ore futures on the Dalian Futures market in China rise on Friday but were down more than 10% over the week while steel rebar and hot rolled coil prices closed at record highs on supply curbs.

Iron ore trading in Asia on Thursday (April 1) saw traders ignore the crackdown news. They seemed to have responded to the jump in Chinese steel product prices and the rise in Chinese iron ore futures.