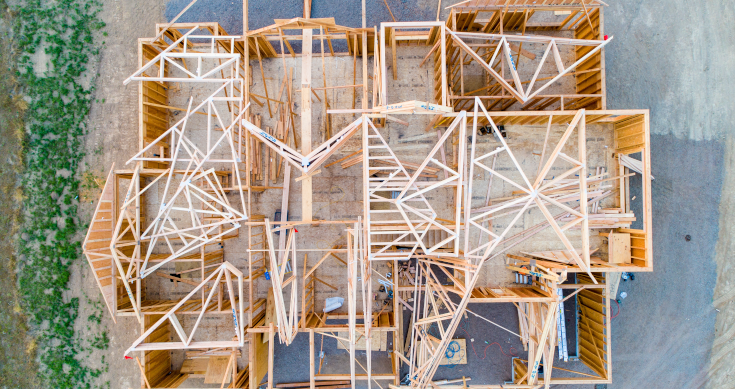 Building approvals for privately-owned houses hit record highs for the second time in three months in February, while approvals of townhouses and units bounced by nearly 50% from January’s nine-year low.

The Australian Bureau of Statistics (ABS) data on Wednesday revealed a surprise surge in both private and non-private dwelling approvals, thanks in part to the federal government’s first home buyers’ assistance package and a separate one for trades people that has sparked a surge in renovations.

The ABS said that total dwellings approval in Australia rose 21.6% in February, with private sector house approvals rising by 15.1%, reaching a new record high of 13,939 houses.

February’s surge followed January’s 19.4% slump which shocked on the downside.

Approvals for private sector dwellings excluding houses surged 43.5% in February, but that was still 28.7% lower than February 2020.

The ABS said the value of total residential building rose 21%, comprising a 22.8% rise in new residential building, and a 11.1% increase in alterations and additions to a new record high of $973 million. (The previous high was $976 million in January 2020).

In fact the value of renovations in the past three months has nudged $3 billion!

The value of non-residential building rose 27.5% in February but the boom there remains very much a yesterday story.

Lending finance data is out later today and should show big rises in home loans to owner occupiers and investors with the RBA credit data for February yesterday showing a rapid rise in finance for housing investors.