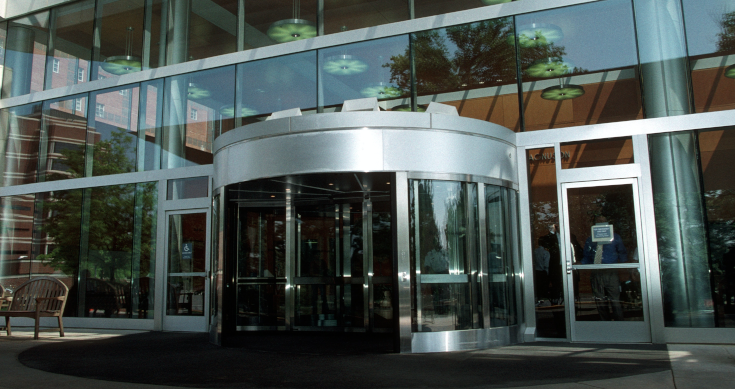 Instability at the top of two major companies with questions about their most senior executives and their futures at their companies – AMP CEO Francesco De Ferrari and TPG executive chair (and founder) David Teoh.

The former is going, the latter has gone.

The troubled recent history of the AMP makes it easy to understand the executive instability but TPG with its big merger with Vodafone Australia now behind it, produced the biggest shock with the departure of Mr Teoh on Friday.

The AMP on Friday confirmed that discussions about the continuing leadership of the embattled company were planned – 12 hours earlier it had refused to answer questions about how long the CEO would remain in his job.

That was after his departure was reported online on Thursday afternoon, with the AMP denying he had gone or was going. The CEO remained in place was the bottom line on Thursday evening.

On Friday, AMP released another statement conceding the group was negotiating the leadership of the company, which would be determined following the conclusion of a portfolio review.

“AMP confirms there has been no change to the CEO’s position and that Mr De Ferrari has not resigned,” AMP said.

“The board and Mr De Ferrari are working together and constructively discussing the future strategy and leadership of the group, post the completion of AMP’s portfolio review. These discussions are ongoing and AMP will provide updates as required.”

The Australian Financial Review, which broke the departure story on Thursday afternoon (too soon it now looks), reported at the weekend that behind the questions about the CEO were growing shareholder concerns about the slow pace of the review of the AMP’s assets and some decisions about AMP Capital and a deal with the US group, Ares.

TPG’s loss was easier to understand, even if it was unclear.

David Teoh left the building on Friday, sending the shares sharply lower, meaning exit cost him a $170 million fall in the value of his 17.2% stake in the company.

The news sent TPG’s stock into a tailspin, with shares falling to their lowest point since last July, and closing 6.7% weaker at $6.41 on Friday. They had finished the session on Thursday at $6.90 and lost 7.4% for the week

Still, his stake is worth $2.04 billion at Friday’s close.

Fairfax reported that his resignation “coincided with the exit of his son Shane Teoh, who was convicted of assaulting an Uber driver earlier this month. TPG did not comment on the reasons for Mr Teoh’s resignation but said earlier this month it was reviewing the conviction. The resignation of both Teohs followed a board meeting late on Thursday night.

“I am leaving TPG Telecom in good hands with Inaki [Berroeta] and his team, and I am confident in its strong future,” Mr Teoh said in a statement. “After nearly 30 years leading TPG, I feel that now is the right time for me to hand over the reins and focus on other interests.”

It was only 8 months ago that the second biggest telco was created when TPG and Vodafone Australia merged to create a business with a market value of nearly $12.9 billion at the close on Friday.

Mr Teoh will remain one of the largest shareholders in TPG Telecom with that 17.2%, in front of Washington H Soul Pattinson with 12.5%.

He will be replaced as chairman by a long-standing member of the board, Hong Kong business executive Canning Fok. Mr Teoh’s other son, Jack Teoh, and company secretary Antony Moffatt will also join the board of directors.

While Mr Teoh cannot sell his shares until July 2022, control of the company may now be up for grabs. He has reportedly been eying a telco TPG set up in Singapore (in which Soul Patts is a 25% shareholder).

That would be the bet for a comeback for Mr Teoh. He is by repute a very competitive businessman.