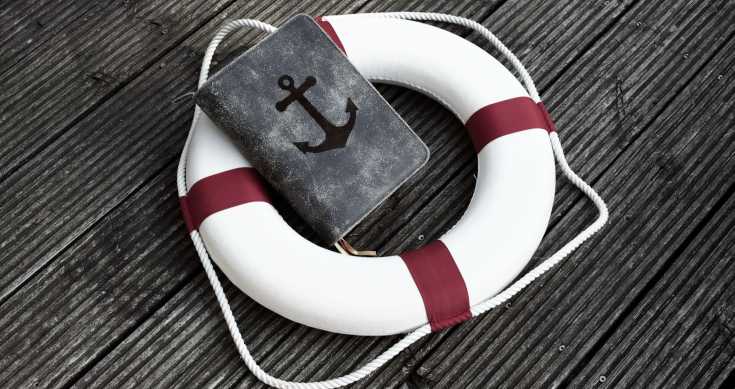 Last year was nothing if not remarkable. The coronavirus pandemic led to an implosion of economic activity before monetary and fiscal stimulus provided the foundation for a recovery unlike anything we have ever seen. From an economist’s perspective, one insight stands out: Judging from the public sector balance sheet, it appears there was a deep recession last year; judging from the private sector balance sheet, however, 2020 looks more like a boom year than a recession.

When the coronavirus became a pandemic in the first quarter of 2020, the world stared into the abyss of a growth implosion and a global financial crisis. In response to increasing uncertainty and the prospect of a prolonged period without income and revenues, the demand for high‑powered money surged as households and businesses prepared to weather a prolonged period without income and revenues. As has happened repeatedly throughout history, the surge in demand for money led to a run on the financial system.

The 2020 Recession Was Not a Conventional Downturn

(Fig. 1) Unlike previous recessions, unemployment did not rise, and incomes did not fall

Banks proved to be resilient to this surge in money demand because of the stringent regulations introduced after the 2008–2009 global financial crisis. The same could not be said of the shadow financial system, however: The financial institutions that undertake maturity and risk transformation in the capital market faced a demand for liquidity, which forced them to engage in fire sales. Led by the Fed, central banks responded quickly by rapidly increasing the supply of money. This brought the run on the financial system to a halt—and averted a financial crisis that would have made the pandemic‑induced recession many times worse.

The fiscal response was also expedient as governments across the world rolled out programs to replace the loss of income and revenues experienced by the private sector. Traditionally, the role of fiscal policy is to smooth aggregate demand over time—as the private demand is scaled back, public demand steps up to keep the economy growing. However fiscal responses tend to be inadequate as they only partially replace the retrenchment of private sector demand. The year 2020 broke this pattern: The fiscal response more than compensated the private sector for its income and revenue shortfalls related to the pandemic shutdown.
Consequently, household disposable income grew faster last year than it does during most growth booms and left household balance sheets in very good condition. Although support for corporates was a little less overwhelming, it still allowed firms to weather the recession without the traditional profit impairment. Durable goods consumption has surged and—except for particularly vulnerable sectors—the pandemic has left a very limited impact on corporate capital expenditure. Overall, then, the fiscal response appears to have created a very pleasant downturn, which is likely to be followed by an equally unpleasant recovery.

2021–2022: A Likely Boom Followed by a Disappointing Recovery

The rollout of vaccines should mean that most developed economies will be able to open for business by late summer. This should initially unleash animal spirits: Human beings are social creatures and, after having been locked in our rooms, apartments, and houses for more than a year, we will be ready to spend big on social interaction. Fueled by the largest fiscal packages seen in peacetime, I believe economies will switch to full boom mode as households unleash their savings onto the consumption of services. Likely, this boom will carry us through the second half of 2021 and into 2022.

Unfortunately, the return to work will be a disappointing experience for those who find that their income from work falls short of the money they received from the government. As fiscal support ceases, private spending will be scaled back. Not only will household disposable income fall, but the durables consumption boom will likely end because demand for durable goods will have been satiated.

(Fig. 2) In typical recessions, they would contract

The key point is that, during normal recessions, pent‑up demand for capital expenditure and durables builds as the economy goes through a downturn. Normally, this pent‑up demand is released and creates a boom, which allows the government to undertake a fiscal consolidation. Given the amount of income smoothing that the government has undertaken today, I believe there is less pent‑up demand for capital expenditure and durable goods. In fact, we have a boom today already, and so the fiscal consolidation in 2022 and beyond is going to feel rough, in my view, as it will not happen amid a major release of private pent‑up demand.

2020 and Beyond: What Powers Us Forward?

So, back to secular stagnation? I don’t think so. The next decade should look substantially different from the decade following the global financial crisis. At the core of the global financial crisis, there was an epic credit boom facilitated by financial innovation, lax lending standards, and loose monetary policy. Credit tends to find its way into housing, and indeed, going into 2008, we had probably constructed most of the housing we needed for the subsequent decade.

The combination of a substantial tightening of lending standards, a household sector that had been through a near-death experience and a substantial housing overhang drove households into a decade of balance sheet deleveraging. In my view, in an economy with a growing population, there is nothing natural, or prudent, about household deleveraging. The bulk of the liabilities on the households’ balance sheet is mortgages, which are, obviously, backed by long-term fixed assets. As the population grows, we need more housing, and with that, the natural state of affairs is for household leverage (defined as the debt‑to‑gross domestic product (GDP) ratio) to rise. The good news is that, in our opinion, on the eve of the pandemic, we had just about worked through the housing overhang, and households were ready to start growing their balance sheets again.

What Could Go Wrong?

Aided by household balance sheets that have benefited from big fiscal transfers and a monetary policy that is as loose as anyone could possibly dream of, I see scope for housing—and with that, household balance sheet re‑leveraging—to reemerge as an engine of growth. Thus, as we digest the immediate boom in durables consumption and work through the inevitable fiscal consolidation that will bring the budget deficit toward something sustainable, we see scope for both household and corporate balance sheets to expand. This stands in sharp contrast to the decade following the global financial crisis, where the headwind from the fiscal consolidation was amplified by household deleveraging.

There are several risks to our outlook:

Coronavirus Mutation: Coronavirus could mutate in a way that would render a complete reopening of some major economies impossible. A longer hiatus and more social distancing could delay the boom we anticipate in the second half of 2021. Indeed, if we need to weather another prolonged lockdown, more severe scarring of the economy could occur. Businesses that, buoyed by fiscal support, have managed to stay afloat until today may sink, and the rebuilding of a viable business from the bottom up is a very different proposition than reopening a business that has been through a temporary lockdown. This would lead to a much more protracted recovery.

Policy Action in China: An abrupt policy tightening in China could introduce a significant headwind to global growth. We believe that the most resilient economy, the U.S., would still be able to power forward, but the headwind would be significant—especially to the non‑U.S. part of the world.

Geopolitical Tensions: Geopolitics continue to screen as a flashpoint, and although the relationship between China and the U.S. is set to become more predictable under President Joe Biden, the flaring up of tensions could happen at any moment and carries with it the ability to deliver an incapacitating blow to sentiment. In particular, we are alert to risks related to the One China policy and potential ruptures around Taiwan.

Emerging Market Weakness: On the back of the pandemic, many emerging markets have built fiscal imbalances that look somewhat unsustainable. We are on the lookout for wobbles in emerging markets, potentially created by a sell-off in the core rates markets or from a rapid slowdown in China, which could bring these fiscal uncertainties to the fore. Although we do expect some challenges on this front over the next few years, we believe that the recovery in the developed economies will be sufficiently strong and mature to be able to weather external shocks of this nature.