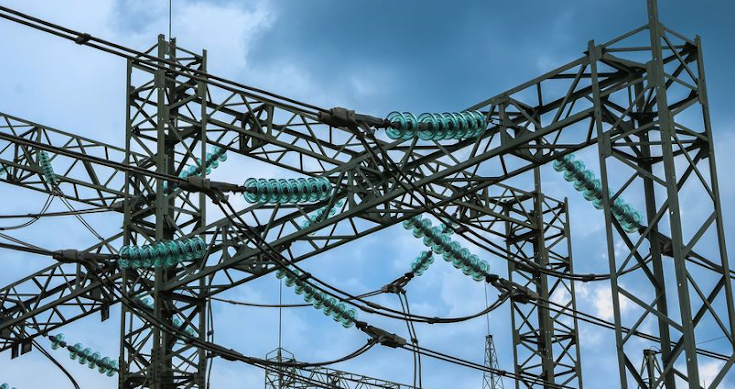 What has happened to electricity prices? Soft demand resulting from the pandemic and the breaking of the drought have combined with additional renewable sources and government policies to encourage further supply away from coal-fired (thermal) generation.

Macquarie notes the current renewables push makes it impossible for thermal incumbents such as AGL Energy ((AGL)) and Origin Energy ((ORG)) to compete where they do not qualify for support.

Around 46 terawatt (TW) hours of thermal generation, or 25% of the National Electricity Market, will exit in the next nine years. State governments and corporate entities are behind the changes which will, the broker assesses, leave the market in chronic oversupply.

Macquarie calculates an electricity generation price of $50/megawatt-hour (MWh) in 2023 and through to 2030, thereafter the forecast price is $60/MWh as imbalances are reduced. The broker assumes, after 2030, that more rational behaviour emerges as the first round of thermal plants are retired and the quantum of oversupply moderates along with government subsidies.

Still, a lack of clarity over the short term will undermine investor confidence and thus mar the performance of the relevant stocks. Morgan Stanley agrees policy uncertainty will have a dampening impact and deliver risks to the downside.

AGL Energy has signalled structural change is on the horizon and Macquarie upgrades the stock to Neutral from Underperform, suspecting broader investment appeal could be in the company’s sights.

Morgan Stanley also considers upside risk centres on a new transformational growth initiative. Other upside risks include a sustained rise in pool prices either from higher gas prices or competitor closures along with retail margin expansion and lower input costs.

Power prices have been pivotal to both AGL Energy and Origin Energy. AGL acknowledged this with recent write-downs of the thermal fleet. Macquarie notes AGL has tied its share price to the forward contract pricing in NSW and Victoria, which appear stronger in a down cycle versus an up cycle.

The main issue the broker highlights is whether a bottom in pricing has been found. Spot wholesale power prices have been around four-year lows, often dropping to $45-55/MWh in NSW, Victoria and South Australia and even lower in Queensland.

The elements that will weigh on a recovery in power prices include state-based policies such as NSW’s support for a transition to renewable from thermal, and firming capacity being built ahead of coal retirements. This will translate to price pressure between 2023 and 2028 when the Vales Point power station retires.

Closure of Yallourn and replacement of its 9TW hours of production with renewables is in line with Victoria’s target for 50% renewables by 2030. Macquarie also points out federal policy is creating a vicious circle of subsidy, as a gas-led recovery is being pushed amid demands that industry replace closed thermal capacity with gas or large batteries.

To date the government has sponsored the Snowy Hydro 2 gigawatt (GW) hydro battery and is threatening construction of the 750MW Kurri Kurri (NSW) gas terminal to replace lost capacity from Liddell.

What can push wholesale power prices higher? A disorderly, fragmented closure of coal-fired power stations could do the job, but the National Energy Market plan is for a step-by-step replacement, which suggests to Macquarie prices in the 2030s would remain below $60/MWh.

In writing down its thermal generation fleet, Macquarie assumes AGL has revised its long-term power price assumption down to $60/MWh. The NSW guarantee, nevertheless, could mean NSW prices are closer to $50/MWh.

At such prices thermal generators are generating at below cost and, the broker points out, there must be a supply-side response and/or closure dates brought forward. What about AGL’s MacGen (NSW), as undertakings associated with the acquisition expire in August, seven years after the portfolio of thermal assets was acquired?

Over the short term, Macquarie notes MacGen is the lowest cost producer in NSW through to 2026 and holds a hedge with Tomago (aluminium) smelter, for 8TW hours of its 13-17TW hours of production.

On the subject of smelters, Morgan Stanley notes the Portland smelter (Victoria) has renegotiated its electricity supply until July 2026. AGL will supply 275MW and the balance of requirements will be supplied by Alinta and Origin Energy.

The federal government will pay up to $76m in grid support payments over four years with the Victorian government providing a similar amount. Morgan Stanley considers this a marginal positive for both stocks.

Terms of the deal are confidential but the broker calculates, given the Victorian 2022 baseload futures price is $37/MWh, the new arrangements are likely to be lower, which suggests an operating earnings (EBITDA) headwind for FY22 to the tune of -6% for AGL and -2% for Origin.

For AGL, a separation of Loy Yang A could be the strategic shift required, Macquarie asserts which, along with the closure of Liddell, could reduce the company’s emission intensity to the market average.

An in specie distribution of Loy Yang A shares would be positive and broaden the investment appeal of the stock. In terms of its operations, AGL would move from being long baseload to a more balanced offering.

Macquarie also assesses AGL has captured material value from the asset which it acquired in 2011. Loy Yang A as a separate, low-geared entity would have a fully franked yield close to 4.0-4.5% and this should be enough cash flow to engage in buybacks.

As the lowest-cost thermal generator the business will have leverage to normalised electricity prices as demand recovers and supply is rationalised. Macquarie expects the equity value of Loy Yang A is in the range of $ 1.4-1.8bn, depending on the hedging profile.

The broker further asserts AGL, without this “ugly duckling” brown coal-fired generator, could appeal more to ESG-oriented investors as the business transitions towards renewable energy and firming capacity improves, justifying a higher rating for the stock.