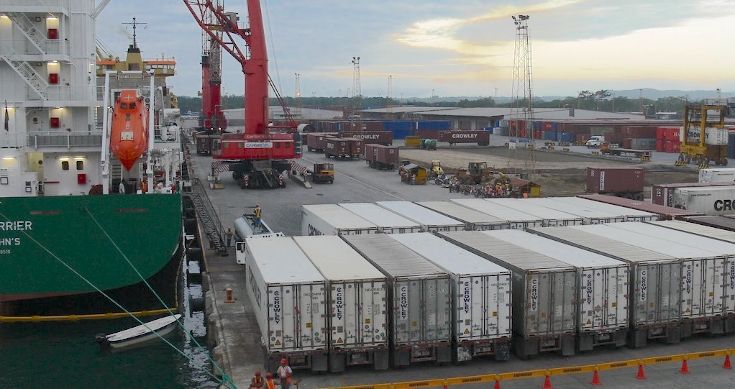 Final data for January trade and retail sales confirmed the solid first estimates issued last month, with the trade surplus jumping to its highest ever level.

The good trade and retail sales figures confirm the economy continues the solid rebound seen in the closing six months of 2020 and illustrated by the 3.1% rise in GDP in the quarter.

The commodity price boom is the main driver of the trade performance and pushed Australia to a record trade surplus in January, hitting $10.142 billion in January, a gain of more than $3 billion on December.

The surplus was higher than the previous peak of $9.636 billion in March 2020. January was the 36th monthly surplus in a row.

Thanks to higher prices for iron ore, LNG and copper the value of exports rose 6% or $2.3 billion to $39 billion for the month.

That was the highest on record and more than $9 billion more than January 2020 (thanks to higher prices for iron ore, copper, LNG, cereals and meat).

The strong performance helps explain why the terms of trade remain high (up more than 7% over all of 2020, according to the national accounts for the december quarter) and why the Reserve Bank’s Commodity price Index is at its highest level for more than 12 years.

Meanwhile retail sales rose a revised 0.5% in January (down from 0.6% in the early report last month).

Food retailing (up 1.6%), household goods (0.1%) and other retailing (1.4%) rose (especially supermarkets, liquor and other specialised foods), Department stores eased 0.4% while sales of clothing, footwear and personal accessories dropped 3.6% (which goes with the sharp fall in imports of clothing and textiles in the same month).

Sales through cafes, takeaway and restaurants dipped 0.8% in January under the influence of temporary lockdowns in some states.

But retail sales were still up more than 10% in the year to January.