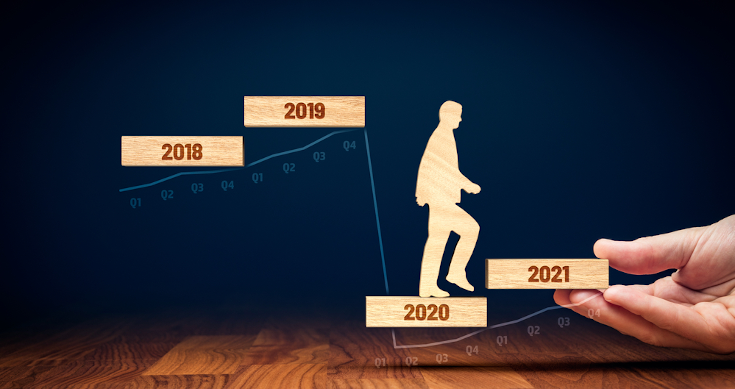 The December quarter national accounts are out later today and will likely show growth of around 2.4% to 2.6% quarter on quarter but GDP at the end of 2020 will still be down around 1.8% over the year.

Trade and government finance data yesterday for the December quarter confirmed a small detraction to growth of the GDP from he current account and another contribution from government assistance programs (although no estimate was provided).

With solid contributions from profits, household consumption but weak spending on corporate investment, economists think GDP growth slowed from the 3.3% in the September quarter to an average of 2.5% in the final quarter of 2020.

Australia’s current account though remains solid – it was the seventh consecutive quarterly surplus in the three months to December and increased $3.8 billion to $14.5 billion (seasonally adjusted), according to the data from the Australian Bureau of Statistics on Tuesday.

At the same time the current account data shows Australian investors resumed offshore spending on assets in the three months to December after selling down foreign holdings in the six months to September to help finance early super releases.

That was positive news and shows investors large and small have regained confidence after the hits taken in the pandemic.

The impact on December quarter GDP won’t be positive – the ABS thinks it will detract from growth by a small 0.1% because in seasonally adjusted chain volume terms, the balance on goods and services surplus fell $500 million, cutting the surplus to $11.8 billion.

Andrew Tomadini, the ABS head of International Statistics said: the seventh consecutive quarterly Current account surplus, in the December quarter 2020, “as driven by strong exports of Australia’s metal ores (up $3.7 billion) and cereal grains (up $1.3 billion) on the back of favourable growing conditions in late 2020.”

“This follows the March and June quarters of 2020 which saw superannuation funds, in particular, selling off foreign equity holdings to provide liquidity for the COVID-19 Early release of superannuation program.” the ABS said.

The increase in December quarter 2020 was partially offset by strong foreign investment in Australian government securities. The Financial account deficit and the offsetting valuation increases of $7.3 billion, resulted in Australia’s net International Investment liability position decreasing by $2.4 billion to $947.2 billion at 31 December 2020.”