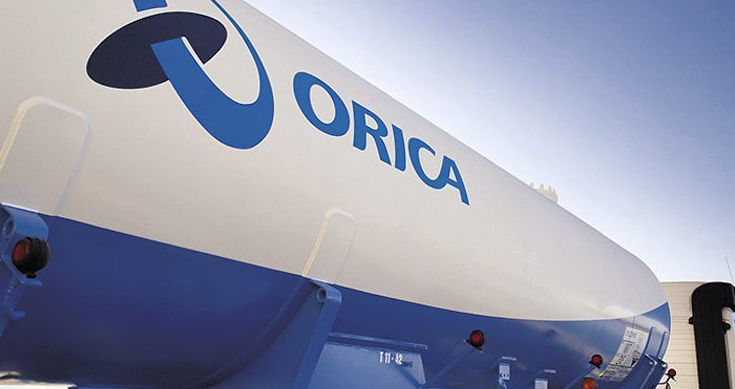 The trifecta for explosives and mining services group Orica on Friday but not a winning one – unfortunately – as the shares slumped 26% at one stage.

The company warned of a $125-million earnings hit for the six months to the end of March thanks to the impact of the china bans on Australian coal imports which have pressured coal prices, as well as the sharp rise in the value of the Australian dollar which is hurting the company’s foreign currency earnings.

And the company revealed the departure of chief executive Alberto Calderon.

Orica said it expected a first-half earnings hit of up to $80 million in its mining division as last year’s trade tension between Australia and China impact explosives demand in the Australian thermal coal sector.

But COVID is having an impact on the company outside of Australia and the US – most notably in key South American markets.

“COVID-19 continues to be a significant source of uncertainty for Orica,” the company said in Friday’s announcement.

“Activity in Colombia is significantly lower than the pcp due to major customers’ temporary and permanent mine closures. Continuing social unrest in Peru and strikes in Chile have reduced demand for products and services in those countries, and COVID-19 has led to an unfavourable but temporary shift in the product mix of customer demand in Peru.

“Mining activity also remains severely disrupted by the pandemic in several other regions, including parts of Europe, Africa and Mexico where the virus has been widespread and its impacts more prolonged than our original expectation. Indonesia has been impacted by lower volumes due to ongoing effects of COVID-19 and adverse weather.”

Orica said the higher Australian dollar would clip foreign earnings by between $20 and $25 million in the half year toMarch 31 and there is a further $15 million to $20 million or so in other costs.

The CEO’s departure was announced in a separate statement to the ASX by Orica chair, Malcolm Broomhead who said Mr Calderon will step down from his role as Managing Director and CEO, after almost six years in the role. He was a former senior BHP executive.

Orica’s Group Executive and President of Australia Pacific Asia, Sanjeev Gandhi, has been appointed as the new Managing Director and CEO of Orica.