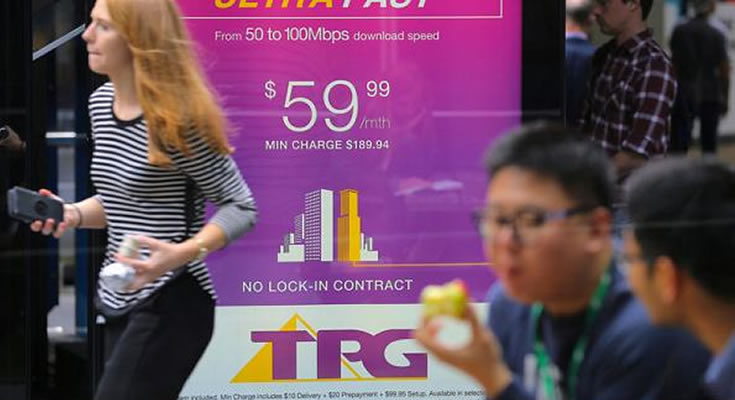 A maiden dividend from TPG Telecom, the country’s third biggest telco, as the contribution from Vodafone Australia kicked in.

TPG revealed the payout of 7.5 cents a share for its 2020 year despite the continuing pressures from the COVID-19 pandemic, payments to the NBN and the impact of the federal government’s ban on Huawei equipment (from China).

Revenue was up 24% to $4.4 billion on a reported basis, which included six months and four days of combined revenue from TPG Corporation and Vodafone Hutchison Australia.

The two companies completed a $15 billion merger last July and TPG has been integrating Vodafone’s operations since.

Profit of $741 million profit for the year followed a loss in the prior corresponding period. On a pro forma basis, NPAT fell 10% per cent to $282 million.

TPG said it grew its market share in the fixed broadband market by 117,000 thousand subscribers with the NBN business growing as well.

CEO Inaki Berroeta was pleased with the results, and said the telecoms company, which merged with Vodafone last year, was well placed to expand its 5G services.

“As we move into 2021, we are building on momentum gained in the final quarter of 2020, continuing our merger integration plans, our 5G mobile network is on track to reach scale in the top six cities by the end of the year, and we will begin offering 5G fixed wireless services in the first half,” he said in Thursday’s statement.

“Our 5G rollout is ramping up across major cities, we launched our digital-native brand felix, and takeup of our competitive Infinite Data plans has been encouraging.“

“Market competition remains very aggressive, and while it’s great news for customers as they are receiving more for less, it’s a challenge for mobile network operators who make significant ongoing infrastructure investments.”