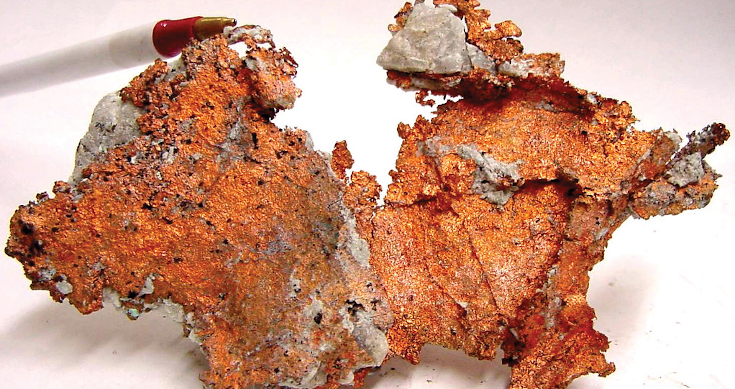 Copper’s boom continued last week, iron ore picked up after the Lunar New Year break, oil fell, especially on Friday and gold again weakened despite rising (and silly) fears about inflation, especially in the US.

Those fears saw US bond yields return to levels of a year ago close to 1.4% before settling back around 1.34% for the key 10-year bellwether US treasury bond.

The bullishness saw the Aussie dollar jump well past 78 US cents on Friday night to end the week around 78.78 US cents, up nearly 1.5% for the week.

The currency looks like it is on its way to 70 US cents. Friday’s close was the highest since March, 2018.

Copper though grabbed the headlines as it surged to its highest in nearly a decade on Friday and its third straight weekly gain as tight supplies and positive sentiment towards base metals continued.

The surge on Friday saw a gain of more than 4% in Comex copper futures prices alone a day after the Lunar New Year ended.

The Comex front month price settled at $US4.07 a pound, the highest it has been since September 2011. It ended after hours trading around $US4.09 a pound for a gain of more than 7% for the week.

The metal is up more than 56% since the start of 2020 and doubled in price since the lows around $US1.91 a pound in late March in the depths of the Covid sell-off.

In London Markets, out month copper prices were trading around $US8,940 a tonne.

A continuing supply and demand imbalance in the copper market has driven prices to these near 10-year highs.

On the supply side, the US Geological Survey (USGS) estimated global mine production of copper was 20 million tonnes in 2020, a drop of 2% compared to 2019.

The USGS said five countries (China, DRC, Russia, Zambia and Kazakhstan) out of the top 10 increased copper output and the other five (Chile, Peru, USA, Australia and Mexico) saw declines.

USGS said that global copper output declined over previous year primarily due to COVID-19 lockdowns in April and May. These disruptions significantly affected output in Peru, the second-ranked mine producer of copper. Production from Peru, the second ranked miner fell 12.5% in 2020.

For companies like BHP, Newcrest and OZ Minerals, the surging copper price will add to solid gains seen in the December half year or in the final quarter.

Rio Tinto though had a weak year with its copper business and will be looking to recoup some of the underperformance this year from the very strong price which is being driven by the boom in renewables and electric vehicles.

And global iron ore prices remained solid after the week-long break in China – a small dip on Friday followed a big rise on Thursday as the break ended.

The price of 65% fines delivered to northern China (mostly from brazil) ended at $US197.20 a tonne after touching a high $US198 a tonne on Thursday.

Oil prices lost ground on Friday as energy companies in Texas and nearby states began preparations to restart oil and gas fields shut down by freezing weather and power outages.

For the week, Brent gained about 0.5% while WTI fell about 0.7%. Last week, both benchmarks climbed to the highest in more than a year with WTI above $US60 a barrel.

The big freeze in Texas and the Plains states curtailed up to 4 million barrels per day (bpd) of crude oil production and 21 billion cubic feet of natural gas, according to US energy analysts.

And on Friday it was revealed that US energy firms this week cut the number of oil rigs operating for the first time since November, according to the weekly Baker Hughes survey.

The overall oil and gas rig count was unchanged at 397.

Despite rising for six months in a row, the combined count is still 393 rigs, or 50%, below this time last year.

The total count is up from hitting a record low of 244 in August. the number of active oil rigs fell to a low of 172.