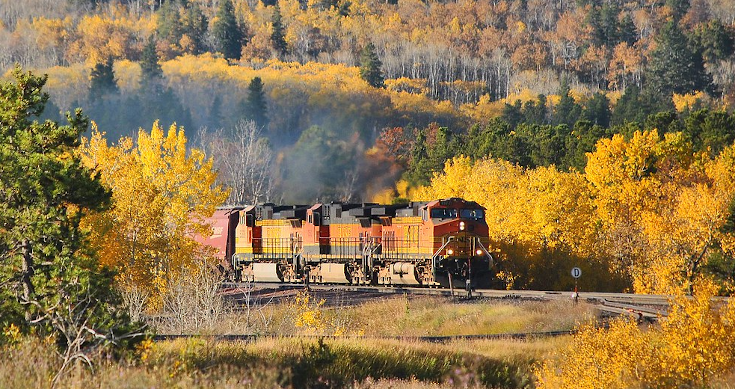 Rail group Aurizon has edged up interim dividend to 14.4 cents a share for the December half from 13.7 cents for the first half of 2019 despite a weak performance.

The rail group revealed that earnings had been hit by the Chinese ban on Australian coal imports, but despite that it also lifted guidance slightly despite the problems with its biggest commodity

The company said it is now forecasting is 2020-21 full year earnings before interest and tax guidance of between $870 million and $910 million, slightly higher than market estimates for $848 million.

The company reported half-year statutory earnings of $454 million, down $2 million on the previous corresponding period.

Net profits after tax fell 22% to $267 million, but that was misleading as the previous year’s first-half profit of $343 million included $165 million from selling its Rail Grinding business.

CEO Andrew Harding said Aurizon was confident in the “long term demand for high quality Australian coal” despite a 4% fall e in the amount of coal Aurizon Coal carried in the first half of 2020-21 to 102 million tonnes (mt).

“The business has performed solidly in a market that has seen demand impacted by COVID-19 and a challenging trade environment with China,″ Mr Harding told the ASX on Monday.

“Steel production has now resumed to pre-COVID levels, though the challenging trade environment with China will continue to impact near-term export volume.

“We expect continued coal export growth of 1 per cent per year over the next decade, supported by steel-intensive growth in India and a relatively young fleet of coal-generation power plants in Asia.″

On the wider Aurizon Network, coal transportation fell 11% in the half due to lower output from Queensland coal producers.

Aurizon said the decline in coal was partly offset by an 11% rise in the volume of other commodities transported including fertilisers, industrial products and battery inputs.

During the half, Aurizon secured contracts for Perth-based Mineral Resources and a big grain haulage contract in Western Australia.