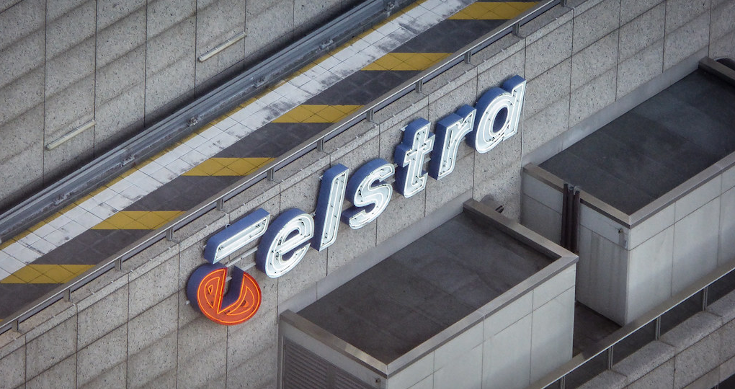 Telstra shares did OK yesterday as it maintained its dividend in the face of more pressures on its businesses in the six months to the end of December.

Its December half results on Thursday revealed a double-digit decline in underlying earnings and a fall in revenue of the same size – with COVID, the NBN and the continuing competition in mobile the trio of nasties for the company in six months.

The company took a hit of around $170 million from COVID in the half and is looking for that cost to moderate as vaccinations are rolled out in the six months to June.

But despite the bad news, shareholders will receive an interim of 8 cents a share and CEO Andy Penn assured shareholders they would receive the same amount for the second half.

Mr Penn also indicated that company’s core but wounded mobile division would return to growth by the end of the financial year.

Mr Penn said the company was looking for external investors for its recently separated tower company (which will generate more cash and allow the prospect down the track of a spin off or IPO).

“After a decade of disruption following the creation of the nbn, and with its rollout now declared complete, we can clearly see the path to underlying growth ahead of us,” Mr Penn said in a statement filed with the ASX on Thursday.

The company said underlying earnings before interest tax depreciation and amortisation fell 14.2% to $3.3 billion over the half, due to the large payments to NBN Co and the extra costs from the coronavirus pandemic, which among other issues caused declines in international roaming revenues and additional expenses for customer support.

The pandemic also saw Telstra add $100 million in costs for pausing its job cuts of 1,400 positions. Those cuts were restarted last week and another 800 positions will go as well by the end of this year.

The result follows an announcement in November that Telstra’s group of companies would be split into three separate entities – InfraCo Fixed, InfraCo Towers and Serve Co.

Mr Penn said a search for external investors for the tower division would take place in early financial year 2022. No doubt trhe usual flock of wannabees will appear – led by a flock of super funds.

Now that a Macquarie offshoot wants to buy rival Telco and cable group, Vocus, will the bank rule itself out of any attempt to snuggle up to Telstra?

IBISWorld Senior Industry Analyst Liam Harrison yesterday forecast that “Telstra will likely continue suffering revenue declines over the next year, as it continues to roll out its Telstra2022 plan and focuses on improving profitability.”