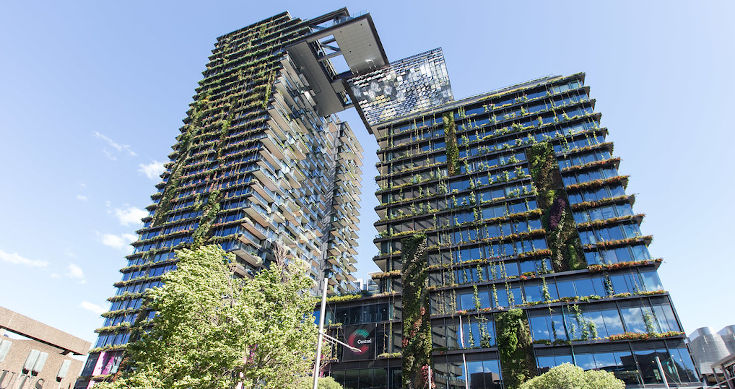 Another six months of weaker than expected property values thanks to the pandemic has seen Dexus, the country’s largest office landlord, reveal a 55.5% slide in net earnings for the half year to December.

Dexus controls a $16.5 billion national property portfolio dominated by CBD office towers. That has made it particularly vulnerable to the pandemic’s lockdowns that emptied offices around the country in the closing months of 2019-20 and continue to see offices less than full.

The year to June last year saw Dexus report a 23.2% fall in net profit to $923.3 million, thanks to lower net revaluations of investment properties in 2019.

Now for the same reason in the six months to December, Dexus reported a profit of $442.9 million, primarily the result of that slowing growth in asset valuations.

Those gains were a significant decrease – $551.3 million, from the previous corresponding six-month period before COVID-19 hit when the office sector was still ding well with full buildings, bustling retail spaces which meant historic low vacancy rates and high occupancy levels.

But no longer and the current June half year could see an even tougher period if the December half slowdown in valuation growth is any guide. On current trends Dexus is looking at net profits substantially less than the $923.3 million in 2019-10 (which was a fall of 23% from 2018-19).

Dexus’ results show how COVID has eaten into the property group’s earnings in all operating segments. Funds from operations – the key industry metric that excludes gains or losses from property valuations – fell 0.7% to $375.6 million from the previous corresponding period (when times were good).

Income from the group’s office towers – 83% of its portfolio – fell 2.9%, largely due to rent relief given to tenants and as a result of some asset sales.

And while rents in Dexus’ key CBD markets remain largely unchanged, effective rents (the actual rent received after any discounts) remain under pressure as incentives continue to increase.

Dexus expects the incentives offered by landlords to attract tenants in tough times – like rent free periods – will moderate over the next year because of “better than expected market occupancy levels”. But before then, it is going to be a drag.

Like-for-like income growth in the fund manager’s office portfolio fell 4.6% over the half year after rising 2.4% over the 2019-20.

With datapoints like that, it’s no wonder the securities eased in yesterday’s mixed ASX trading (a strong opening and then a long fall into the red for the day).

The securities fell 3.5% to $8.42. That’s the lowest they have been since May, 2020 as they recovered from the first COVID sell off in February and March.