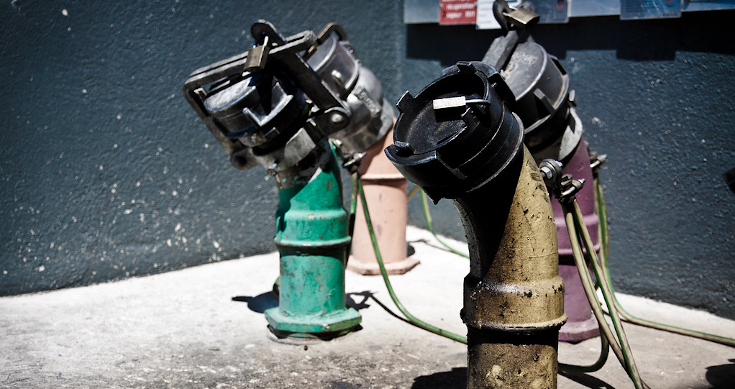 On the one hand AGL revealed more than $3.5 billion in writedowns and losses on assets and electricity purchase contracts.

On the other, Origin Energy upgraded earnings and failed to mention any review or impairment of asset values and electricity contracts.

The share prices of both companies fell – Origin shares dropped more than 7% at one stage before closing down 6.8% at $4.62

Origin took a $1.2 billion writedown in July 2020 (and taken into the 2019-20 results) because to the sudden drop in LNG prices made its investments in LNG less valuable.

LNG prices recovered a bit in December and January, but there was no news about whether those cuts would be reversed (see more below).

AGL’s news was the big announcement and the $3.7 billion in writedowns seems not to have been as shocking to investors as the headline sounds.

Driving the latest writedowns has been falling electricity prices. That saw AGL write down the value of power purchase contracts by more than $1.9 billion on a gross basis.

Further impairments of $532 million will be made AGL’s Generation Fleet and Natural Gas assets, net of a positive tax benefit of $878 million.

AGL said that these charges follow an accelerated deterioration to long-term wholesale energy market forecasts in recent months. This, it said was reflective of policy measures to underwrite new build of electricity generation and lower technology costs, leading to expectations of increased supply.

As a result of the above, the long-term outlook for wholesale electricity and renewable energy certificates is now pointing to a sustained and material reduction in prices.

Combined with sharp reductions in near-term wholesale energy prices as a result of challenging macroeconomic conditions, and the outcomes of its three-yearly review of environmental restoration provisions, AGL was forced to cut the valuation of its Generation Fleet (power stations) cash generating unit.

Meanwhile investors took a stick to Origin’s shares on Thursday, adding to the losses over the past year.

Up to Thursday the shares were down 37% in the year to this week and Thursday’s slide took that to 44% as investors continue to sour on its LNG businesses and worry about falling electricity prices and the impact of that on Origin’s finances.

Despite the absence of any news of asset write downs, the impact of falling electricity prices was there for all to see.

The company blamed this loss to lower wholesale prices, payment of a non-recoverable $40 million increase in network costs and the impact of mild summer conditions.

The company also said its natural gas gross profit is also expected to be down $200–250 million year-over-year. This has been raised from the original $100–150 million estimate.

Origin advised that the decline of the natural gas gross profit was influenced by lower sales and the roll off of legacy sales contracts that totalled $70 million.

In addition to the lowered guidance, the company said the current business environment was still being impacted by COVID disruptions to demand and weather patterns brought by La Niña.

Origin downgraded its underlying earnings (including electricity and gas) to the $1–1.14 billion range. Its initial guidance estimated between $1.15–1.3 billion.

A raft of other power companies – retailers and suppliers, especially wind farm and solar operators (and including state owned companies in Queensland) face a tough outlook for the rest of the year and into 2021-22 if the AGL and Origin statements are any guide.

AGL’s writing down of the value of its power offtake deals with wind farms (none named) will trigger a reduction in their asset values as well.

The chances of a new coal or gas fired power station being built on the East Coast have been dealt a death blow by AGL’s impairments. The only way of building new fossil fuel plants will be via government finance or guarantee.