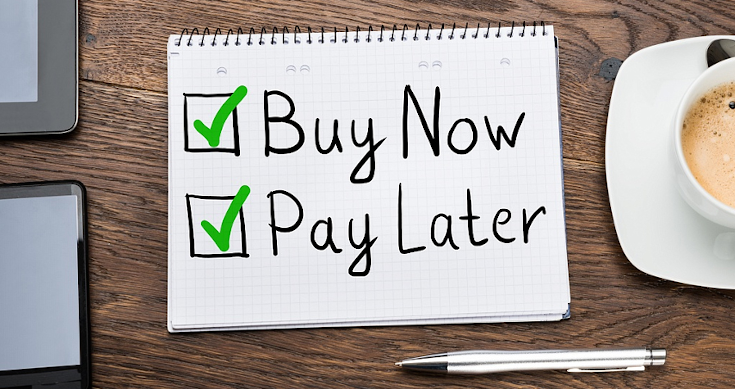 So if UK regulators see problems in the buy now pay later scheme being promoted by companies led by ASX darling Afterpay, why don’t their Australian counterparts hold the similar fears?

After all the idea took root in Australia and is more deeply entrenched in the retail process and was given a big kick along in the pandemic driven lockdowns in 2020 (which was a similar experience in the UK).

But fears about the rapid rise in these schemes saw UK regulators (unlike those in Australia), led by the Financial Conduct Authority (FCA) launch an inquiry last year and produce a report and 26 recommendations on Tuesday which will attempt to rein in these plans which are led by companies such as Klarna, a Swedish company, and Afterpay.

And underlining the problem, the man who led the inquiry said in the report’s foreword “I would draw attention to an urgent need to regulate all buy now pay later (BNPL) products. While the emergence of unregulated BNPL products has provided a meaningful alternative to payday loans and other forms of credit, BNPL also represents a significant potential consumer harm.”

That is an observation unheard in Australia except by some consumer law groups.

The report urges buy-now-pay-later (BNPL) products should be brought under FCA regulation as soon as possible. That would be akin to the Australian schemes from the likes of Afterpay being brought under the control of, well, the ACCC, ASIC or APRA. First stop is the Financial Complaints Authority.

ASIC last year ruled out the sort of regulation that the FCA in the UK now proposes. “Policy and regulation of the buy now pay later industry remain a matter for Government and, ultimately, the Parliament,” ASIC said.

And don’t expect very much from the Morrison government or the ALP for that matter as a Senate Committee investigating new financial technologies concluded in 2020 that further regulation could put competition at risk.

That is not a fear in the UK.

Buy now, pay later schemes are offered through major retailers and service providers and allow people to split payments without paying interest and are used by millions of shoppers.

The FCA said that the schemes are used by five million people in the UK for total sales of £2.7 billion (nearly $A5 billion) in the last year. The FCA estimated that 4% of UK retail sales were being conducted through these schemes. But the report found that 10% of these users, or around 500,000 people had debt arrears elsewhere. The inquiry says UK BNPL credit tripled in size in the lockdowns in 2020.

The UK Economic Secretary to the Treasury John Glen said in a statement that “by stepping in and regulating, we’re making sure people are treated fairly and only offered agreements they can afford – the same protections you’d expect with other loans.”

Chris Woolard, who led FCA investigation, said that although buy now, pay later was convenient for some people, for others it was “a really easy way to fall into problem debt”. And there are problems for other lenders as well.”

“Buy Now Pay Later debt is not registered in any way so it is not be seen by credit reference agencies and other lenders. While that would allow consumers to build up debt, it also is a way for credit offerers to end up with far more non-performing loans than they thought they had on their books.

Under the new UK plans, obtaining BNPL credit will become a bit harder with providers to be required to undertake affordability checks before lending and ensure customers were treated fairly, particularly those who are vulnerable or struggling with repayments. In other words, there will have to be comprehensive credit checks before a loan could be established.

The UK government said it would legislate as soon as possible, following consultation. The BBC reported that Alex Marsh, the UK head of Swedish company Klarna, accepted that “now is the time for regulation”. He said the company worked with those who fell into debt, but ultimately missed payments could be forwarded to debt collectors.