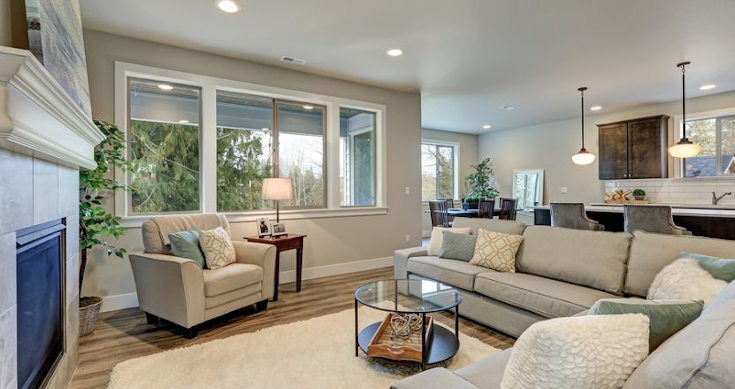 Temple & Webster ((TPW)), Australia’s largest pure online homewares and furniture retailer, is growing rapidly and has stepped up advertising expenditure and reinvestment in its business.

Long-term opportunities lie with expanding categories and the relentless shift of customers to e-commerce. The company reported first half revenue of $161.6m which was up 118%. Growth is ahead of category trends, Macquarie notes, and the business is gaining share.

There was a difference to “check-out” revenue, which was up 124%, but this was a timing issue and, had the deferred revenue been delivered, Macquarie notes earnings would have been closer to its forecasts.

Part of the shortfall in broker expectations Bell Potter attributes to delays in fulfilment, because of supply constraints that arose following record sales on Black Friday/Cyber Monday.

Moreover, the company’s update on January has signalled sales were up over 100% and the broker forecasts second half sales growth of around 69%, including the cycling of strong comparables in the fourth quarter.

Despite some bottlenecks Macquarie observes suppliers are managing to keep up and Temple & Webster’s active customer base increased 42.7% over the half year. Private label is now 25% of revenue, assisting gross margin.

One aspect of the results that disappointed the broker was operating cash flow, which was not at the levels seen in FY20, and stemmed from the investment in private label, although this is expected to stabilise over time.

Revenue growth will taper off as 2021 progresses but Macquarie believes the market understands this will be the result of reinvestment. The main issue, therefore, is the longer-term potential and the timeframe over which growth can be delivered.

The broker remains cautious, retaining a Neutral rating with a $10.90 target, largely because of whether the level of expenditure in this category can be maintained and the potential for omni-channel operators to recover market share as consumer spending patterns normalise.

The main initiatives slated for the second half include an Android app, visual search and augmented reality 3D product models, as well as after-hours service. The platform is highly scalable, Macquarie points out, and could handle multiples of existing ranges.

In allowing for the increased reinvestment in growth initiatives, Bell Potter reduces its target to $11.75 from $12.60 and retains a Hold rating based on valuation. Still the broker recognises the opportunities are significant and maintains a positive long-term view.

Goldman Sachs, with a Buy rating and $12.85 target, has downgraded estimates as the cost base in the first half results was higher than previously assumed. Still, the investment view is considered largely intact, although there will be elevated uncertainty as to how strong comparable periods are cycled.

The broker is attracted to the tailwinds in online commerce penetration and notes the company’s leading position in its category, and the significant room for further growth. Furthermore, growth opportunities are underpinned by the fact the Australian homewares and furnishings market is at the early stages of e-commerce adoption compared with similar markets offshore.

In calculating the market potential, Goldman Sachs compares Temple & Webster to JB Hi-Fi ((JBH)), an Australian retailer that scaled up in a similar way to how Temple & Webster is expected to perform.