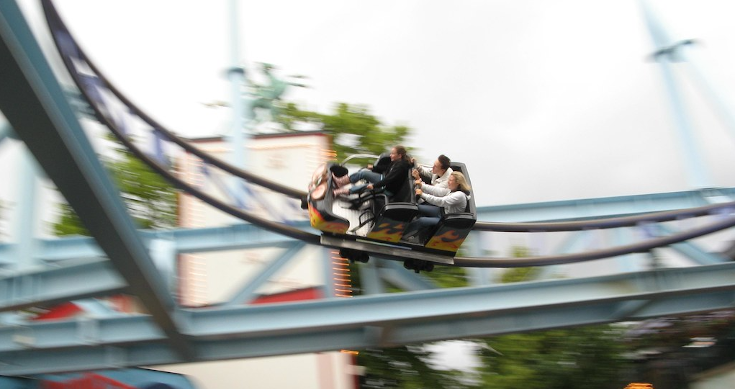 For investors, it can be better to travel than to arrive. The last year has been characterised by unremittingly gloomy headlines but a counter-intuitively buoyant stock market. This is puzzling for many, but even experienced investors who understand that this is how markets work are starting to call time on the remarkable rally since last spring.

Are they right to do so? In the short term, possibly. On a medium to longer term view, I suspect not. The risk of a correction has risen recently, and I would not be at all surprised if a combination of apparently positive developments provides the trigger for a setback. Brexit in the bag, Biden in the White House and jabs in millions of arms are all good news but investors may not see it that way. While there was so much still to be resolved, investors could happily look through the gloom. It is the first glimpse of the sunlit uplands that could focus our attention on all that remains unfixed.

You don’t have to go back too far to see the same pattern in the wake of the financial crisis. From March 2009, stock markets traced a similar path. Overlay the latest rally and it is hard to distinguish it from the earlier bounce. But a year into the recovery and investors had become a great deal more skittish. Between the middle of April 2010 and early June, the MSCI World index of global stocks fell by 16%, a significant correction.

It would have been easy to be unsettled by that reversal in the market. After the trauma of late 2008 and early 2009, it would have been tempting to think the previous 12 months had been some kind of sucker’s rally. It was not. It was the first phase of one of the market’s longest bull markets. The correction was the pause that refreshed. Ten years on the market has risen nearly three-fold. The stumble of 2010 was followed by another in 2011 (remember Greece) and another in 2015 (China this time) but all three were just tests of investors’ resolve.

Many experienced and successful investors are raising red flags today. The annual letters to shareholders from the likes of Jeremy Grantham and Seth Klarman are sounding the alarm about speculative behaviour, irresponsible central banks and excessive valuations. They hear worrying echoes of 2000 in the eightfold rise in Tesla’s share price and Bitcoiners’ renewed crypto crush. They are right to be concerned – complacency is a tell-tale sign that a top is near; when the market rises on good news but ignores bad data or rising infection rates it is a signal that investors are seeing what they want to and rationalising away everything else.

It is also true that the comparison with 2009 is not exact. The market had fallen by 60% from its credit bubble peak compared to last year’s 35% slide from top to bottom. You might have expected a big rally then, not least because valuations were a good deal lower at the trough than they were in March last year. Bond yields had not hit rock bottom and had further to fall; that hand has already been played this time. In 2010 the market remained well below its previous peak; today, special cases like the UK excepted, prices are regularly hitting new highs.

So, I would not be at all surprised to see a correction at some point in the next few months. The more important question is what we should do in anticipation. And the answer to that is the hardest thing of all for an investor – nothing.

Jeremy Grantham’s latest missive outlined his definition of a successful bear market call. ‘It is simply that sooner or later there will come a time when an investor is pleased to have been out of the market. That is to say he will have saved money by being out, and also have reduced risk or volatility on the round trip.’

I agree with that. Missing the very top of the market in 2000 or 2008 will not have worried an investor who sat out the savage three-year downturn that followed the dot.com bust or the much shorter one that accompanied the credit crunch. But the difference between the duration of those two drastic bear markets is important because it signals the difficulty, actually the near impossibility, of timing your re-entry into the market. Navigating market corrections involves two calls – sale and repurchase – and you have to get both at least roughly right. Good luck.

In the case of a short-term correction in an underlying bull market, the need to get back in promptly is even more important. And that is what I expect for a handful of reasons. First, although there are some signs of excess, they are isolated not widespread. Second, despite a likely short-term technical recession caused by the second wave lockdowns, growth this year and next will likely be strong and synchronised. Third, shares are relatively cheap (OK, bonds are expensive, but the comparison still matters). Fourth, unemployment says there is slack in the economy; inflation remains tomorrow’s problem not today’s. Fifth, we are experiencing co-ordinated fiscal and monetary policy stimulus that we have not seen for 70 years.

The final reason to ride out the correction, if and when it comes this year, is the possibility that the 2020s turns out to be a historic decade of growth and innovation. Ten years in which the short-term recovery from the pandemic coincides with the longer-term opportunities to rebuild the western world’s crumbling infrastructure. All that while simultaneously investing in the solutions to the climate crisis that has hidden behind Covid but never went away. It is better to travel to arrive, but the journey continues.