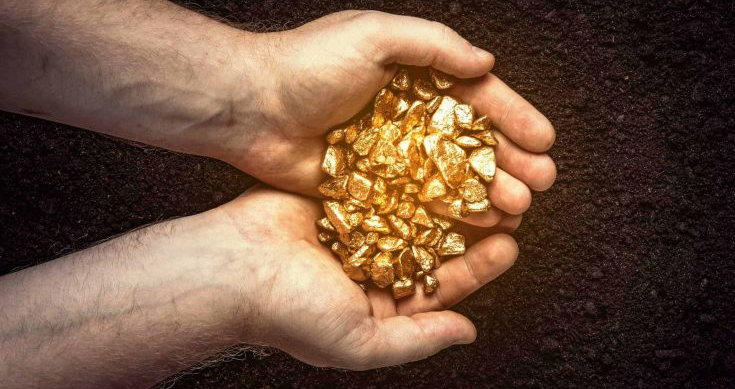 Newcrest Mining shares dipped 2.8% on Thursday in the day’s market wide sell-off and lower gold prices as investors ignored what was good news from the country’s top gold miner.

For once its problematic Lihir mine in PNG helped the company in a positive fashion, enabling Newcrest’s second-quarter gold production to beat analyst expectations.

The shares ended down at $25.33 in a market buffeted all day by uncertainty and instability caused by volatile trading conditions on Wall Street and rising fears of more COVID lockdowns and a sagging US economy.

Normally that’s fertile ground for gold, but that wasn’t to be the case which traded in the red through Asia and early European dealings last night.

Production from Lihir jumped to 200,173 ounces from 163,994 ounces a year earlier, but its flagship Cadia mine in NSW prevented Newcrest from having a very good quarter with a slip in output to 194,088 ounces from 239,722 ounces last year.

Newcrest said output was up 6.4% compared to the September quarter, boosted by an increase in throughput and the recovery at Lihir.

The gold producer in October had approved expansion of Cadia mine and a recovery project at Lihir to boost production, following a decline in output in the prior two quarters.

The miner warned of planned shutdowns at Cadia and Lihir mines in March quarter, expecting a likely drop in mill throughput compared with the three months ended December.

All-in sustaining costs for the group in the quarter stood at $968 per ounce, compared with $859 a year earlier.

Newcrest CEO Sandeep Biswas, said in Thursday’s statement that the results for the December quarter “were underpinned by a strong operational and safety performance together with significant advancements in our growth agenda and sustainability commitments.”

“Newcrest’s quarterly gold production was 6% higher than the prior period reflecting a stronger performance from Lihir and Telfer combined with a reduction in scheduled maintenance events in the quarter. Our world-class Cadia asset continues to break records, reporting its lowest ever quarterly All-In Sustaining Cost of negative $6/oz, which equates to an All-In Sustaining Cost margin of $1,821/oz on its almost 200,000 ounces in the quarter.”

“At Lihir, we are on track to release the outcomes of the mine optimisation study with our Half Year Results in February. The continued improvement of the handling and processing of the argillic ores has contributed to an increase in throughput and recovery, and culminated in a 13% increase in gold production in the quarter.

“Red Chris and Telfer also achieved new safety records in the quarter, reporting their lowest ever injury rates. This fantastic achievement demonstrates the success of Newcrest’s Safety Transformation Plan and highlights the commitment and dedication of all our people in embedding the safety culture in our workplace,” he said.