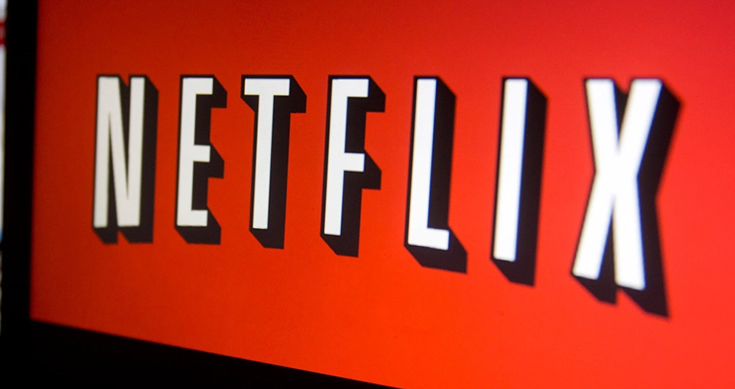 Netflix shares are heading for a weekly gain of more than 15% as investors realised that for now it has won the streaming video battle with its myriad rivals led by Disney.

But the surge boosted the company’s value by nearly $US40 billion as investors contemplated the message from a surprisingly upbeat 4th quarter filing for 2020 and for the full year.

What it showed was that Netflix is now the most profitable streamer globally with well over 200 million paying subscribers.

It was the second time in less than a year that Netflix has stunned its rivals – in April 2020 it revealed an unprecedented 15.8 million jump in subscriber numbers and revealed the positive impact the pandemic lockdowns was having on many companies, especially techs.

That in turn helped turnaround sentiment towards megatechs which helped power Wall Street out of the March lows to a massive rebound by year’s end.

On Tuesday it confirmed that its financial position was now more stronger than ever when it revealed that from this year onwards it would not need new borrowings and would be cash flow positive.

“We believe we no longer have a need to raise external financing for our day-to-day operations,” the company said in the usual letter to shareholders explaining the quarterly result.

The company will repay (not rollover) $US500 million in bonds that mature on February 1, a sign of the confidence management has on the company’s future finances.

With $US8.2 billion in cash — and a $US750 million credit line that hasn’t been drawn down — Netflix said it no longer needs external financing. It’s also considering stock buybacks, something it hasn’t done in about a decade.

With a $1 a month subscription price rise under its belt for 2021, Netflix will now slowly lift its charges globally to try and keep subscribers paying more of the annual production charges. That’s essentially the model that started pay TV around the world.

That’s despite planning to spend between $$US19 billion this year on content, a figure that sceptical analysts thought would bring the company down. (2020 spend fell to $US12 billion with the hiatus mid year in production because of COVID). But it hasn’t

Netflix’s new approach is also confirmation that the streaming video business has matured more rapidly than forecast by investment and media analysts. The company is now the outright leader and positioned to exploit the rapid change in video consumption.

So its eat your hats for all those analysts and other experts who have consistently claimed Netflix was a debt-driven house of cards that was bound to collapse under its billions of dollars of debt.

Netflix is now saying that its gamble to borrow heavily to build content and establish production deals with a fleet of creators in the US and globally, has paid off and will continue to do so.

Hollywood is now the corporates with huge debts that could threaten the well being of the likes of Disney, Warner (even though it owned by AT&T), CBS, NBC (even though it is owned by Comcast).

Only Apple and Amazon have the financial firepower to take on Netflix and while both are in the business, it is only a part of their business models. Netflix remains the purest streamer of them all.

Debt will remain in the range of $US10 to $US15 billion ($US16 billion currently but will fall $US500 million from February 1). That is after it raised $US15 billion through debt in less than a decade.

With cash of $US8.2 billion, the company had net debt of just $US8 billion (which is a favoured debt measure for all those clever analysts who doubt the company’s model).

But analysts said the most interesting part of the release was the comments from the company that it now expects to be cash-flow positive in every year beyond 2021 and expects this year to be break-even.

In 2021, Netflix will get the benefit from a price increase for US subscriptions that.was announced in the fourth quarter and has just taken effect, boosting the monthly rate of the most popular plan to $US14 a month from $US13. It was the first rise in two years and comes as domestic streaming competition intensifies. There will be more of these to come.

Net cash generated by operating activities in the fourth quarter improved to a negative $US138 million versus negative $US1.5 billion the year earlier, according to the quarterly report.

Free cash flow for 2020 was a positive $US1.9 billion against a negative $US3.3 billion in 2019. That’s a $US5.2 billion turnaround and is perhaps the best indication of the improvement in Netflix’s finances (and can be partly explained by the production halt during 2020).

“This is in sharp contrast to Disney and many other new entrants into the streaming market who expect to lose money on streaming for the next few years,” said eMarketer analyst Eric Haggstrom.

Netflix said it will explore returning excess cash to shareholders via share buybacks.

From October to December, Netflix signed up 8.5 million new paying streaming customers as it debuted widely praised series “The Queen’s Gambit” and “Bridgerton,” a new season of “The Crown” and the George Clooney film “The Midnight Sky.”

Netflix’s worldwide membership reached 203.7 million. The company that pioneered streaming in 2007 added more subscribers in 2020 than in any other year (36.6 million), boosted by viewers who were forced to stay home because of the pandemic.

Netflix said most of its growth last year – 83% of new customers – came from outside the United States and Canada. Of this figure, 41% joined from Europe, the Middle East and Africa. They are low cost subscribers and while growth will come increasingly from these areas, revenue growth will lag. That could be a future constraint.

But unlike its rivals, Netflix is producing more and more content in different languages – Spanish, German, Korean, Icelandic, French, Japanese, Hindi for example. They will give it an unrivalled advantage for years to come in appeal and production values.