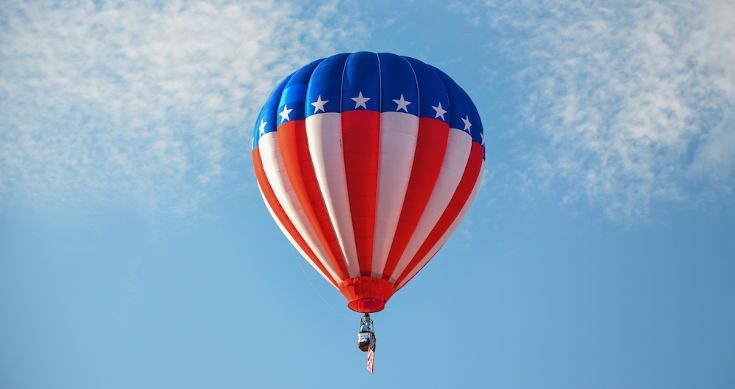 When Joe Biden is sworn in as America’s 46th president on Wednesday, he will shift the focus from his predecessor’s graceless departure to the huge economic challenge ahead. No surprise that while Congress was rushing to impeach Donald Trump last week, the President elect was instead calling for lawmakers to agree a US$1.9trn rescue package to build on the US$900bn signed off before Christmas. He knows his honeymoon may be short.

Democrat control of both houses of Congress may not outlast the mid-term elections at the end of next year. The slender Senate majority that will enable his tax and spend plan is fragile, relying as it does on vice president Kamala Harris’s casting vote. The chance to put money directly into American consumers’ pockets, lift the minimum wage, fund local government spending, extend support to the jobless and a host of smaller initiatives will evaporate soon enough. No time to waste.

Donald Trump talked a good game when it came to government spending but the gridlock that typically characterises US politics meant he largely failed to deliver. Remember the Wall? Unlike his predecessor, Biden will have the advantage of combined fiscal and monetary stimulus the like of which America has not seen since the years after the Second World War. That was a great combination for markets in the short term, but we should remember that it stored up problems down the track.

Now as then, the Federal Reserve is acting in concert with the government to support the economy. The Fed has made it clear that interest rates are on hold for at least the next couple of years. They may still be zero in 2024. The central bank no longer views 2pc as an inflation ceiling but an average target over the cycle. When the high cost of funding a massive deficit is understood, the political pressure on the Fed to keep interest rates lower than they should be will be significant. That is a recipe for rapidly rising prices.

Inflation may seem like a non-problem today. Last week’s consumer price data in the US showed inflation running at 1.4pc, well below the Fed’s target. The latest jobs data show an economy stalling in the face of Covid restrictions. The background disinflationary pressures of a globalised economy remain intact. But it is worth remembering that inflation always seems like tomorrow’s problem until, quite suddenly, it becomes today’s. We have been here before.

Most investors have no experience of inflation. Those whose memories go back to the market environment of the 1970s and 1980s were permanently scarred by it. Warren Buffett’s letters to Berkshire Hathaway investors have over the years been peppered with insights into the malign impact of inflation. He famously said ‘inflation is a far more devastating tax than anything that has been enacted by our legislatures. If you feel you can dance in and out of securities in a way that defeats the inflation tax, I would like to be your broker – but not your partner.’

Buffett understood the damage that inflation can wreak on an investment portfolio. Perhaps unsurprisingly, he was a consistent voice of doom throughout the post-financial-crisis period. Referring to the early experiment with quantitative easing, timid by today’s standards, he warned the Fed in 2010 that ‘we have started down a path you don’t want to go down’. Three years later, he said ‘QE is like watching a good movie, because I don’t know how it will end.’ We may soon start to find out.

Buffett may have worried too soon. History suggests he was right to. In the 1970s, inflation doubled between 1972 and 1974, from 3pc to 6pc, and did so again over the next couple of years. By the end of the decade, prices were rising by 14pc a year. But the damage to the stock market was inflicted at the start of that spiral as complacency was replaced by fear. By the time inflation was running riot at the beginning of the 1980s, the markets were already scenting recovery. The moment to protect your portfolio had passed.

The time to bolster your defences against future inflation is now and the smart money is already doing so. Investors are pouring money into the inflation theme. According to Bank of America, last week saw near record flows into energy stocks, inflation-protected Treasury bonds, emerging market shares and bank loans, all assets that typically do relatively well in an inflationary environment.

Deciding how best to hedge against a return of inflation is more complicated than the conventional wisdom might suggest. For example, while shares look like they offer some protection, this is more to do with their good long term returns than their ability to offset inflation. Above a relatively low level, rising prices are not good news for equities. The technology shares which have driven markets higher may struggle in an inflationary world, where their future growth is worth less in today’s money. But at the same time, companies with pricing power are well placed to ride an inflationary wave. A company like Amazon confusingly ticks both of those boxes.

Commodities should feature in an inflation-protection strategy, but this is also a mixed bag – gold and energy have a better track record than agriculture and industrial metals. Property is usually viewed as a decent inflation hedge but make sure you are comparing apples and apples. The gains of recent years are partly due to the leverage we are happy to employ when buying a house but would never consider with our other investments.

Joe Biden may this week signal a return to an earlier style of government. For investors, too, it could be back to the future.