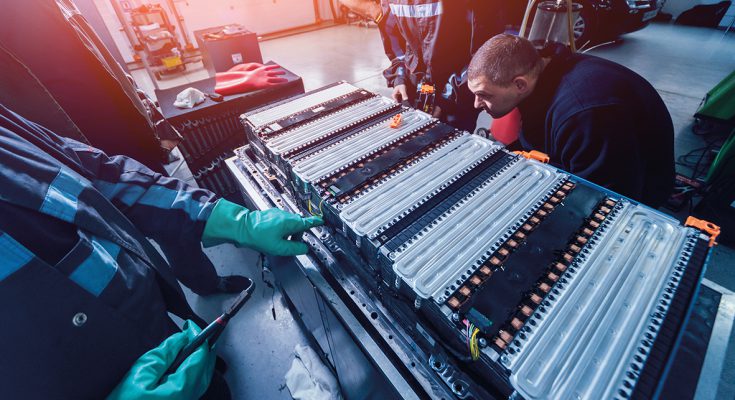 Origin Energy shares eased 1.9% to $5.01 on Tuesday in the wake of the company revealing billion dollar plans for a huge new battery in the Hunter Valley.

The rough treatment of the shares by investors seems silly given that the company now has revealed plans how it is going to transition from its huge coal-fired Eraring power station in the Hunter which is due for closure in 2032 and reduce its carbon footprint in doing so.

The company revealed plans yesterday for a 700 Megawatt battery to be located at the company’s Eraring power station. It will link to the national grid via the current electrical substation for the Eraring complex.

Origin Energy said it has asked for expressions of interest, lodged applications with various regulators for approval and when these are complete, the company’s board will consider the final shape of the project.

The company said if approved the battery will have a capacity of up to four hours of dispatchable power, providing up to 2,400 Megawatts of energy storage capacity.

Construction on the first of a series of three units is due to be done by the end of next year and the battery will be the largest currently battery storage system under consideration in Australia.

Origin said on Monday that it has issued an Expression of Interest to suitably qualified firms to supply and install the large-scale battery. A Connection Enquiry has also been lodged with NSW transmission network service provider TransGrid to connect the battery to the national grid via the Eraring substation.

“We recognise we have an important role to play in positioning Origin’s electricity generation portfolio to support Australia’s rapid transition to renewables.

“A large-scale battery at Eraring will help us better support renewable energy and maintain reliable supply for customers, by having long duration storage ready to dispatch into the grid at times when renewable sources are not available.

“The deployment of this battery at Eraring will support Origin’s orderly transition away from coal-fired generation by 2032, while complementing the policy objectives of the NSW energy roadmap,” Mr Jarvis said.

“Following selection of a preferred supplier, achievement of the required permitting, and establishment of the network connection, as well as Origin Board approval, the operational capacity of the battery is expected to be deployed over three phases, with the first phase expected to be reached by late 2022,” Origin said.