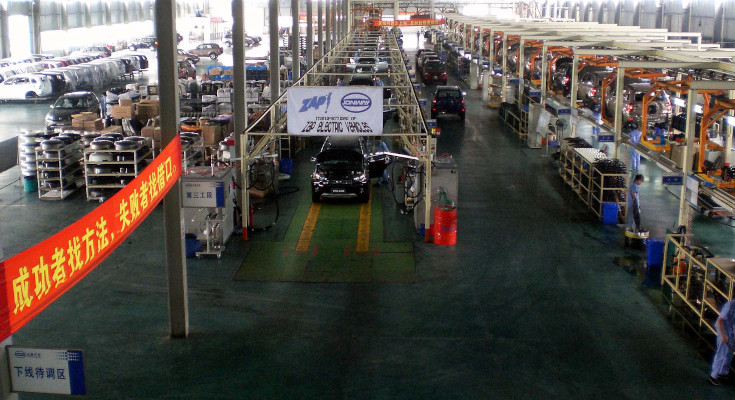 Some signs of cooling in China’s huge manufacturing sector as it ended a chaotic 2020 in December, according to the first survey of activity for the month from the country’s National Statistics Bureau on New Year’s Eve.

While growth in activity remained well above the 50 reading that divides expansion from contraction, export orders eased in December as the impact of COVID-19 surges in Europe, elsewhere in Asia and especially the US trimmed demand.

As well, higher labour and transport costs were also reported as negatives.

The National Bureau of Statistics said the official manufacturing Purchasing Manager’s Index (PMI) fell to a reading of 51.9 in December from 52.1 in November and the 52.0 estimate in a Reuters poll.

That was also much stronger than the reading for December 2019 of 50.2 which confirms the strength of the rebound from the huge contraction seen in February and March as the COVID pandemic and lockdowns hit hard.

The official PMI, which mostly covers big and state-owned firms, revealed an easing in export orders which stood at 51.3 in December, down from 51.5 in November.

A sub-index for small business activity stood at 48.8 in December, sharply down from November’s 50.1 and returning to contraction territory.

The economy is expected to expand around 2% for the full year compared to the revised 6% (originally 6.1%) growth in 2019.

At 2% or so it would be the weakest pace in over 30 years but still much stronger than other major economies still struggling to contain the virus and its continuing impact.

Ahead of China’s peak travel season over the next two months, the capital Beijing has imposed lockdowns on some COVID-infected areas, the first since the last coronavirus outbreak in the months of June and July.

That’s a reminder than even China hasn’t fully escaped the hold COVID-19 has on the global economy and life in general.

Monday sees the release of the other survey of manufacturing from Caixin magazine.