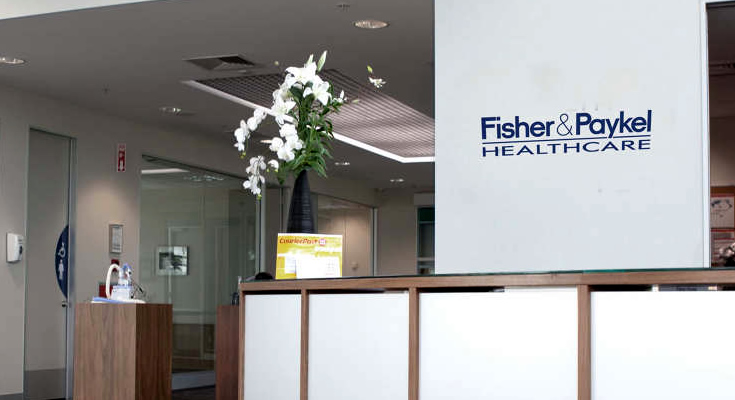 A small dip yesterday in the Fisher and Paykel Healthcare (FPH) share price, despite a solid interim result confirmed the company has had a nice ride on the back of the COVID-19 pandemic.

The easiness in the share price was despite the solid revenue and earnings news and a 33% lift in interim dividend.

The board declared an interim dividend of 16 NZ cents a share to be paid to shareholders on December 16.

The shares ended the day down 2.1% at $31.50 on a market up 0.6%. FPH said net profit after tax jumped 87% to $NZ225.5 million for the half-year on a constant currency basis, as ventilator and hospital equipment sales continued to boom during second waves of COVID-19.

Fisher & Paykel is a New Zealand-based company that designs, manufacturers and markets products for a range of treatments. These include use in respiratory care, acute care, surgery, and the management of obstructive sleep apnoea. A major rival is ResMed, the US-based Australian founded company.

The homecare product group, which includes treatment for sleep apnoea, saw a smaller 5% in revenue to $NZ226.2 million for the half.

Gross margin fell to 61.7% as the cost to transport the goods rose because of the more frequent use of air freight. However, the company said that excluding air freight, gross margin is broadly in line with last year’s performance.

CEO Lewis Gradon said in Wednesday’s statement that the company “had a strong first half of the year and have continued to expand our installed base of hardware in hospitals.”

“Since our last trading update in August, we maintained the same level of both hardware and consumables revenue in our Hospital product group for the half-year. In our Homecare product group, OSA masks revenue also continued at similar levels to the first four months of the financial year.

Fisher & Paykel did not provide guidance for the end of the FY21 year (on March 31). This was due to the uncertain nature of COVID-19, and the fact that vaccine developments are still progressing.