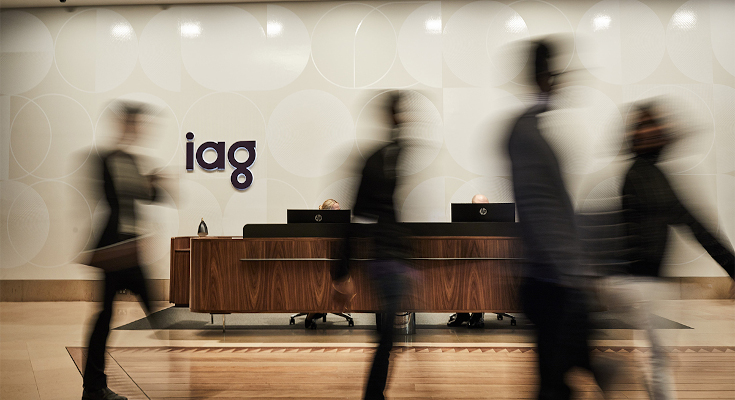 Shares in Insurance Australia Group quite nicely withstood the shock of the news of an $750 million capital raising announcement yesterday as it revealed a massive $865 million bill for COVID-related claims from some of its business customers.

IAG announced the raising and kicked it off with the news that it had already raised $650 million from big shareholders, news that helped settle early nerves among investors.

The raising followed the trading halt late last week to allow the company to look at the impact of a shock NSW Court of Appeal decision that made general insurance companies liable for huge claims under business interruption policies sold to businesses.

The claims are being made against insurers like QBE, IAG and Suncorp by customers for revenue, profit and other losses brought about by the COVID-19 pandemic and associated lockdowns.

With IAG’s $865 million, the cost so far has grown to $1.6 billion (QBE $500 million plus and Suncorp $195 million). This estimate doesn’t cover claims made against unlisted insurers such as the German giant, Allianz and some smaller US and European insurers that may have sold BI policies to smaller businesses.

If the decision of the Court of Appeal is upheld in the High Court, the total cost will top $2 billion.

An insurance test case in the NSW Court of Appeal was lost, opening up the industry to much larger claims that previously though, or none at all. The court unanimously decided that pandemic exclusions in business interruption (BI) policies were not valid.

BI policies are typically held by businesses such as including restaurants, bars and gyms, that were forced to close due to nation-wide lockdowns. Now these business owners may be able to claim for income lost during COVID-19.

IAG is now seeking to raise a further $100 million from Australian and New Zealand retail investors with a share purchase plan (SPP) to be launched next week.

The fully underwritten institutional placement was at a fixed price of $5.05 a share. The non-underwritten retail share purchase plan raising will be at the same price.

IAG shares closed at $5.13, down 6.3% on the day, so those big shareholders who took up the issue are looking at a small profit.

That’s a reassuring sign that investors were not spooked by the size of the potential claims for IAG and the bill.

CEO Nick Hawkins said the capital raising would keep the company towards the top end of its capital targets, allowing it to maintain a dividend payout ratio of between 60% and 80%.

But this would mean any dividend for 2021 will not be franked because the $865 million provision (to cover the potential cost of the BI claims) would result in a big tax loss for fiscal 2021,