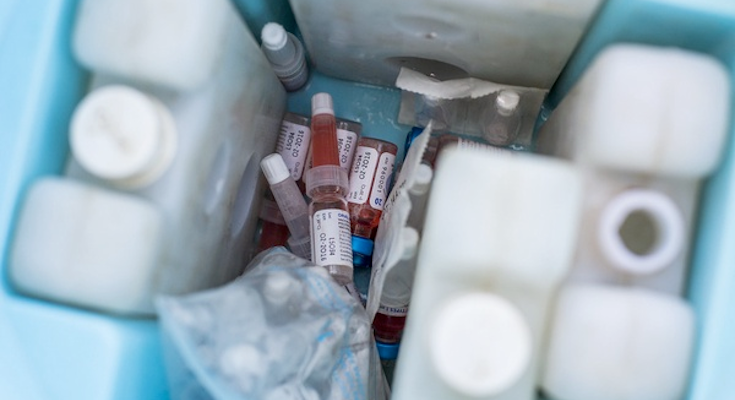 News of South Australia going into a six-day hard lockdown may have caused a brief wobble on the ASX yesterday but did not ultimately upset the momentum. Lucky that woman on the news footage got her 12-pack of toilet paper – hope it lasts the distance.

Yesterday’s trade featured good volume but it was a relatively quiet session. Take out the banks (+1.7%) and nothing much else happened, other than Aristocrat Leisure’s ((ALL)) earnings result boosting the stock by 3.8% and the discretionary sector by 1.1%.

The Australian Financial Review yesterday held a virtual Banking & Wealth Summit, the mood at which the paper described as being strikingly optimistic. Particularly compared with the previous B&WS held in March.

National Bank’s ((NAB)) CEO now believes the Australian economy will be back to pre-pandemic levels in one year rather than a previously assumed two, the AFR reports, while the Commonwealth Bank ((CBA)) CEO does not believe the housing market is at risk anymore.

Josh Frydenberg took aim at APRA, demanding a switch out of tight lending restrictions and back to loose ones to provide an economic boost. What could possibly go wrong? (See: Royal Commission).

It was a collective effort among the majors leading the index up yesterday. None made it onto the top five ASX200 winners’ board, but Bendigo & Adelaide Bank ((BEN)) took the bronze with 4.4%.

Alumina Ltd ((AWC)) was a surprise winner with 5.8%, followed by that name again, Whitehaven Coal ((WHC)), which gained another 5.5%. Aristocrat came in fourth.

One might have assumed Crown Resorts ((CWN)) would suffer more than -0.6% on news it can’t open Barangaroo, particularly having shot up on vaccine excitement.

Speaking of vaccine excitement, healthcare (+0.5%) had a decent session.

Stock moves to the downside were unspectacular. A2 Milk ((A2M)) reaffirmed FY21 guidance at its AGM which apparently is disappointing. It fell -4.8% to be the biggest loser.

Australia’s wage price index rose by a mere 0.1% in the September quarter, missing forecasts of 0.2% and marking the lowest growth on record. Hardly a surprise – when you’re simply trying to keep your business afloat you’re not going to be handing out pay-rises.

ANZ Bank economists cite the RBA’s report that most covid pay cuts (without commensurate cuts to hours worked) remain in place and more than half of firms in the RBA’s liaison program report that wage freezes are currently in place or expected to be put in place. There have also been a number of public sector wage freezes and deferrals of pay rises which have constricted growth.

And that’s before we get to unemployment.

The Aussie initially fell on the WPI data, but that recalcitrant US dollar fell again overnight, so the Aussie’s actually up 0.2%.

With the vaccine wind coming out of Wall Street’s sails last night, our futures are down -19 points this morning.

Having announced two Mondays ago that its vaccine had proven 90% effective, last night Pfizer reported final trials have lifted that number to 95%. Last Monday Moderna pipped Pfizer with 94.5%. We await their next announcement.

The Dow opened up 150 points last night on the news but by late morning the question was being asked as to just how much further Wall Street can rally on more incremental vaccine news, having already posted two big surges on those Mondays. Sellers moved in, and a steady pullback turned into a rush to get out in the last half hour.

The Dow once again tried for the 30,000 mark only to fail; big numbers always present resistance.

The US case-count is now 2.2 million month to date. New York City has re-closed schools. Restrictions of varying degrees are being implemented across different states. As exciting as the vaccine news is, it’s going to be a long time before popular distribution.

Boeing (Dow) got the green light from the regulator last night. The 737 Max can go back in the air. Fabulous news for shareholders. The stock fell -3.2%.

Likely a sell-the-fact response, given Boeing has taken off these past several days on the vaccine news. US airline stocks nevertheless responded positively last night. Now all they need is some passengers.

For Wall Street now, it’s a race between the virus and a vaccine. Stay-at-home stocks found some buyers again last night after having been sold off these past several days. Zoom gained 3.5% against the general tide. Peloton, which if you don’t know sells “smart” exercise bikes and had been a major virus beneficiary, rose 2%.

Meanwhile, Trump still refuses to allow the Biden camp in on the administration’s vaccine distribution plans. The FDA is expected to approve both vaccines in a matter of days, and Pfizer and Moderna are both ready to begin rollout within 24 hours. They have already been producing the stuff in volume just in case.

After alleged Russian interference in the 2016 election, Trump appointed one Christopher Krebs as head of a newly formed Cyber Security and Infrastructure Security Agency. Krebs has told Trump there’s no evidence of the 2020 election being rigged.

Metals prices continue to be mostly on the up, with major post-covid infrastructure programs looming across the globe.

Oil prices are up on the weekly US inventory lottery.

Gold is waning a bit again, even as the dollar index fell -0.1% and bond yields rose. Perhaps the sudden surge in bitcoin has something to do with it.

AM Report: US sharemarkets eased from highs in late trade