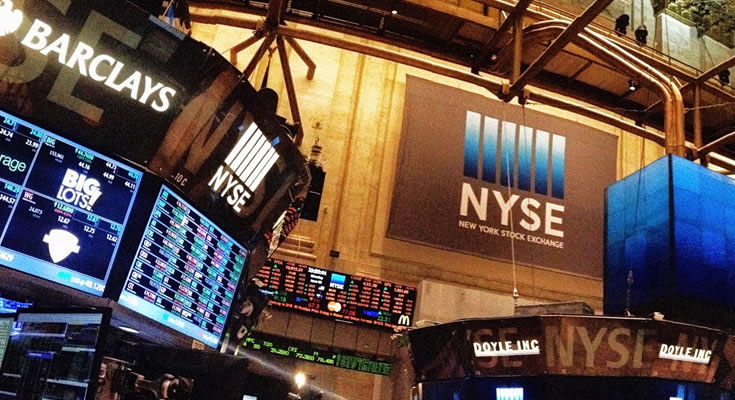 It was a typical and predictable response by the ASX200 yesterday after stock markets around the world tumbled overnight on case-counts and re-lockdowns. Even though we’re going the other way.

All sectors closed in the red, most by roughly the index move (-1.6%) but there were variations.

Energy was the worst performer in falling -2.9% as would be expected on a -5% overnight fall in oil prices, reflecting said re-lockdowns.

The future is not so bright for travel agents, with Corporate Travel Management ((CTD)) again making the top five losers with -5.4%.

It was a busy day for AGMs/quarterly updates and a rather unfortunate one for gauging actual investor responses. ANZ Bank ((ANZ)) reported full-year earnings and fell -2.4%. The dividend did disappoint but was indirectly flagged two days earlier when a larger than expected remediation charge was announced. The banks were always going to fall yesterday anyway (-1.5%).

Consumer staples was the big outperformer in only falling -0.4%. No scenes of Europeans or Americans hoarding toilet paper just yet. Note that along with France and Germany, Greece and Pakistan have now also gone back into lockdown.

Healthcare (-1.0%) and telcos (-1.3%) also fared relatively better than the pack. One of the top five winners on the day was ventilator manufacturer Fisher & Paykel Healthcare ((FPH)), up 1.9%.

So we’ve now had that adjustment and the index is back under 6000 once more. Wall Street posted a wobbly and not too convincing rebound last night and our futures are up 36 points this morning.

All of Apple, Amazon, Google, Facebook and Twitter reported earnings in the after-hours in New York this morning.

Every single one of them knocked it out of the park on earnings per share. Share price responses were nonetheless mixed, noting all rallied on the day into their result releases.

Google (Alphabet) is up 8% in the aftermarket, Twitter is down -15%. Apple is down -4%. Amazon -1%, despite beating earnings expectations by around 75%. Facebook is little changed.

For Twitter, the problem is slow new user growth. For Amazon, guidance is for a weaker result this quarter. Apple refrained from providing guidance, and we note the launch of its 5G iPhone range occurred in this quarter. Facebook has noted a slowing down of usage since the lockdowns.

As was the case with Snap last week, Google’s beat was all about advertising. The prior quarter had seen the company’s first revenue decline in history as lockdowns locked down ad demand. Recently listed Pinterest, which is sort of Facebook-ish, reported during the session and jumped 27% for the same reason.

Alas poor newspapers and television, I knew them well. Can someone please inform Harvey Norman.

Now to the day session on Wall Street.

The US economy grew by a record 33.1% in the September quarter.

The June quarter had seen a record -32% fall, but before you think the US is back in the black and can start selling coffee mugs, top-down/bottom-up measurement means a 45% rebound would have been required to return to square. Looking at quarter on quarter GDP, as most economies do, June saw a fall of around -9% and September a rebound of around 7%.

On an annualised basis, US GDP is down -3.5%. Doesn’t seem like much, but such a loss for the world’s largest economy translates into a dollar amount in the hundreds of billions.

The result was in line expectation and mostly ignored. Wednesday night’s weakness kicked on from the open last night to have the Dow down over -200 points. The cavalry arrived, and a bounce ensued to be up almost 400 points, before the late sellers moved in.

It was a wobbly affair, not untypical of a next-day rebound, and not convincing enough to bury the dead cat. The split of Dow up 0.5%, S&P up 1.2% and Nasdaq up 1.6% had a familiar ring to it.

US weekly new jobless claims fell to a seven-month low 750,000 last week. The trend is back heading in the right direction, but that’s still 750,000 more Americans out of a job, and the worst is yet to come.

One feature of the current result season, whether actual guidance was provided or not, is the number of companies planning to reduce costs with mass layoffs before Christmas. And there’s no JobKeeper.

Base metal prices had been rather resilient on Wednesday night but last night looked a little less so.

With the US dollar up yet another 0.5%, gold is taking the brunt.

Falls in the oils amidst widespread re-lockdowns may not be over yet.

The eurozone reports its GDP tonight. Last night the ECB made no policy changes, but it prepared to act again in December.

The US will see September personal income & spending and PCE inflation, along with consumer sentiment.

Evening Report: Shares up 12% in 1 month

AM Report: US sharemarkets were mixed on Wednesday