We initiated coverage of NML during March 2019 on the basis of its exposure to the burgeoning Victorian exploration scene. NML is focused solely on Victoria, specifically the search for gold deposits within a corridor of rocks that hosts the Stawell (~5 million ounce) and Ararat (~1 million ounce) goldfields. The company aims to discover and develop the next generation of multi-million ounce gold deposits by unlocking the mineral potential of central and western Victoria’s emerging and proven mineral corridors. NML has performed solidly in share price terms, benefitting initially from encouraging results being generated from Stavely Minerals’ (ASX: SVY) Thursday’s Gossan copper deposit, located 30km to the west of NML’s Stawell Corridor Gold Project. Another key project is the Tandarra Gold Project, where high-grade gold has been discovered under shallow cover 60km northwest from the Fosterville Gold Mine.

NML has provided an update with respect to the status of its Jubilee Project acquisition in Victoria, which has delivered the company full control over a complementary and strategic high-grade gold exploration asset, situated 25km southwest of Ballarat.

NML has completed the acquisition of the Jubilee Gold Project in central Victoria, following transfer of exploration licence, EL6689 and a final cash payment to the vendor.

The project is situated within a world-class gold district, 25km from LionGold Corp’s Ballarat gold operations. Historically, the Jubilee Gold Mine produced approximately 130,000 ounces of gold at a recovered grade of 12 g/t, but area has remained virtually untouched for more than a century.

An initial air-core drilling program is scheduled to start in November as a precursor to potential diamond drilling testing of new geophysical anomalies that are thought to represent repetitions and extensions of the Jubilee quartz reefs.

The exploration potential of the project includes extensions and repetitions of the mineralised envelope and high-grade shoots historically mined throughout the Jubilee Mine underground workings. Although operations ceased during 1913 in mineralised quartz at the bottom level of the Jubilee Mine, no extraction or exploration is known to have occurred since that time.

Recent mapping has identified several other prospect areas on the tenement that will also be targeted during the drilling season. NML is presently preparing for its maiden air-core drilling program, ahead of a later diamond core program. 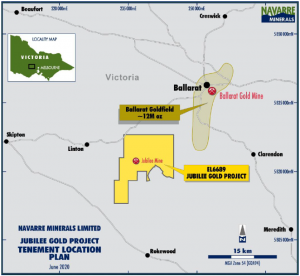 Figure 1: Location of EL6689 that hosts the Jubilee Gold Project, in proximity to the Ballarat Goldfield, Victoria.

The 122 sq km Jubilee Project incorporates the historical 619-metre deep Jubilee Gold Mine (mined from 1887 – 1913) that produced approximately 130,000 ounces of gold at a recovered grade of around 12 g/t from a single east-west trending (transverse) quartz reef. Since the mine closed, there have been no reported modern attempts at sustained exploration and no drilling. The property occurs within a highly prospective and prolific mining district, in close proximity to a significant operating gold mine and processing facility located nearby within the historical 12 million-ounce Ballarat Goldfield.

Since gaining access to the property, NML geologists have uncovered three main target areas thought to be potential repetitions and extensions of the historical Jubilee quartz reefs (Targets A – C). This is a result of compiling historical reports, surface geological mapping and completing a geophysics program using both Gradient Array Induced Polarisation (GAIP) and magnetic methods. An initial air-core drilling program to test these targets is scheduled to commence in November 2020 as a precursor to potential diamond drill-testing. 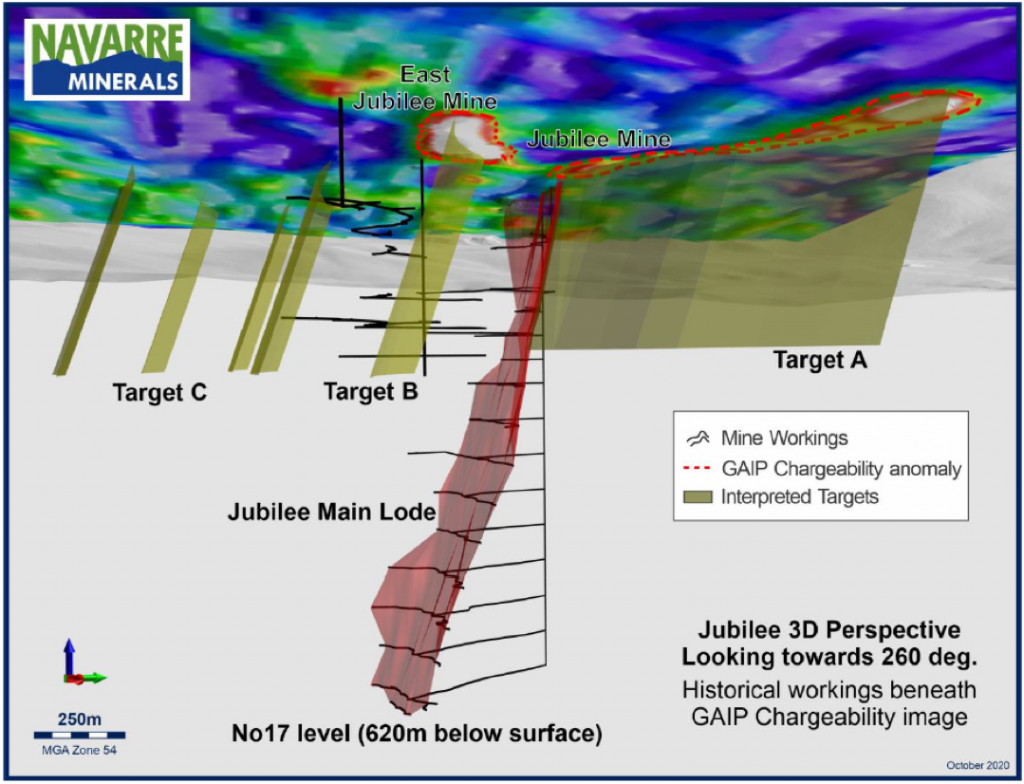 The acquisition of the Jubilee Project is significant, as it delivers the company full control over a complementary and strategic high-grade gold exploration asset, situated 25km southwest of Ballarat.

Meanwhile, NML is involved in an active drilling campaign. It recently welcomed the arrival of a second diamond drill rig at its 100%-owned Irvine Project, 20km of Stawell’s operating mine, where NML is conducting an ongoing resource definition and extension drilling program at Resolution Lode, on the Irvine basalt dome. This program has been extended from 10,000 metres to 12,000 metres, with approximately 7,000 metres completed year to date.

The overall drilling will scope out the depth and strike potential of the Resolution Lode discovery on the eastern flank of the Irvine basalt dome, with the aim of delivering a maiden mineral resource by the end of the March quarter 2021.