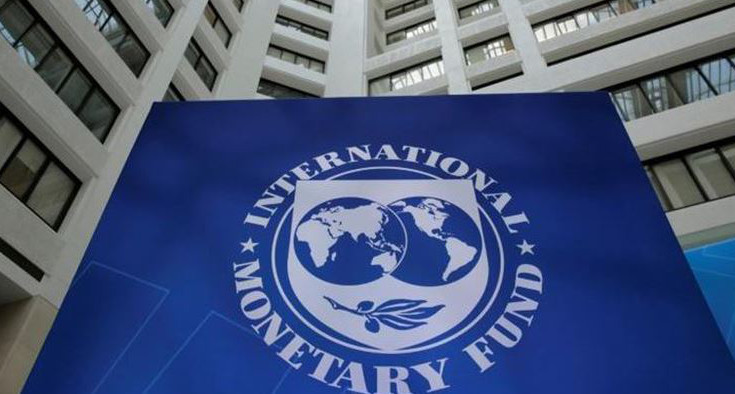 The International Monetary Fund has trimmed the size of its forecast rebound in 2022 for the global economy, while lifting its forecast for this year.

But in an update to its 2020 World Economic Outlook, the Fund warned of a “long, uneven and uncertain” recovery.

The global economy is now projected to contract by 4.4% this year – better than the 4.9% slide forecast in June (which has now been revised to a fall of 5.2% following new methodology used by the IMF).

With the new methodology the fund has clipped its 5.4% growth rate for 2021 back to 5.2%.
The IMF’ said its forecast assumes that social distancing due to COVID-19 will continue into 2021, and that local transmission will fall everywhere by the end of 2022.

For 2022 and beyond, the global economy is expected to “moderate significantly” starting in 2022, the IMF said.

“Both advanced and emerging market economies are likely to register significant losses of output relative to their pre-pandemic forecasts,” said IMF chief economist Gita Gopinath, in a statement accompanying the report.

“Preventing further setbacks will require that policy support is not prematurely withdrawn,” said Gopinath. “Recovery is not assured while the pandemic continues to spread.”

“We are projecting a somewhat less severe though still deep recession in 2020, relative to our June forecast,” Ms Gopinath, said in the latest World Economic Outlook (WEO).

She said the 2020 revision was driven by better-than-expected growth in advanced economies and China (as we saw with the September trade data on Tuesday) during the second quarter of the year and signs of a more rapid recovery in the third quarter.

“While the global economy is coming back, the ascent will likely be long, uneven, and uncertain,” Gopinath said, while adding that “prospects have worsened significantly in some emerging market and developing economies.”

Emerging market and developing economies are seen contracting by 3.3% this year, but in places like India, GDP is forecast to slump by more than 10%.

The United States economy is set to contract by 4.3% this year, but there will be larger contractions in the UK., France, Italy and Spain of around 10%.

COVID-19 infections in a second wave are troubling all four economies and the uS faces problems with Donald Trump’s threat to refuse to accept the November 3 election result should he lose.
The recovery “is not assured while the pandemic continues to spread,” the IMF warned in the update.

“With renewed upticks in COVID-19 infections in places that had reduced local transmission to low levels, re-openings have paused, and targeted shutdowns are being reinstated. Economies everywhere face difficult paths back to pre-pandemic activity levels,” the IMF said.

This is the case in many European nations, which eased lockdowns and restrictions at the start of the summer, but have tightened rules once again as infections rose sharply in September.

The UK, Spain, France and Italy are all battling an upturn in cases with more selective lockdowns and other restrictions rather than repeating the economy-wide halt they announced earlier this year for the first wave.

The IMF also recommended member countries maintain their relaxed monetary policy stances for as long as possible to offset the problems posed by the virus (and especially rising inequality).
National debt in advanced economies is set to reach 125% of GDP by the end of 2021 and to rise to about 65% of GDP in emerging markets during the same period.

The fund is not particularly worried about surging debt levelsfor now as interest rates are low (and will be for quite a while) and the economic rebound in 2021 should help in repaying some of the new debt.

“To ensure that debt remains on a sustainable path over the medium-term, governments may need to increase the progressivity of their taxes and ensure that corporations pay their fair share of taxes while eliminating wasteful spending,” the IMF suggested.