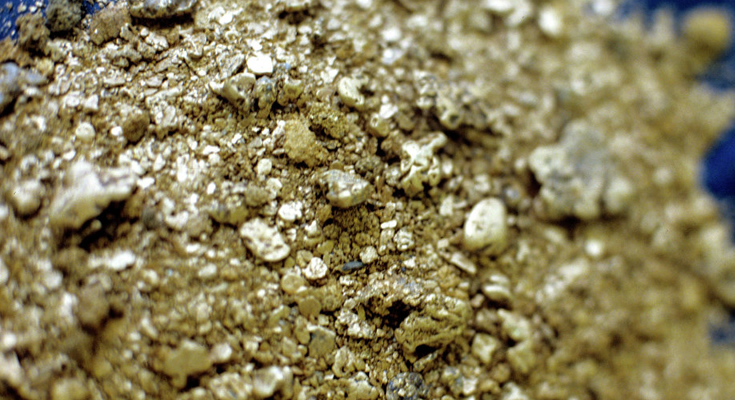 Completion of the divestment of the Second Fortune Gold Mine (and the greater Linden Gold Project) in WA for cash consideration of $9 million, with $5 million upfront and $4 million deferred.

We introduced AWV to our coverage universe back in February 2016, on the back of its ownership of the advanced Big Springs gold project, a Carlin-style gold deposit, located in an established gold mining region in north-eastern Nevada. The project produced 386,000 ounces of gold between 1987 and 1993 and hosts a JORC 2012 Mineral Resource comprising 16 million tonnes at 2.0 g/t Au. Whilst AWV sought to diversify its asset base through the acquisition of the Second Fortune gold mine in Western Australia, geotechnical issues led to a temporary cessation of mining at Second Fortune and the company recently elected to dispose of the asset, resulting in sale proceeds of $9 million. The company has now regained its project momentum at Big Springs, with a change of management and accompanying capital injection, providing the means for it to redeploy resources to recommission exploration activity.

AWV has provided an update with respect to its Linden Gold Project in Western Australia, advising that it has completed the planned sale for total cash consideration of $9 million, to the Linden Gold Alliance.

AWV has completed the planned divestment of its greater Linden Gold Project (which includes the Second Fortune Gold Mine), to the Linden Gold Alliance Pty Ltd. Total cash consideration for the sale is $9 million, comprising a $5 million upfront component and $4 million deferred component.

AWV will also receive a net smelter royalty (NSR) of 1.5% on each ounce of gold produced from the Linden Gold Project after a total of 75,000 cumulative ounces of gold have been produced from the Project, capped at a total royalty payable of $1 million. Following total royalty payments of $1 million, the NSR will reduce to a 1.00% NSR on every ounce of gold produced.

The sale of the Second Fortune mine is another key milestone in AWV’s strategy to focus on, and rapidly add value, to its Big Springs Gold Project in Nevada, USA. The sale of Second Fortune simplifies AWV’s corporate structure to align with its skill-set and strategy to rapidly grow the Big Springs Resource base, and provides significant funding for future exploration programs at Big Springs. AWV is in a strong financial position with ~$7 million in cash and no debt.

The Linden Gold Alliance is a company controlled by key stakeholders associated with Mako Mining Pty Ltd and MTM Group. Mako was established during 2011 and has performed specialist underground contract mining operations at several prominent mines in Western Australia. MTM was established in 1999 and is a mine services group specialising in mine site establishment and maintenance. The Linden Gold Alliance is aiming to bring Second Fortune back into production utilising its shareholders experience in mine site establishment and the underground mining of narrow-vein orebodies.

The Big Springs Gold Project is a Carlin-style gold deposit located 80km north of Elko in northeast Nevada, USA. The mine produced 386,000 oz of gold between 1987 and 1993 before ceasing production due to low gold prices. Big Springs lies close to multiple +10Moz resource Carlin-style gold projects within the region. 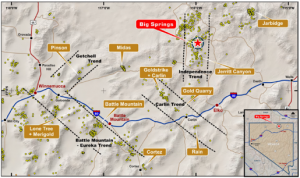 Under a re-structured Board led by Dr Mingyan Wang and backing of the new investors, AWV will focus on extending the current resource base and outlining new resources by systematic exploration at the Big Springs Project in Nevada. Dr Mingyan Wang was recently appointed as Managing Director, with more than 20 years’ experience in the mining and resources industry specialising in identifying projects, exploration, management and business development.

Dr. Wang is currently a founding director of Global Lithium Resources Pty Ltd, and was the former Managing Director of ASX-listed Abra Mining. He has also held senior management positions in other large mining companies such as China Minmetals Corporation, where he was the Project Lead – Geology & Mining in Las Bambas Copper-Gold mine in Peru. Dr. Wang has been in Australia for more than 10 years and has extensive experience in the mining and resources section in Australia, China and Peru.

The Big Springs Project currently hosts Measured, Indicated and Inferred Resources of 16Mt at 2.0 g/t Au for 1.03Moz of gold, situated within 50 sq km of highly prospective ground. Based on a higher cut-off grade of 2.5 g/t, the high-grade component comprises a JORC 2012 resource of 3.1 Mt @ 4.2 g/t for 415Koz of gold. Big Springs is fully-permitted for Stage 1 mining operations.

The Jerritt Canyon gold mine (owned by Jerritt Canyon Gold LLC) is located 20km to the south of Big Springs. It is currently in production and is a potential processing option for Big Springs ore. The mine has operated for +30 years and successful exploration has discovered a total gold resource of 11 Moz, including 8 Moz of gold produced since 1981. By contrast, limited exploration has been conducted at Big Springs since 1993.

Much of Nevada’s gold production comes from large open-pit mining using heap-leaching recovery. Major mining companies such as Newmont Goldcorp and Barrick Gold Corporation operate many of the state’s gold mines. Active mines include those at Jerritt Canyon and the Carlin Trend.

AWV’s share price has suffered due to a prolonged period of inactivity, so we welcome the renewed focus on its Big Springs project in Nevada, prompted by the strong recent price performance of gold. The prospect of commercialising Big Springs is better than it has been for several years. AWV has been supported in its plans by a fresh injection of exploration capital and a revitalized board, along with the $9 million in sale proceeds from the disposal of its Linden Gold Project in Western Australia. AWV continues to build a robust pipeline of drill targets that can be tested with a major drill program in 2021 and onwards.