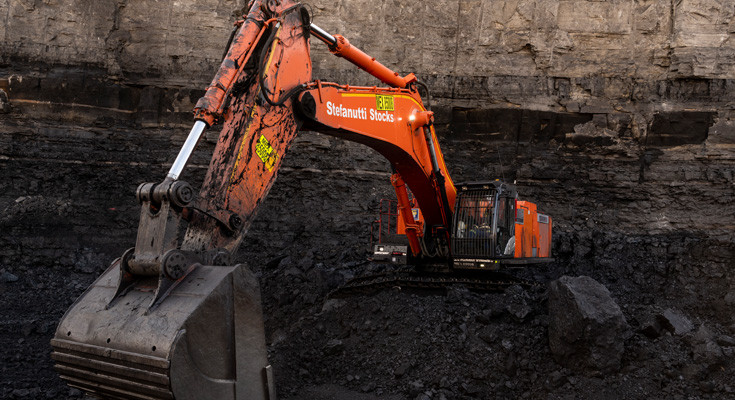 An innovative, high-yielding Australian Securities Exchange (ASX)-listed note will be at the centrepiece of a capital raising and debt refinancing being conducted by aspiring diversified miner, TerraCom Limited, the combination of which will fund an expansion into a bauxite project in the West African nation of Guinea.

TerraCom plans a low-cost operation in Guinea that could export up to 5 million metric tonnes of bauxite a year, from a total mineral resource of 73 million tonnes. The company estimates a 13-month development program could take it from “boots on the ground” to first ore shipment.

The vehicle for the Guinea project is Anglo-African Minerals plc: in February, TerraCom struck a binding term sheet to acquire AAM and its three bauxite projects in Guinea, partnering with the private office of Sheikh Ahmed Bin Dalmook Al Maktoum (a member of Dubai’s ruling family) to do so. TerraCom paid a $US500,000 refundable deposit for an exclusivity period until 31 August 2020 – this was subsequently extended to 31 October.

TerraCom is focused on bringing the smallest of the three bauxite plays owned by AAM, the Forward African Resources (FAR) project, to market, targeting 70 million tonnes of export quality bauxite resources. The company expects an initial production rate of 3 million tonnes per annum (mtpa), between 13 and 16 months from the start of development work, increasing to 5 mtpa over the following 12 months.

That would provide welcome commodity diversification from TerraCom’s coal focus, which has been augmented this year by the acquisition of Universal Coal plc (completed in June 2020). Universal brings with it four operating thermal coal mines in South Africa – Kangala, the New Clydesdale Colliery, the North Block Complex and Ubuntu – which collectively produce 12.4 mtpa of thermal coal, with their output underpinned by offtake agreements with the country’s state-owned utility, Eskom. Universal also has two thermal coal development projects in South Africa – Eloff and Arnot South – and one coking coal project, Berenice/Cygnus.

With Blair Athol in Queensland – where it is the owner-operator – that gives TerraCom annual run-of-mine production of 14.8 mtpa of thermal coal.

With a production profile that is 100% coal – and thermal coal, at that – TerraCom wants to move this to 60% thermal coal, 40% bauxite, as soon as practicable, both for commodity diversification and to lessen the ESG (environmental, social and governance) risk of being wholly a thermal coal producer.

The plan requires a refinancing of TerraCom’s debt profile, which at present encompasses US$163.6 million ($233.7 million) in debt, or net debt of US$122 million ($174.3 million) if its cash at-bank is excluded.

A central plank of the refinancing is to raise $220 million through the issue of 220 million ASX-listed Notes at $1 each, paying a floating rate calculated quarterly on the first day of each quarter at the 90-day bank bill swap rate (BBSW) plus margin of 800 basis-points (8%) a year. But in an Australian capital markets first, the Notes will carry American-style equity options (that is, exercisable into TER shares at any time), on the basis of three attaching options over an unissued share in TerraCom for every four Notes issued. The options will be fully transferable and quoted on ASX. If all options are exercised, this would increase TerraCom’s cash at bank by $41.25 million.

You’ve got listed bonds and you’ve got listed options, effectively creating a ‘buy-write’ strategy for the buyer of the Notes, only that your upside increases exponentially upon success, as opposed to being ‘called away’,” says Christian Baylis, the lead advisor and arranger of the issue.

“The reason we structured it like that is because the upside in the equity will be as a result of the refinancing taking place. The capital raising – that is, the issue of the Notes – will be a catalyst for equity upside in TER shares, and we thought the buyers of the Notes deserve to participate in that equity upside. You can have the cake and eat it, so to speak” says Baylis.

TerraCom debt provider, investment management firm OCP Asia – which holds a $25.4 million convertible note – is the cornerstone investor for the Notes, subscribing for $80 million. Gleneagle is pitching the rest at both institutional and retail investors, firmly in the high-yielding securities market – which brings into play investors such as self-managed superannuation (SMSF) funds.

“At 800 basis points over BBSW, call it a coupon of 8%–8.5% over the three-year life of the asset,” says Baylis. “Plus, you then get the options on top, which will effectively juice-up the yield, depending on what happens with the share price. Our working assumption would be that the refinancing gets done, and subsequently the equity price goes up: let’s assume, for example, that the share price goes to 50 cents. In that case, you would be making an annualised return of about 14% over the life of the bond.”