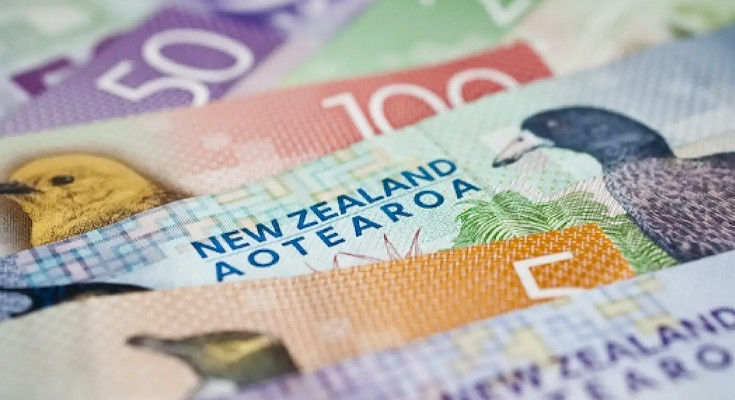 The New Zealand economy sunk by a record amount in the three months to June as the country’s tough lockdowns hit demand and suppressed activity.

Statistics NZ said on Thursday the economy contracted by 12.2% in the June quarter to be 12.4% smaller than it was at the end of June 2019.

The decline covers most of the period between the end of March and mid-May when the country spent seven weeks in alert level 4 and level 3 lockdowns.

After several months of no infections, the emerged again on there were seven cases in NZ yesterday – about the level NSW is reporting.

New Zealand’s contraction was worse than an estimated 9.8% drop in combined GDP for OECD developed nations in the same period and a 7.0% fall for Australia, which imposed a less strict lockdown, and the 9.1% contraction in the US, which had a much less severe set of controls.

The annual fall in GDP in Australia of 6.3% was almost half the fall across the Tasman, again underlining the greater impact of that country’s tougher lockdowns.

The Reserve Bank of New Zealand had forecast a quarterly and annual GDP decline of 14% in its August statement, so the outcome was better.

The GDP data confirmed New Zealand’s worst recession, defined as two straight quarters of contraction, since 2010, with GDP shrinking by 1.6% in the three months to March.

And while dome economists say New Zealand will bounce back faster, while other nations are still struggling to contain the coronavirus, the new round of infections in and around Auckland since early last month will crimp activity this quarter, as will the continuing lockdown so far as foreign tourism is concerned.

The GDP data will have little impact on the central bank’s policy, which is expected to hold interest rates at a record low of 0.25% at its meeting next week on Wednesday.

“Industries like retail, accommodation, and restaurants, and transport saw significant declines in production because they were most directly affected by the international travel ban and strict nationwide lockdown,” Statistics NZ said on Thursday.

“Other industries, like food and beverage manufacturing, were essential services and fell much less,” it said.

Like Australia services exports were slowed and fell 40%, consumption was down 12%, and investment was slashed by 20%.