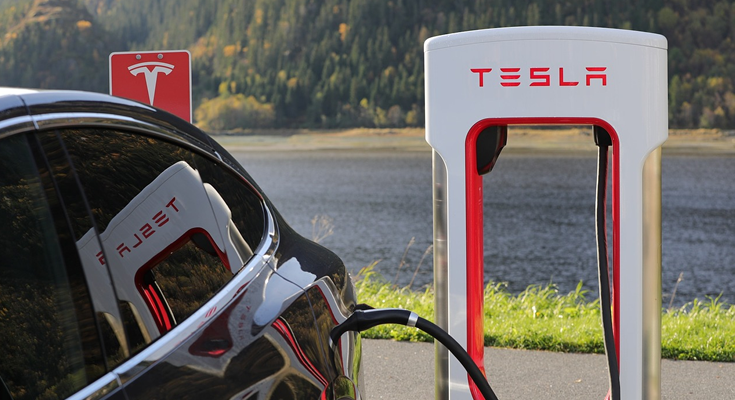 The internal combustion engine (ICE) presently represents almost 95% of the 75million vehicles sold in 2019. However, since 2018 ICE sales have been trending down as Electric Vehicle (EV) sales have been trending up. Benchmark Minerals Intelligence (BMI) considers the EV market could grow from just 2.6% in 2019 to an impressive 50% of all annual vehicle sales by 2030.

All eyes and ears are poised for Tesla Battery Day scheduled for September 22nd. Announcements on increased energy output, price and range advantage are expected as well as “a transformation in the core structural design of a vehicle…its quite a big thing” says Elon Musk. He has also teased it will “… blow your mind. It blows my mind, and I know it!

Given EV’s have fewer moving parts and are easier to design and build than cars with internal combustion engines, it will be really interesting to see what has so radically changed.

Truly exciting times and perhaps a catalyst for change in how the car interacts with the home and the grid (V2G). However, as the lifecycle carbon footprint of an EV’s battery is almost double that of an ICE vehicle it will also be critical to get insights into how they plan to reduce the carbon intensity of the battery materials supply chain, whilst also supporting the extraction, processing, and mining processes required to meet battery demand.

EV costs are coming down and will drive growth

EV battery pack costs have declined 87% from US$1,100/Kwh in 2010 to US$156/Kwh in 2019, due largely to the gigafactories in conjunction with battery cell chemistry and drivetrain innovations.

Recently expectation has been growing that Tesla will reduce battery costs to near US$100kw/hour, which is roughly the cost of the ICE. Further reductions to US$65/kwh are a target, which should ensure EV uptake by the masses.

It has taken 10 years to get annual EV production to 2.1 million vehicles or 2.6% of global car sales. BMI considers global EV sales could reach an impressive 31m units by 2030. This target would require 1,700Gwh of annual manufacturing capacity equating to 48 gigafactories, each with a capacity of 35Gwh. Grid storage batteries would present the industry with further mind blowing upside.

With a global EV fleet of only 7.6m in 2019, Bloomberg Energy Finance suggests the global EV fleet could reach 117m vehicles by 2030. Sounds impressive but with EV’s representing 50% of global sales the reality is this would only equate penetration rate of 10%. This result may not be good enough for Musk whose mission is to electrify just about everything from the grid to trucks to trains to planes.

The enormity of the challenge is breathtaking as the entire battery supply chain will need to step up to meet all these BIG grid and transport targets and therein lies the challenge as China with 109 of the current 142 large-scale battery plants worldwide, literally controls the supply chain.

Australia a land of opportunity

It is well documented that US geopolitical tensions with China is also straining our relationship with them. However, Australia as a leading global producer of most battery materials does stand to benefit from surging US, UK and European demand for battery raw materials like lithium, nickel and cobalt. As a technology leader, there is an opportunity to manufacture battery cells ourselves for domestic use and export to international battery markets.

The US responds to rising geopolitical tensions

The U.S. is concerned that China has significant control of the global EV battery materials supply chain leaving them and the rest of the world exposed to supply disruptions and big delays to the EV rollout.

In June, the US Department Of Energy (DOE) asked US industry to assess the robustness of its battery supply chains and where necessary establish local based production, refining and recycling capacity. A clear directive to reduce its China reliance.

The US vulnerability is obvious to understand, as they have no graphite mines and very little developed lithium or cobalt reserves. China seems to hold the cards being the worlds largest supplier of battery grade graphite, it also has ~90% of the world’s battery grade lithium and 70% of the worlds cobalt processing capacity.

Tesla currently has 3 operating gigafactories in the US and another under construction in Texas. Benchmark Minerals Intelligence suggests a 35Gwh gigafactory produces ~0.5m cars/year and requires ~25kt of lithium, 19kt of nickel, 6kt of cobalt & 33kt of graphite.

EV Adoption in the EU is accelerating

Despite COVID, cash incentives and tax breaks by national governments in Europe is seeding an EV revolution.

Benchmark Minerals Intelligence predicts that by 2030 the EU’s annual battery production capacity could reach 446 GWh, which would make it the second largest producer of lithium-ion batteries after China. However, supply chain vulnerabilities could limit production to only 300GWh. This production gap may provide Australia with an opportunity to provide the EU with battery cells.

Tesla’s 35Gwh Berlin gigafactory is due to start in 2021 and Volkswagon recently produced its last ICE vehicle at its Zwickau factory in Germany. Going forward the factory will only produce EV’s supporting Germany’s vision of becoming the EV capital of Europe.

As the EU also holds the same supply chain concerns as the US it recently added lithium to a list of critical raw materials that already included natural graphite, scandium and cobalt amongst others.

The French plan to ban new diesel sales from 2024 and all ICE cars from 2040. The Netherlands plans to ban the production of ICE cars from 2025 and Denmark, Sweden and Slovenia the same from 2030. The UK recently brought its ban in ICE and hybrid vehicles forward from 2040 to 2035 and the US has proposed a Zero Emissions Vehicles Act that if approved would eliminate the sale of ICE vehicles by 2040. No ban dates have been set in Australia and China yet.

Oil demand could take another hit

Oil consumption has been hit hard by COVID in 2020, however the US Energy Information Administration (EIA) suggests consumption could return to 2019 levels after 2021. We on the other hand, suspect that as China and the US are the world’s two largest consumers of oil, strong EV forecasts could undermine global oil demand forecasts in the medium term, which ultimately could support the resurgence of the ICE. Such will be the balancing act.

The EV industry is trying to break this circular reference by de-globalizing, aligning with allies and closing the loop in the supply chain where possible region-by-region.

Tesla has already signed a cobalt supply contract with Glencore and a lithium take or pay contract with Kidman Resources and Tesla is currently rumoured to be in discussions with Giga Metals of Canada for a 40-year nickel and cobalt contract. Clearly, as battery chemistries move to higher nickel content and EV volumes surge more nickel supply will need to be secured.

This is where it gets tricky for the market, as Tesla has also developed a unique battery recycling system at its Gigafactory in Nevada that processes end-of-life batteries. With time Tesla will become a significant low cost producer of battery materials. In 2019, Tesla recycled 1,000t of Nickel, 320t of Copper and 110t of Cobalt and with time growing stock should lead to greater volume of recycled materials. It should be noted that batteries hold only ~2% lithium and that cannot be recycled. For this reason, lithium is the most critical battery element of all. More on Tesla’s recycling goals and plans to use second life batteries for grid balancing is expected at Battery Day.

In the battery materials space stocks to watch could include Novonix (NVX), Pure Minerals (PM1.AX) and Magnis Technologies (MNS.AX).

What exciting times we live in.

Di Brookman is a geologist & energy finance professional with over 30-years experience in equity and debt markets, corporate advisory, finance & communications. During her career as an analyst she has worked for Citi, Credit Lyonnais Securities Asia (CLSA), Barclays de Zoette Wedd (BZW) and Westpac and is presently consulting to Corporate Connect. 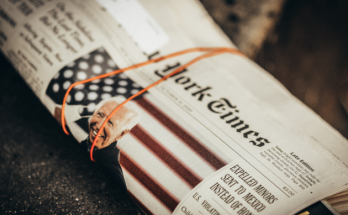