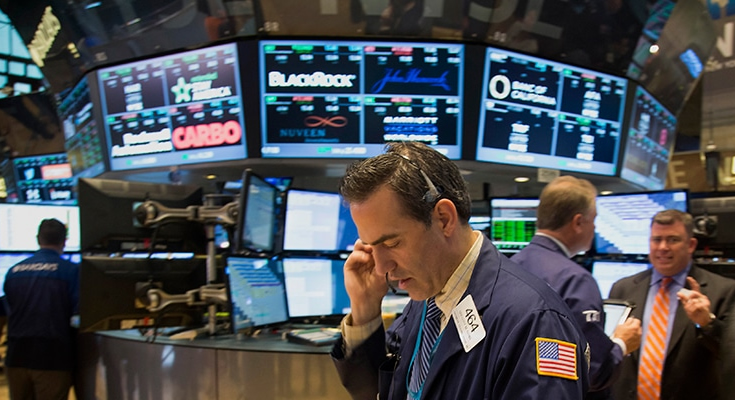 As we face the peak of the local earnings result season today, the score for the ASX200 over the month of August is up 65 points as at yesterday. The S&P500 has outperformed over that time, but only because of US Big Tech, thus locally we’ve been able to concentrate almost entirely on daily results.

The fact the index has risen over the period, albeit modestly, is reflected in the FNArena Results Monitor’s beat/miss ratio running at 2.1, well over the average of 1.3. Only a modest index rise likely reflects the ongoing virus situation, which has again led many a company to withhold dividends and offer no guidance.

While the net move is modest, there have been plenty of up days and down days through the period, and yesterday happened to be a down, when Tuesday was an up. There were nevertheless some extraneous factors.

The banks ran hard on Tuesday, following the US banks, but on Tuesday night the US banks fell back again, so ours were down -1.2% yesterday, with some help from Suncorp ((SUN)) going ex.

The reversal-the-next-day trend also continued, with Bingo Industries ((BIN)) falling -6.6% having jumped 13.5% on result on Tuesday.

Austal ((ASB)) shot up on Monday on its result, fell back on Tuesday, and yesterday rallied 6.6%. Go figure.

All sectors closed in the red bar healthcare and property, which posted small gains, while staples were flat.

Whitehaven Coal, and a weaker iron ore price had materials down -0.9%, while IT had a rare session in falling -0.9% despite a rally in the Nasdaq overnight. Afterpay’s ((APT)) run came to an end (-1.9%) ahead of its result today, and/or due to switching into rival Zip Co ((Z1P)), which rallied 27.5% after signing a deal with eBay. Zip is not in the index.

In economic news, yesterday’s June quarter construction work done result of a -0.7% fall shocked economists, who had predicted -7.0%. It came down to engineering construction offsetting falls in residential and commercial. While the news didn’t help the stock market much, the Aussie is up 0.6% as economists scramble to upgrade their GDP forecasts.

Wall Street was at it again last night, hitting new highs thanks only to Big Tech. Our futures are down -15 this morning. It is comforting to see the Australian market has made the disconnect and not rallied to dangerously overblown levels because of Wall Street, but the problem is if Wall Street rolls over, so will we anyway.

Amazon rose 3% last night. Tesla rose 6%, Facebook 8% and Netflix 11%. Soon to be a Dow component, Salesforce, rose 26% on its earnings result, but for the others, there was no new news and no obvious impetus.

Other, perhaps, than the fact red-faced stock analysts have been rushing to upgrade their target prices on Big Tech stocks that have run away from them. Not because of anything new other than increased PEs. This is creating a positive feedback loop that fuels a momentum trade already raging and fires up FOMO even further.

One broker lifted its price target on Apple last night to US$600 – 20% above its current price.

Also of note is that cloud-based software companies are now queuing up to launch their IPOs, no doubt attempting to capitalise on tech euphoria. We’ve never seen this happen before, have we?

Some more statistics from last night:

A modest 0.3% gain for the Dow was led by Microsoft (+2%). Declining volumes on the NYSE exceeded advancing volumes and stocks lower on the day exceeded stocks higher.

When a market’s rally goes on and on, the VIX volatility index on the S&P tends to gradually fall, to below 20, and even down to 11 in recent history. Last night the VIX rose 5.6% to 23.

Some concern creeping in?

September and October are on average the seasonally worst months on Wall Street, although one might argue 2020 is a unique case. November brings the election.

We might also note, apropos the VIX, gold is back up again. The US dollar is weak again but the the US ten-year yield ticked up to 0.69%.

Hurricane Laura will make landfall today, our time, with ground zero featuring the greatest concentration of US refineries, now all shuttered. Oil prices are not moving nonetheless, as low demand means plenty of inventories.

The SPI Overnight closed down -15 points.

The annual Jackson Hole central bankers’ symposium begins tonight with a speech from the Fed chair. Except it won’t be at Jackson Hole. It will be in cyberspace.