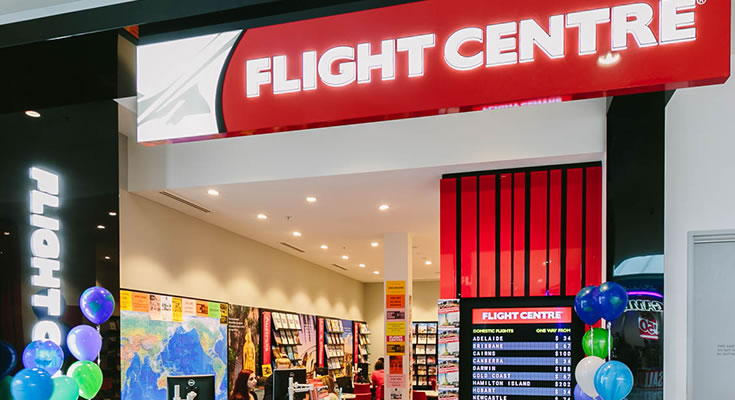 Flight Centre shareholders have been warned to expect a loss of more than $800 million when it reports its full-year results later this month as the travel group continues to battle the impact of COVID-19 on its core travel agency business here and offshore.

A massive loss has been expected from the company which has responded by slashing staff numbers, stores, especially in Australia, and raising fresh capital of $700 million in April.

The company also raised $200 million in new debt and attacked its cost base, starting with laying off or standing down 10,000 staff and closing half its Australian outlets.

To that end there was a smidge of good news on Thursday,’s update – the company’s cash burn has slowed thanks to higher than expected revenue while winning new clients in its corporate travel business, which would be profitable at an ‘underlying’ level.

Cash burn fell to $53 million for July, below its target of $65 million.

“COVID-19 and, specifically, the government responses to it have clearly had devastating impacts on businesses worldwide and on the airline, travel, tourism and hospitality industries in particular,” Flight Centre managing director Graham Turner said in a statement.

“This has severely impacted us and our people and some very tough decisions have been made over the past four or five months. Despite ongoing restrictions, revenue has now started to increase, particularly in Europe, and we have surpassed our initial cash flow target, thereby extending our liquidity runway.”

Flight Centre said on Thursday that around 70% of its workforce, or 15,000 employees, had either been stood down or made redundant.

Flight Centre said it expected to report a statutory loss of between $825 million and $875 million on August 27, including $110 million in one-off COVID-19 costs as well as impairment charges and goodwill writedowns.

That compares to a $364 million profit last year. Underlying profit will be between $475 million and $525 million, it said.