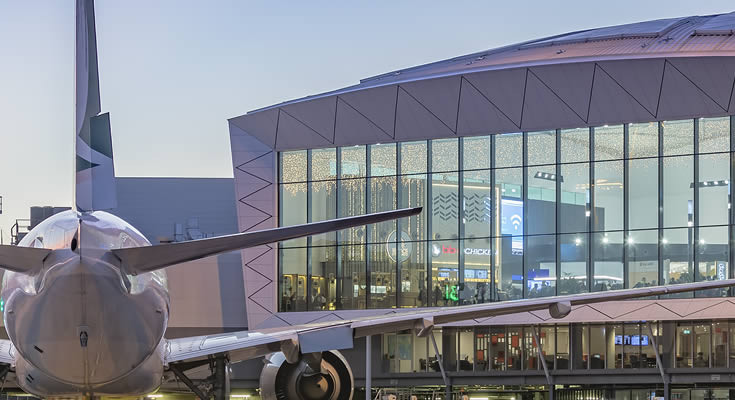 Sydney Airport wants $2 billion in fresh capital to bolster its balance sheet made shaky by the impact of closing borders and lockdowns amid the COVID-19 pandemic.

The $2 billion is one of the larger of the spate of capital raisings this year by corporate Australia and is an indication of just how weak the airport and airline businesses are and how depressed the company’s operating outlook remains.

The prospect for the next year or more is for few planes, fewer travellers and while cash outflow is being cut, there’s very little inflow.

The company revealed the fundraising plans yesterday along with a $53 million interim loss and no dividend for the six months to June 30 yesterday.

That $53.6 million loss compared with a $17.3 million profit in the first half of 2019 and came off the back of the plunge in passenger numbers, especially from March onwards.

Passenger number fell 56% to 9.4 million for the half, but that didn’t tell the full story of a 90% plus slump in international and domestic travellers in the three months to June.

In fact, total passenger traffic in June was down 95% from the level of June 2019.

Complicating matters for the airport was the collapse of its second major users – Virgin Australia – in the half-year.

Sydney Airport said that helped push revenue down 36% to $511 million for half, but most of that was taken in the first three months of the year. Revenue for the December half will fall even further.

Sydney Airport said it will recognise a $41 million impairment from debts owed from bankrupt carrier Virgin Australia, a $22 million impairment in relation to significantly delayed capital projects, and $59 million in rental abatements and deferrals for retail and property tenants at its terminals.

Against that background and prospects for even more horrendous figures this half and into the first half of 2020, Sydney Airport’s decision to look for $2 billion in fresh capital is understandable.

The company said the money raised will be used to “substantially” reduce its net debt, enhance its financial resilience, support its investment-grade credit rating, and increase liquidity.

Net debt will fall from $9.1 billion to a still-high $7.1 billion after the raising.

“Six months into the pandemic, there remains uncertainty as to how long it will take for aviation markets to return to pre-COVID-19 levels,” CEO Geoff Culbert said.

“Accordingly, Sydney Airport is taking further decisive action to strengthen its balance sheet and to help ensure it remains well capitalised to meet the challenges presented by an uncertain COVID-19 operating environment, and to ensure it is positioned for growth in the future.”

Mr. Culbert said it would raise the $2 billion through a renounceable entitlement offer. which was the fairest structure for all investors, particularly retail investors. Shareholders who participate in the raising will not be diluted, he said.

Institutional and retail shareholders will be entitled to buy one new share for every 5.15 shares they own as of August 14, at a price of $4.56.

The airport said liquidity would be boosted from $2.6 billion to $4.6 billion following the raising. As well it will preserve its cash by aiming to cut operating costs by 35% for the 12 months from April 1, 2020.

It said that is after a 20% cut in first-half costs for 2020. And there will be more with the weak outlook forcing the company to look at redundancies from September after it lifts its employee job guarantee that month.

The airport said it does not expect to pay a dividend this year and one in 2021 looks unlikely as well.