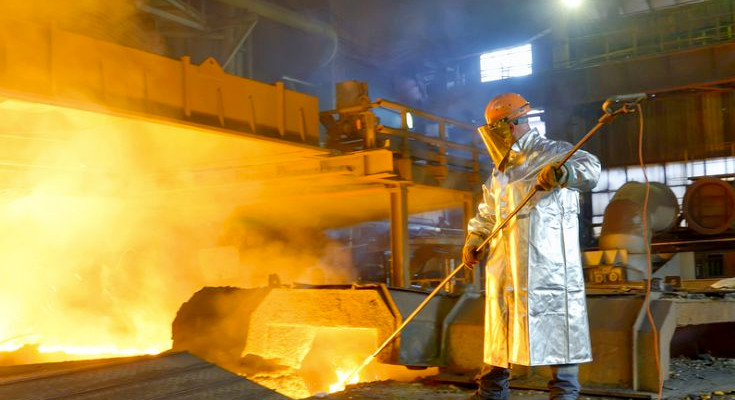 Global prices spent June at or above $US100 a tonne (for the typical 62% Fe fines product delivered to northern China) and have risen further in the first half of July, climbing 12% to more than $US112 a tonne.

Prices might fall in the next day or so because of reduced demand caused by the worst rains in 20 years in southern China is limiting steel output and consumption (on building projects).

Data yesterday from the National Bureau of Statistics showed China’s daily crude steel output rose 2.4% in June from May, setting a second straight monthly record as mills maintained production on robust construction activity and a pick-up in manufacturing.

Output in the world’s top steel producer hit 91.58 million tonnes last month, or 3.05 million tonnes a day, according to the monthly production data from the National Bureau of Statistics.

That was up on a daily average of 2.98 million tonnes in May.

Monthly output in May totaled 92.27 tonnes, but the month has an extra day compared with June.

Capacity utilisation rates at blast furnaces in 247 mills across the country were above 91.9% across the whole of last month and hit 93.42% in the last week of June according to the Mysteel website.

For the first half of the year, China produced 499 million tonnes of crude steel, up 1.4% from the same period in 2019, having shaken off the impact of the COVID-19 downturn in February and March.

Earlier this week the statistics bureau revealed that iron ore imports in June jumped to their highest level in 33 months despite prices surging above $US100 a tonne mark.