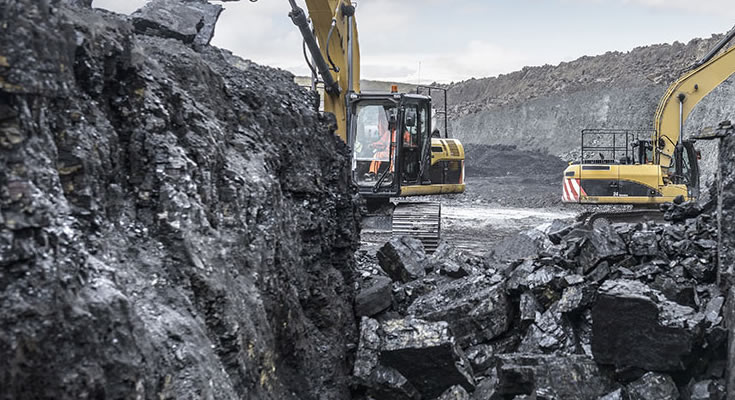 Shares in Whitehaven Coal dipped yesterday in the wake of more gloomy forecasts from the embattled coal miner.

While the company beat forecasts by posting a 29% jump in fourth-quarter coal production, it warned that pricing pressure was likely to continue as the COVID-19 pandemic dents demand for steel making and power generating coal types.

Globally coking coal and thermal coal prices have fallen by between 20% and 35% in the past six months thanks to the impact of the COVID-19 pandemic on already weak demand and pricing.

Whitehaven said in its quarterly report “The June quarter saw the continued impact on many economies of COVID-19. Industrial activity remains lower than H1 FY20 and, despite record imports of Australian thermal and metallurgical coal into China in H2 FY20, uncertainty surrounding future Chinese import quotas weighed upon coal prices in the quarter.

“Actions taken by steel producers across Asia and India to defer metallurgical coal shipments in response to weak steel demand has caused the price for hard coking coal to soften. “The US$ price for SSCC and PCI coal has similarly softened with June quarter benchmark prices at US$95/t and US$101/t respectively.

Newcastle prices, Whitehaven said (it’s the biggest coal export port in the world) fell to their lowest level in the history on the pricing index in May and June (that’s since 2008).

The shares eased 1.1% to $1.50 in yesterday’s bullish market. The shares are down more than 40% year to date. That was after shares were up nearly 5% on Tuesday in the wake of the report’s release.

Its shares climbed as much as 14 percent on the news. By 1200 AEST, the stock was trading at $1.56, still up nearly 7.0 percent in a subdued Australian market .

Prices for Whitehaven’s thermal coal, used in power generation and cement making, slid to $US59 a tonne from $US84 a year earlier.

Due to subdued market conditions, the miner said it would remain cautious in allocating capital to expansion and that it did not expect to consider a final investment decision in relation to its Vickery project in 2020.

The company said it expected a decision from the New South Wales state government on the Vickery project within weeks.

Whitehaven said while it met forecasts on production and sales (but not prices) its 2020-21 guidance will not be issued until the release of the full-year results in August.