A few weeks ago I wrote a column entitled Lessons Be Handed To Newbies where I highlighted how ridiculous certain stocks had become because of the sheer numbers of new entrants into the market. Speculation had quickly evolved into the “greater fool” theory – a case of buying something, anything in the hope that a bigger fool than you will buy it off you for a higher price. Naturally if that doesn’t happen then congratulations you are the biggest fool!

Sadly, this version of stock market musical chairs has only accelerated with greater levels of stupidity where daily I am witnessing traders torch money at faster rates. In my last column I highlighted how (due to their hugely dilutive cap raisings) and massive attraction to retail investors, both Flight Centre and Webjet were commanding market caps higher than pre-Covid-19! Both have fallen over 30% since because such valuations are unsustainable.

Even more unsustainable is the daily rush into stocks that issue an ASX release that mentions a deal with some large corporation or international expansion. Such is the blind desire to trade these companies, traders are not taking into account, well, anything. There is no regard for the actual details in the announcement and even less regard for the actual valuation being paid. There is no due diligence on management or the historic performance of the company.

A classic example this week was from Etherstack (ESK) which announced a deal with Samsung. No details on revenues or rollout strategy, just a teaming agreement for something that may or may not come to fruition. Still didn’t stop traders driving the share price from 20c to over $3.60 in 24 hours. However, the sad part is where most of the volume occurred. The chart below is a 5 min chart showing this crazy run in the share price with the respective volumes. Most of the volume occurred in the first 20min of Wednesday morning, where traders had placed a valuation of over $400 million on the company! All those buyers quickly became trapped as the share price reversed course and plummeted.

Let’s put this another way. The current market cap is $135 million. It was over $400 million at the peak. As a result almost $300 million has been lost by traders speculating on this company on Wednesday. 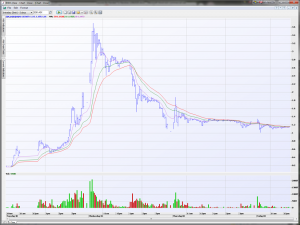 But ESK isn’t the only example. Noon Thursday the same level of idiocy was witnessed in Dorsavi (DVL) where after signing QBE as a strategic partner (with QBE allocating $250,000 for customers to access their tech), the share price jumped from 4c to 27c and back to 4c in 24 hours. Again all that buying volume came in the opening 25 minutes, trapping many traders at extremely elevated prices. Again lets explain this in simple terms. Off a $250,000 allocation by QBE, traders rewarded DVL with an additional $50 million in market cap or a 200x multiple. 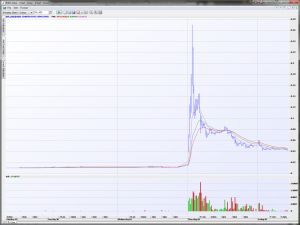 Osteopore (OSX) was another classic on Thursday. After announcing a deal with a distributor in the USA, its share price surged from 40c to almost $1.50 in the opening hour. So vague was the announcement, the Company received a please explain from the ASX. That explanation of only having sales of less than $5000and not being able to give any indication of what sales may look like with this new distributor, clearly took the wind out of the sails of OSX when it resumed trading. A massive gap lower in price and further deterioration shows how important it is to know what you are buying and what price you are really paying. 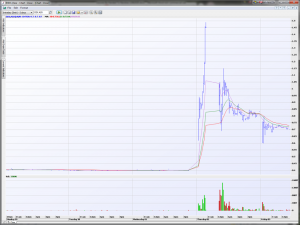 The reality is that traders, especially novices, are lured by the potential of a quick buck. The outcome is anything but and these holdings end up in the bottom drawer with all the other terrible investments, lottery tickets and get rich schemes. This wild west activity is nothing but a grave yard for those that cannot buy and sell in seconds. Its best to not to be lured in the first place!