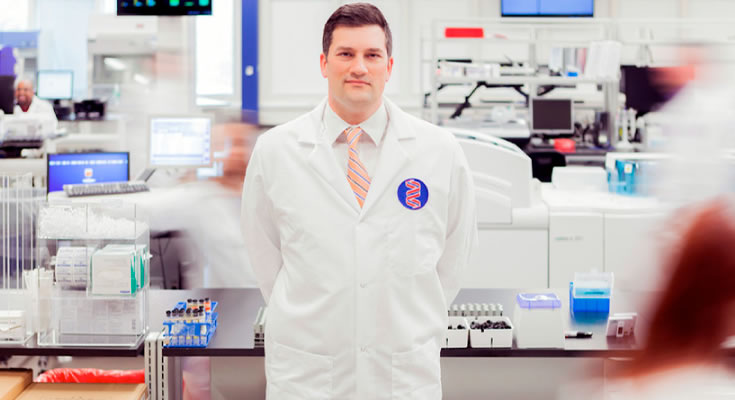 Routine testing volumes are recovering for Sonic Healthcare ((SHL)) while there is also no sign COVID-19 testing is slowing down. The company is positioned well ahead of where brokers were expecting after the initial downturn in routine testing.

Sonic Healthcare now expects FY20 operating earnings will be similar to FY19, at around $1.08bn, having returned to pre-pandemic revenue in Australia and Germany although still below in the US. The base business has experienced positive trends with stabilisation emerging in late April ahead of a recovery in May. The company has also stated that “thousands of staff” are returning to work.

The update confirms improving activity levels, which combined with cost initiatives and government support schemes, have allowed for the better-than-expected earnings outcome.

UBS increases forecasts to allow for a more rapid return of routine work and improving operating margins. In addition, the broker suspects the risk of cuts to the price of pathology testing has dissipated in the US, Australia and Germany, based on the response by commercial pathology providers in meeting the needs of the populations.

If guidance is achieved, Goldman Sachs believes it would be significant, given the challenges. However, one consequence of the upgrade is that some of the volume assumptions are being brought forward from FY21.

Sonic Healthcare is a large player in a highly fragmented industry and acquisition opportunities could become more prevalent as a result of the economic challenges posed by the pandemic. Macquarie, too, expects, over the longer term, Sonic Healthcare’s organic revenue growth will be supplemented by acquisitions, although reimbursement risk in key regions remains a feature.

While the recovery in volumes is encouraging, Morgans assesses base revenue is subdued and, as the pandemic is far from over, this means cost savings and government support are doing the heavy lifting. Credit Suisse calculates a $300m incremental revenue benefit in the first half of FY21 from coronavirus testing, assuming reimbursement rates continue in Australia and the US until September.

However, coronavirus testing reimbursement is a one-off benefit and should unwind by the second half. Reimbursement policies were put in place to ensure pathology providers cover some of their fixed cost base as routine volumes fell.

On the other hand, while continuing to forecast volumes in most markets should be back to normal in FY21, Citi considers it likely that COVID-19 testing will be elevated in FY21 and this remains an upside risk.

In reality, the market has had no visibility on earnings since late March and it now appears that management has quickly adjusted the cost base to reflect what were -30-50% declines in revenue in some regions.

Morgans points out revenue in the US, UK, Ireland and Belgium is still below pre-pandemic levels and these regions represent around 35% of total sales. A recent uptick in Victorian cases also warrants close attention, in the broker’s view.

In the US, which represents around 27% of total revenue, around 45% of laboratories are in the west and south-west, which are two areas that have seen a surge in cases. Hence, the broker considers the cost savings are the driver of the positive trend and remain finite, obscuring the outlook, and downgrades to Hold from Add.

A further opportunity lies in serology testing. The company has not disclosed its antibody testing capacity but Credit Suisse estimates there could be an additional 4-5% upside to earnings.

This is not factored in to the broker’s estimates, as demand could be limited in most markets because of either low infection rates or reimbursement pressure. Moreover, many experts have been sceptical about the benefits of antibody testing, given the degree of false positives and limited actionable responses available.

Ord Minnett believes, if clinical results demonstrate antibodies can confer protection, then serology testing volumes could be substantial and a vaccine with relatively short-lived durability would only increase demand. Still, amid reports antibody testing growth has stalled the broker assumes only a modest contribution from this source for now.

Ord Minnett also envisages limited risk of a substantial second wave of the pandemic and expects routine work will continue to normalise, particularly where rates of community infection are low such as Germany and Australia. There is more risk in the US, given the recent growth in case numbers, but any drop in routine work could well be offset by higher COVID-19 testing.

Goldman Sachs acknowledges further outbreaks could set the recovery back to some extent but does not expect lockdowns to be as widely implemented in future as they were in March and April. The broker, not one of the seven monitored daily on the FNArena database, has a Buy rating and $34.50 target.