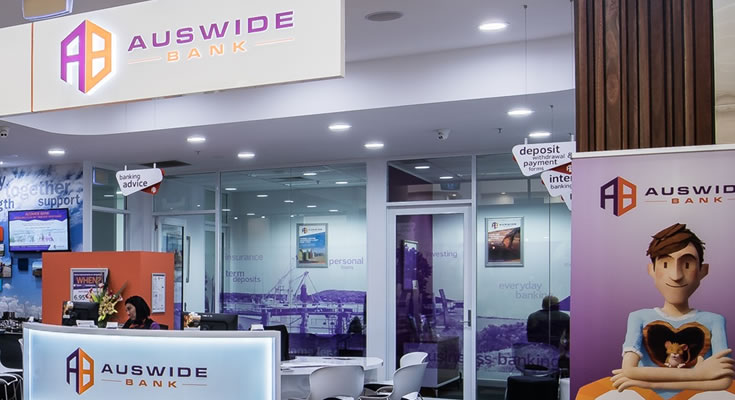 Bank shares might have staged an impressive recovery from oversold levels – but don’t confuse that with any semblance of investor agreement on where the sector is headed.

For every optimistic pronouncement about the worst being over as the nation returns to work – and indeed play – there’s a bearish investor proclaiming the true extent of the coronavirus damage is far from apparent.

The bounce hasn’t been driven by good news as such, but the bad news being not quite as dire as it seemed in early March.

The supporting factors include recovering auction rates, some positive updates from the retailers and the incredible balls up that saw the cost of the Jobkeeper scheme overestimated by $60 billion.

The latter of course is positive because the government now has a handy kitty to support specific industries, notably the housing sector which the Master Builders Association says is facing a “valley of death.”

Then there’s the reality that we won’t see the real picture of credit defaults until the Jobkeeper scheme and the elevated Jobseeker payments expire at the end of the September (there may well be further incentives).

What’s less contentious is that the banks account for 15 per cent of the market cap and their health or otherwise will be a key barometer as to how the broader economy is faring.

Putting the recovery in context, bank valuations weren’t that healthy even before the viralytic rout, with the National Australia Bank (NAB) trading nowhere its record $41 a share before the GFC hit.

Assuming the lack of a bad debt apocalypse, the big banks certainly look cheap. But the smaller banks look even cheaper, which suggests there’s better value at the minnow end which is more oriented to mortgages than business lending.

On Macquarie Equities data, the Big Four are trading at 0.8 to 1.7 times the value of their book – the ANZ Bank (ANZ) being the cheapest and the Commonwealth Bank of Australia (CBA) being the most expensive. Excluding the outlier of the CBA, a price to book of 0.9 times is more representative of the other three ‘pillars’.

The biggest of the regionals, Bendigo and Adelaide Bank (BEN) and Bank of Queensland (BOQ) are trading at a mere 0.6 times book value. The story’s the same with the much smaller Mystate (MYS) and Auswide Bank (ABA).

The small ‘uns are also trading on lower earnings multiples and higher yields than the Big Four – although both these metrics are clouded given the uncertainties as to how increased bad debt charges will affect profits and dividends.

The naysayers argue that the smaller banks are cheap for good reasons: they need to carry more capital to support their loans and do not have the “too big to fail” cachet, which means they have to pay more for their funding.

They also have higher cost-to-income ratios and are perceived to be slower to adopt technology. They are also seen to have a higher reliance on a particular region and are dependent on mortgage brokers to grow outside of their own markets.

The small banks don’t have huge marketing budgets and so are stymied in terms of brand recognition. But what they do in their favour is a better reputation with existing customers.

“Customer service is at our heart,” he says. “A lot of the smaller banks have net promoter scores of above 40, which is extraordinary given the big banks ratings are often negative.”

(We hasten to add the small banks have not avoided reputational snafus altogether, with the unlisted ME Bank taken to task for reducing customers’ redraw facilities without their knowledge, while the Federal Court ruled that terms in six Bendigo and Adelaide Bank small business contracts were unfair).

The smaller banks’ relatively high exposure to home lending may also be advantageous if the current economic crisis plays out in a similar way to previous ones. That is, lots of corporate red ink but much fewer mortgage defaults as borrowers do everything they can to preserve their castle.

Ditto their reliance on specific geographies, which may also not be the disadvantaged it used to be.

In the case of Mystate, Tasmania accounts for 40 per cent of revenue compared with 70 per cent five years ago (the bank was born from the 2009 union of Tasmanian Perpetual Trustees and the Rockhampton based Rock Building Society.)

But insofar as Mystate is dependent on Tasmania, the Apple Isle isn’t the basket case it used to be thanks to bespoke whisky makers and avant garde galleries.

The Bundaberg-based Auswide can take succor from being exposed to a region bolstered by resilient mining and agriculture industries.

Ahead of the August reporting season, the June 30 balancing banks are likely to update investors on what they’re seeing.

Bendigo and Adelaide Bank last week said it had topped up its collective provision by $127.7 million and its general loss reserve by $20.6 million. This takes the bank’s tier one (equity) capital ratio to 9.3 per cent of the lending book, compared with around 11 per cent for the majors.

The bank is yet to see any deterioration in “observed credit quality”, but expects a slow, rather than sharp, recovery.

Meanwhile, the banks both large and small are unlikely to waste a crisis, with pared head counts and “temporary” branch closures unlikely to revert to previous levels.

“I don’t expect this to go away. This could be a major change in terms of how they can rationalize their branch networks.”

Traditionally, small banks have been hampered by regulatory disparities and lack of scale – and they still are. But Sulicich says when it comes to technology, the lack of legacy systems means they can adapt far more quickly than both the big and mid-sized banks.

“We were one of the first adopters of new payments systems such as Apple, Android and Google Pay.”

He adds that 89 per cent of the bank’s customer transactions are now done online.

As the extent of the COVID-19 economic damage unfolds, no bank large or small will be immunised from the damage.

But in valuation terms, the smaller banks offer the greatest upside if the feared apocalypse turns out to be more of a transient nervy turn.

Engorged by its recent purchase of the ANZ Bank’s Papua New Guinea operations, Kina has emerged as the island nation’s second-biggest retail bank behind the Bank of South Pacific.

Kina shares are an intriguing alternative for bank investors seeking diversity – although we caution that PNG’s ever-challenged economy makes for a wild ride.

Of course that was then, this is now: at last month’s AGM, CEO Greg Pawson reported “no undue stress” on the bank’s loan portfolio.

PNG has dodged a COVID-19 bullet with only eight cases and no deaths.

But it remains to be seen how the pandemic will affect commodities demand and thus PNG’s resource driven economy.

Kina’s loan book is well buttressed for strife with tier-one adequacy of 15.8 per cent and total adequacy of 20 per cent.

According broker Morgans’ forecasts, Kina shares are trading on five times current-year earnings and a 12 per cent yield.