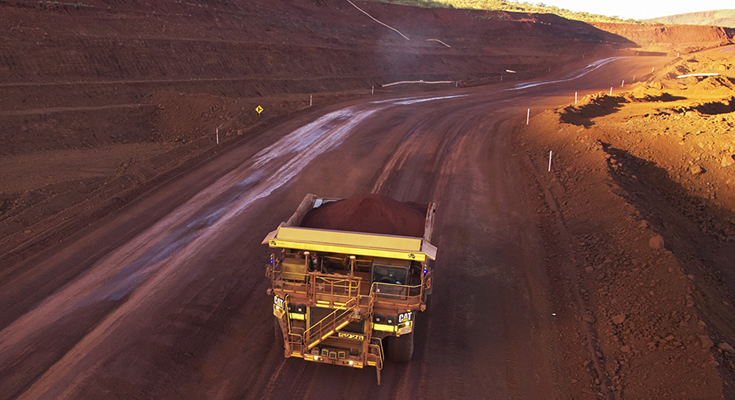 Global iron ore prices surged by nearly 5% on Monday after news that Vale, the big Brazilian miner, had been forced to shut three mines in its southern mining complex because of COVID-19 infections were spreading.

Metal Bulletin data said the price of 62% Fe fines shipped to northern China jumped $US4.93 to $US105.67, the highest the price has been since last August.

Monday’s rise was after global iron ore prices eased last week to close on Friday at $US100.74 a tonne. That was down 65 cents a tonne from the week before.

But now prices are surging on the COVID-infection and mine closure news in Vale’s southern mines.

These mines produce lower grade ore much of which is sent for upgrading to pellets which are used domestically in brazil or exported to Asia and Europe.

Vale said in a statement at the weekend that its production target for fines had not been impacted by the closures, but traders Monday ignored that and chased prices higher in active trading.

A Brazilian labor court judge ordered iron-ore producer Vale SA to close the Conceicao, Caue and Periquito pits in its Itabira complex in Minas Gerais state after a COVID-19 outbreak among workers.

Nearly 190 Itabira workers had tested positive for the virus despite Vale taking measures to prevent the spread.

The order closing the three mines in the southern mining system came after vale had managed to get a closure order the previous week overturned by a different court.

That win by Vale had allowed the company to continue mining and shipping more despite action sought by the Minas Gerais Ministerio Publico do Trabalho (MPT) to halt production after the COVID-19 outbreak spread.

The MPT said on Friday it had managed to restore the ban until a final judgement was handed down or control measures determined by labour inspectors were implemented at the three mines.

Vale has been mass testing people in the area and in and around its northern mining system where the higher grade iron ore mines are located.

The company maintained its revised 2020 iron ore fines production guidance of 310-330 million tonnes, as it had already provisioned up to 15 million tonnes of lost output due to the impact of the COVID-19 pandemic.

“Considering (i) the expected monthly production of 2.7Mt from the Itabira Complex for the coming months and (ii) the provisioning of up to 15Mt of losses associated with COVID-19 in 2020, there is no need, at this moment, to revise the guidance,” Vale said in the statement at the weekend.