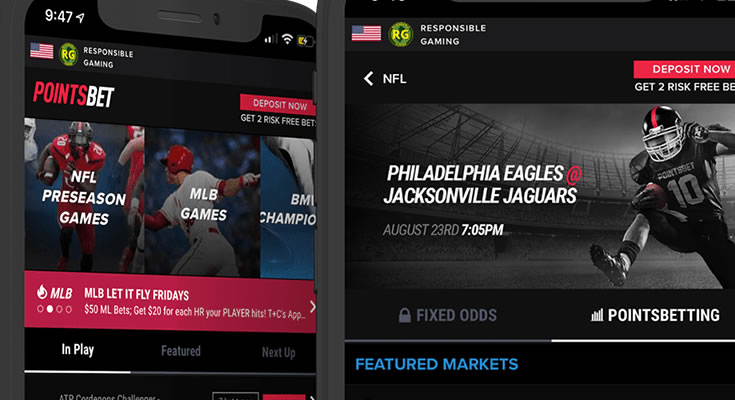 The age-old notion of Australians betting on anything that crawls has been supported by the behaviour of sports punters during the virus lockdown that has stymied most professional sporting events.

Undeterred by the lack of football, tennis and cricket, gamblers have discovered the joy of offshore table tennis tournaments and obscure European second tier soccer leagues still kicking the ball around.

Others have resorted to punting on extreme wrestling, Masterchef, Survivor or even who will star as Joe Exotic in the upcoming movie version of Tiger King.

“There’s not much else for people to do,” admits Pointsbet (PBH) founder and CEO Sam Swanell. “As an entertainment option, we have benefited from the TABs, pubs, casinos and pokies being closed.”

But Australian punters are still enjoying what their overseas counterparts can’t: the nags.

Somewhat miraculously, horse racing escaped the strictures and the fixturing has continued as planned (sans spectators).

The gnarled punters you see in TAB branches have migrated online, while the sport of kings has attracted the online sports punters who can’t quite stomach ping pong or Dota 2 esports tournaments.

“Our Sliding Doors moment was when racing continued,” Swanell says. “For Pointsbet it meant business as usual.”

The force behind Tomwaterhouse.com.au, Swanell founded Pointsbet with more than a weather eye on the US, where sports betting was illegal in most states. At least it was until May 2018, when the state of New Jersey successfully challenged the validity of federal statute in the Supreme Court.

At last count, 18 states allowed sports betting and a six have passed laws to do so. A further 25 have introduced enabling legislation which would pretty much leave Utah – which bans gambling in its constitution – as the hold-out state.

Currently Pointsbet operates in New Jersey, Indiana and Iowa and in the next six months expects to expand to Illinois, Colorado and Michigan. The company is already the fourth biggest operator in New Jersey, behind Bet 365, Ladbrokes, Caesars and Bet America.

“Americans are as sports mad as us and they like to have a bet as much as us,” Swanell says.

Of course it would be naïve to assume that entrenched US players will let the interloping Pointsbet to steal its lunch. But many of them are mired in (shuttered) casinos and are financially constrained from taking a ‘big bang’ approach to the unfolding sports betting market.

(Pointsbet is also eyeing an expansion into online casinos, which are illegal here but allowed in some US states).

Pointsbet’s closest US rival is fantasy sports and sports betting outfit Draft Kings, which listed on the Nasdaq last month by way of a reverse takeover.

Draft Kings lost $US130m last year but is valued at $US6.5 billion.

Even without online casinos, the company cites the US as a $US17 billion ($26bn) a year revenue opportunity, presuming most states legalise sports betting.

Given the looming budgetary void in the wake of COVID-19, they will feel compelled to do so.

But entering the US is an expensive grind and, as with here, extensive marketing is required. But Swanell says Pointsbet has the benefit of owning its own technology, which few operators do.

In the March quarter Pointsbet reported a $10.5 million operating cash deficit on receipts of $18.7m. In earnings before interest tax depreciation and amortisation (ebitda) terms, the Australian operations were slightly in the black.

Pointsbet reported an ebitda loss of $28.4 million in the first half, on net revenue of $27.4m and just over half a billion dollars of turnover.

In an update last week, the company said the propitious conditions have continued so far in the current quarter: the ‘group net win’ in April and May stood at $18.5 million, exceeding the total for the whole of the previous two quarters.

Pointsbet has close to $150 million of cash and no debt, having raised $122m in a rights raising late last year.

The confluence of events has been fortunate for Pointsbet, the only ASX-listed pure-play sports bookie which last week became the “exclusive wagering partner” for Fox Sports AFL (Fox Footy).

The company is also the ‘last man standing’ local operator following a wave of consolidation.

In April, Flutter Entertainment and The Stars Group agreed to merge to create the world’s biggest online gambling company.

In Australia Flutter owns Sportsbet and The Stars Group owns Bet Easy, which was formed from the acquisition of William Hill’s Australian operation and Crown Resorts’ Crown Bet.

The business-to-business operator flies under the radar in an ASX-listed wagering sector that has become limited since the Tabcorp-Tatt’s Group merger in 2010.

Betmakers provides back-office services to all of the main corporate bookies locally, as well as the main racing clubs.

“We are an essential service to the racing industry and bookmakers,” says CEO Todd Buckingham.

Under a white label arrangement, Betmakers packages data provided from the racing bodies and other rights holders, which allows the bookmakers to operate a full online service and keep costs low.

As well as collating essential stats such as jump times and results, Betmakers also frames the prices.

Buckingham notes that in normal times there are about 5000 official races per week globally, covering thoroughbreds, harness racing and the dogs.

“As could imagine that data comes in many shapes, sizes and formats,” Buckingham says. “We normalise that into one stream for the operator.”

Unsurprisingly, the ‘rails’ (on course) bookies are keen to develop an online presence, given patrons remain banned from the courses.

Given Betmakers’ bookie clients are now foreign owned – mainly by the Brits – it’s only natural that Betmakers has sought to expand offshore.

The company is leading the implantation of fixed odds betting in the US, where the racing industry currently only uses totalisator pools.

Locally, Betmakers signed a deal with Tom Waterhouse to develop a betting app that enables punters to access prices from other bookies.

“Think of it as the race wagering version of Expedia or Trivago,” says broker Cannacord.

Betmakers recorded $5.1 million of revenue in the nine months to the end of the March quarter, for a loss of $642,000.

By not being consumer focused, Betmakers does not have to spend a poultice on the saturation gambling advertising that along with the Harvey Norman ads is keeping the media afloat.