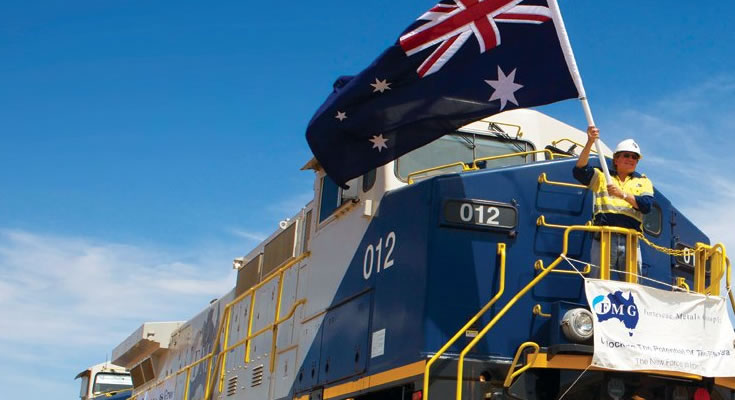 Iron ore prices have strengthened as concerns mount regarding supply from Brazil, where there has been a surge in the number of cases of coronavirus in the country’s key mining region.

This is a further aggravation for Brazil’s Vale, the world’s largest iron ore miner, which has been plagued with output problems since the fatal tailings dam disaster in early 2019 that provoked the closure of several mines.

Meanwhile, steel production has been resilient in China, supporting iron ore prices, and there are high expectations that there will be further stimulus for infrastructure to boost demand. So, does this scenario herald an opportunity for Australia’s iron ore miners, which have sustained better-than-expected production over the wet season amid strong shipments?

Not necessarily. ANZ analysts suggest the recent rally in iron ore is stretched and there is the likelihood of downside risks developing in the market, despite the prospect of up to 80mt of supply being at risk.

Global steel demand is expected to fall sharply, as there is only so much heavy lifting China can do for the market and, once the pandemic has passed, the market will face rising exports from both Brazil and Australia.

Vale was never expected to return to full capacity until 2021, the analysts point out, and while Brazil’s iron ore industry has been largely spared as activities were considered essential, in recent days there is been a sudden spike in coronavirus cases in the state of Para, where around 29% of the country’s iron ore is produced.

Morgan Stanley also notes the northern mining and port system in Brazil remains the most exposed to the pandemic and the expected recovery in Brazilian shipments subsequent to the usual seasonal disruptions is yet to eventuate.

Yet, the ANZ analysts suspect steel mills have kept production high in the hope that demand picks up, and the market will be very disappointed if no stimulus does not ensue from China’s annual party meeting.

The other major steel producer, Japan, is therefore critical, and its government estimates second quarter steel output will be down -26%, to the lowest level since 2009. This would leave China is the only active buyer of iron ore.

Macquarie’s analysts are looking for a large lift in China’s economic stimulus but believe the party meeting will not be the forum that delivers a policy shift. Stimulus will likely be rolled out when the economy reports a “double-dip”, probably late 2020.

Therefore, in the broker’s view, central government policy will not drive key commodity markets until the 2021 restocking. Still, JPMorgan points out China is very dependent on the import market for iron ore and is only 23% self-sufficient.

Macquarie notes the latest China’s steel survey shows a large lift in sales and orders and even orders in the struggling automotive sector have stopped deteriorating. Moreover, mills have revealed a normalising of utilisation rates, and buying demand for iron ore is stronger than for coking coal.

Another fact. Iron ore inventory on vessels outside of the key iron ore ports in northern China has dropped by -1mt over the latest week and, as UBS points out, inventory at the ports overall is down -2mt, which implies a tight iron ore market.

Iron ore prices are the main driver of iron ore stocks and two key risks for the short term are moderating, including higher iron ore supply from Brazil and production curtailments outside of China.

In the small stocks, Champion Iron ((CIA)) and Mount Gibson Iron ((MGX)) both look attractive to the broker in terms of cash flow. Mount Gibson has been the only Australian producer to withdraw guidance, while Mineral Resources ((MIN)) has downgraded Koolyanobbing but upgraded Iron Valley.

Both BHP Group and Rio Tinto ((RIO)) have reiterated guidance while Fortescue Metals ((FMG)) upgraded shipment guidance in the March quarterly report. Still, Macquarie acknowledges Rio Tinto’s shipments have been volatile and the smaller Australian ports have sustained weaker shipments, while the major miners are operating close to capacity.

Morgans believes Fortescue Metals will be the main beneficiary of the strong conditions, as a mass-scale low-grade producer, even in the downside scenario of broader trade and geopolitical instability and upgrades to Hold from Reduce.

The broker assesses China will support Fortescue Metals, even with trade tensions between China and Australia, given its market position as a decentralising force against the dominance of Rio Tinto, Vale and BHP Group.

Macquarie points out 63% of China’s iron ore imports come from Australia and there are few viable alternatives.

Morgan Stanley assesses Fortescue Metals and Rio Tinto valuations imply the lowest iron ore price at around US$80/t because of their pure exposure. BHP Group and Mineral Resources, on the other hand, are both “optically” implying higher prices because of other commodity exposures that are continuing to be affected by low prices.