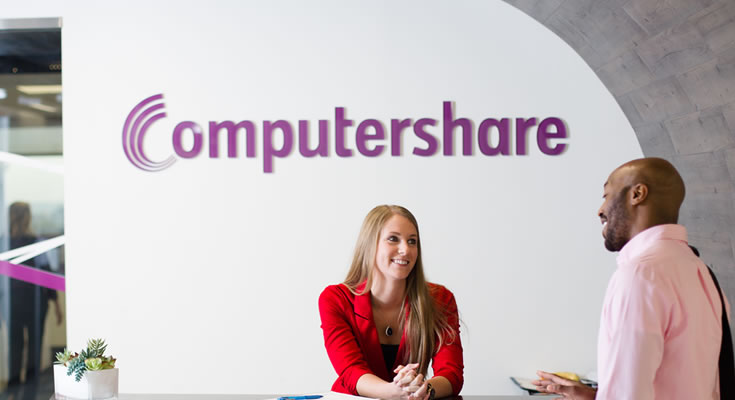 Computershare shares jumped more than 4% yesterday on an encouraging update which saw the share processing and registry operator maintain guidance.

The shares ended at $12.68 yesterday in a flat market after the late Tuesday update.

The company told the ASX that its key business lines are “proving robust and performing in line with expectations” with encouraging trends in transactional and counter-cyclical activities.

Guidance is still expected to be a 20% fall in earnings per share because of the fall in margin income.

Margin income guidance is still at about $180 million for the current financial year and $100 million for 2020-21.

“Our earnings are clearly being impacted by the decline in margin income. There’s no hiding from that. Compared to the $246 million we earned in margin income last year, we expect to earn around $180 million this year, and around $100 million for next year,” CEO Stuart Irving told a teleconference yesterday.

The update noted that shareholder numbers are increasing despite market volatility, up nearly 4% in Australia, and corporate activity is picking up.

For example, Computershare was involved with 26 initial public offerings (IPOs) in Hong Kong and 20 capital raisings in Australia between 16 March and the end of April.