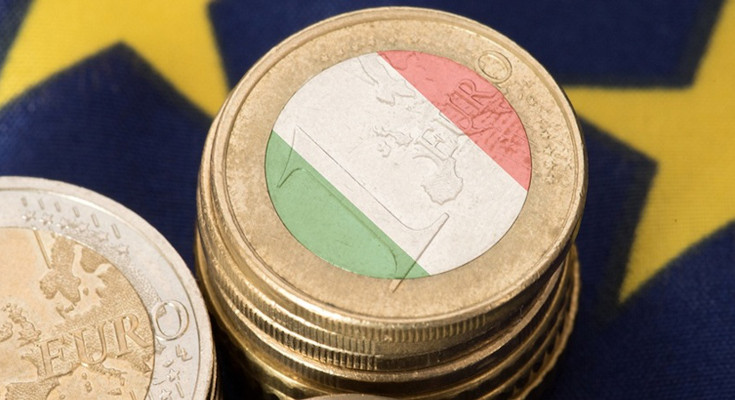 ‘il Boom’ is how Italians describe the ‘great transformation’ of Italy over the 1950s and 1960s when a poor country turned itself into a modern industrial powerhouse with a stable currency, the lira. Such was Italy’s rising wealth and status, the country in 1957 became one of the six founding members of what later became the EU.

Perhaps he shouldn’t have. Two decades later, Italy is so weak economically, financially and politically it poses an existential threat to the eurozone. A euro overvalued compared with the lira on top of Italy’s economic flaws and demographic handicaps – its ageing population, Europe’s oldest, is shrinking – has frozen Italian living standards at 1999 levels. Italian banks are burdened with bad debts. Rome’s finances have deteriorated so that its debt stood at 135% of GDP at year end. The upending of Italy’s political system after corruption scandals broke from 1992 led to the rise of populists. The country’s 65th government since World War II in power now is an unlikely coalition of the centre-left Democratic Party and anti-establishment Five Star.

Such was the state of Italy when the coronavirus struck the eurozone’s third-largest economy. The question troubling the eurozone, which will only grow in menace over time, is how will Rome fund a recovery from the virus-induced recession when it can only borrow in euros, amid projections its debt could soar to a default-prone 180% of GDP. Knowing the country faces higher borrowing costs, Rome has pleaded for help from fellow euro users and once again exposed the central flaw of the eurozone. The great weakness of the common currency is that it is a monetary union without fiscal union. Brussels is incapable of directing substantial funds to help Italy and other strugglers, and creditor countries, which are battered too by the coronavirus, are refusing the closer fiscal ties. The flashpoint has been their refusal to sanction eurobonds dubbed ‘coronabonds’ that would allow debtor countries to access funds at lower interest rates.

A standoff only serves to fan the euroscepticism that lingers over the continent and Italy especially. In the absence of steps towards a fiscal union, Italy in the near term is hurtling towards three outcomes, one of which could herald an imminent shock for the world economy. The turbulent outcome is that Italy’s government defaults like Greece’s did from 2012 but perhaps with fatal ramifications for the eurozone because Rome’s debts are estimated to be 20 times larger than were those of Athens. The second possibility is that Rome defaults in an undisruptive way because Italy swallows a bailout that offsets the damage of an ‘extend and pretend’ solution. The third possibility is that Italy accepts some conditional aid to avoid a default. Under the latter two possibilities, the eurozone would be preserved for now but Italy would still be struggling enough to pose a longer-term threat to the euro. Whatever happens in coming times, Italy’s woes are bound to eventually trigger a watershed event for the eurozone. Europe could become a much closer union or, at great cost, fragmented again.

Let’s acknowledge that no officials can outdo eurozone policymakers in finessing last-minute fudges that postpone reckonings. But quasi-solutions would condemn Italy to more stagnation that might shape public support for a euro departure come a future shock. Creditor nations have a point that their taxpayers should not pay for southern profligacy. The eurozone could fulfil the perverse destiny foreshadowed by its founders; they seemed to understand that Europe could only become a fiscal and political union when a crisis posed a threat to peace and prosperity.

While there are few signs that Europe is ready for closer union, the likelihood of a reckoning happening in coming years is rising. The coming times could see creditor nations sanctioning closer fiscal ties to help Italy. Or Italy might embark on a post-default or post-euro future. Whatever happens, it’s unlikely that anyone any time soon will describe Italy’s upcoming era as “il Boom”.