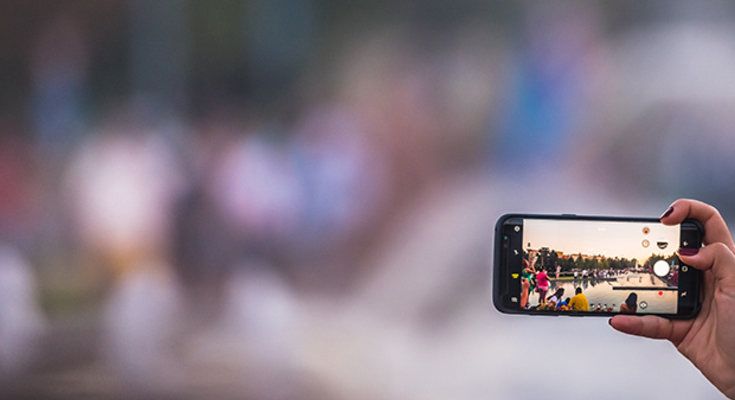 Supernatural is a new VR-based fitness program that looks like Beat Saber with a focus on fitness. The service has a monthly fee ($19) and delivers new workouts every day with commentary from a trainer as you go.

You’d guess interest in VR workouts might lag once gyms reopen. But think back to all the workouts you skipped because it was too rainy or cold out or laziness overcame you. Supernatural is so fun and convenient it might persist. Even when your motivation to head to the gym flatlines, you can still get that heart rate up by swinging at orbs while flying over your daily volcano.

Augmented reality startup Magic Leap is laying off roughly 1,000 employees, or half of their people, as they change their focus from consumer to enterprise.

Magic Leap, founded in 2011, unveiled a $2,300 headset in 2018 after years of secretive work and has pledged to deliver technology rivaling television or the telephone in societal impact. Sales never took off and there were dozens of job cuts late last year, The Information previously reported.

Who needs cinemas when you have premium video-on-demand (PVOD)? Universal Pictures released their latest animated film, Trolls World Tour, on PVOD and found it made more money than Trolls did when it was released in cinemas in 2016. The success of Trolls World Tour has prompted Universal Pictures to openly consider simultaneously releasing future movies on PVOD and in cinemas, which has prompted cinema chain AMC Entertainment to say they’ll no longer play any movies from the studio.

“The results for ‘Trolls World Tour’ have exceeded our expectations and demonstrated the viability of PVOD,” Mr. Shell said. “As soon as theaters reopen, we expect to release movies on both formats.”

For studios, the prospect is especially alluring because they retain about 80% of the digital rental or purchase fee—compared with about 50% of box-office sales.

When the world returns to normal, what will normal look like? Rich Barton, the CEO of Zillow, has changed his mind about support for more flexible work arrangements and I imagine he’s not alone there.

Today we let our team know they have flexibility to work from home (or anywhere) through the end of 2020. My personal opinions about WFH have been turned upside down over the past 2 months. I expect this will have a lasting influence on the future of work … and home. Stay safe.

A survey by CNBC and Change Research found that 24% of respondents would like to work more from home once the pandemic ends.

Once the economy reopens, 24% say they’d like to work either entirely or more from home compared to how they worked before, while 55% plan to head back to the office and 20% are not sure.

An increase of hundreds of thousands, or even millions, of people who shift to remote work would have major repercussions across the broader economy. For example, if businesses decided to save money by renting or buying less commercial office space as a larger percentage of their employees work from home, that could translate into hundreds of millions of dollars in losses for builders and developers.

Zoom now has 300 million daily active participants using the service (as of 22 April), up from 200 million at the end of March.

Facebook and Google are working hard to improve their products to try to capture some of this increased usage.

Yet Zoom may already be too ingrained for Silicon Valley’s giants to dislodge.

Late last month, Philipp Schindler, Google’s chief business officer, held a videoconference with thousands of the search giant’s employees using Google Meet, three people who attended the call said. During the session, one employee asked why Zoom was reaping the biggest benefits even though Google had long offered Meet.

Mr. Schindler tried placating the engineer’s concerns, the people said. Then his young son stumbled into view of the camera and asked if his father was talking to his co-workers on Zoom. Mr. Schindler tried correcting him, but the boy went on to say how much he and his friends loved using Zoom.

Google has made Google Meet free until September 30.

Facebook announced they’ll start rolling out Messenger Rooms, a video chat app that supports up to 50 people at once. The app features open rooms that your social group can drop in and drop out of, similar to real-world social encounters.

Scientists at the Army Medical University in China have developed a pocket-sized phone-powered device that can test DNA in blood samples for genetic conditions.

Overall, the accuracy of the device was about 97 per cent when compared with standard laboratory methods. The researchers say the device could potentially be modified to identify RNA as well, which would be useful for detecting RNA viruses like the covid-19 virus responsible for the coronavirus pandemic.

A paralysed man can now move his hand and has regained a sense of touch after getting a chip implanted in his brain in 2014. He (and researchers) have made significant progress since 2014, and he can now play Guitar Hero, swipe a credit card, and do about 20 different hand grips. A paper detailing the approach was published in Cell last week.

To make it happen, Ganzer and his colleagues used an elaborate setup that connects Burkhart’s brain to a computer. The chip in his motor cortex sends electrical signals through a port in the back of his skull, which is delivered through a cable to a nearby PC. There, a software program decodes the brain signals and separates them into signals corresponding to intended motions and signals corresponding to a sense of touch. The signals representing intended motions are routed to a sleeve of electrodes wrapped around Burkhart’s forearm. The touch signals are routed to a vibration band around his upper arm.

Telemedicine has grown significantly with people staying at home. Will that lead to greater adoption when the world returns to normal?

The health system Ascension, with facilities in 20 states, says its online care increased nearly 2,000%, to about 10,000 visits in March from 500 in earlier months. CommonSpirit Health, which operates in 21 states, says its virtual care doubled about every seven days, up to 33,000 televisits for the week ending April 3. The Sanger Heart and Vascular Institute, part of North Carolina-based Atrium Health, says it moved 95% of its outpatient office visits to the cloud, for about 450 virtual patients a day.

One of the most complex and time-consuming stages of the chip design process is determining chip placement. Google has now designed an AI to do this job which they describe in a blog post and pre-print paper.

“Basically, right now in the design process, you have design tools that can help do some layout, but you have human placement and routing experts work with those design tools to kind of iterate many, many times over,” Dean told VentureBeat in an interview late last year. “It’s a multi-week process to actually go from the design you want to actually having it physically laid out on a chip with the right constraints in area and power and wire length and meeting all the design roles or whatever fabrication process you’re doing,” said Dean. “We can essentially have a machine learning model that learns to play the game of [component] placement for a particular chip.”

Social distancing is likely accelerating adoption of collaborative robots in factories and warehouses.

“If you have to space out the people throughout your facility differently than you used to for manufacturing, or even picking, then you can’t keep the automation in the same places,” says Melonee Wise, CEO of Fetch Robotics, which makes wheeled robots capable of ferrying items around factories and warehouses.

Fetch is working with a large US ecommerce company to reprogram its robots to adapt to staggered shifts with fewer workers to allow for social distancing. It is also working on versions of its robots that can autonomously disinfect workplaces.

A survey of 1,004 business leaders finds that customer service is the most active department where AI is being deployed today.

Usually black paint absorbs heat, but painting an object with a black version of this new coating kept it about 16°C cooler than when an object painted with commercial black paint was exposed to the same amount of sunlight.

“That level of funding will enable us to begin to develop the groundwork for sophisticated, practical and high-impact quantum networks,” says David Awschalom, a quantum engineer at the University of Chicago. “It’s significant and extremely important.”

It’s also clear that niche platforms have been siphoning away attention from the world’s largest social-networking company. “The social-networking world used to be centered on Facebook and it’s now becoming splintered,” said Michael Wolf, chief executive of technology-consulting firm Activate. “They’re not trying to become your everything social network. They don’t want to be Facebook.”

The average person will use 10 social networks daily by 2023, up from six currently, according to Activate. Nearly 30% of adults aged 18 to 24 already use 10 or more, the company said.

Have a great week and weekend.