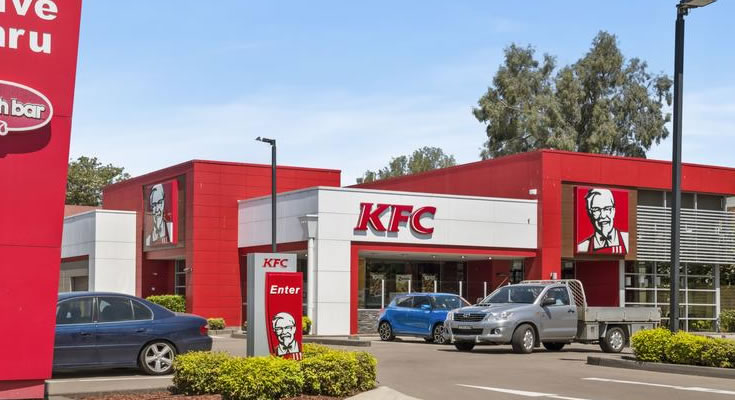 In a first-quarter trading update released yesterday (It balances its financial year on a calendar basis in December), the company reported a 5.3% rise in total sales to $NZ200 million.

Total sales jumped 13.3% at the company’s 65 Australian stores and were up 6.3% at its 75 American stores. Restaurant Brand’s 145 New Zealand stores saw sales fall 1.5%, partially impacted by the government shutdown of most retail stores in late March.

However, there is worst to come, with the food retailer warning investors April’s figures were not looking good.

“Whilst the first quarter was only peripherally affected by the COVID-19 crisis, the second quarter is seeing a significant impact with all stores in New Zealand closed for most of the month of April and the closures of the dine-in business and a number of in-line and mall stores in both Australia and the United States.”

“With measures to contain the spread of COVID-19 (particularly those that relate to large gatherings and international arrivals) expected to remain in place for some time in New Zealand, the Annual Shareholders’ Meeting scheduled for 28 May 2020 will be held as a virtual meeting, the company said on Tuesday.

The shares didn’t trade on the ASX yesterday ending at $8.80.

Online retailer Kogan has reported a huge jump in both sales and profit for the third (March) quarter, boosted largely by a rush of purchases last month as housebound Australians went online to shop.

In March alone, both sales and profit rose 50%, the company said.

But on the costs side, marketing charges jumped 37% as Kogan took the closure of bricks and mortar retailers as an opportunity to grow its customer base.

That extra spending crimped margins and the company said that overall adjusted earnings before interest, tax, depreciation and amortisation grew by just 4%.

“I am extremely proud of the way our team has risen to the challenge of the current environment. Even more so, I am proud that the portfolio of businesses our team has created over the years has made us so resilient and foundationally strong,” CEO Ruslan Kogan said in the statement to the ASX.

While Kogan said it cash on hand of $47.8 million, it had drawn down its debt facility by $26 million. That could indicate the company is having to dip into its bank facility for working capital at a time of tightening profit margins.

Meanwhile Retailing Premier Investments yesterday confirmed that it has delayed re-opening some of its Australian chains from today (Wednesday) because of governments extending lockdowns into May.

But stores in new Zealand will be re-opening from next Tuesday after the government there eased its lockdown restrictions.

Premier had nominated April 22 as the re-opening target when it revealed its closure the closures a month ago. It said yesterday that the continued coronavirus restrictions leaving the company “no choice” but to delay the openings by two and a half weeks.

Premier says it will now keep stores closed until at least May 11.

The company closed its 900 Australian stores on March 26, standing down 9,000 staff globally and sending its executive team home to work without pay.

The company said the decision by the national cabinet on April 16 to keep social distancing and stay at home measures in place until at least May 11 means the company would be required to continue its temporary store closures.

“Our decision to temporarily close our retail stores is consistent with the clear message reiterated by the Prime Minister that the population should only leave the house when it is absolutely necessary to go out,” the company said on Tuesday.

The tentative new reopening date of May 11 will also mean Premier misses out on Mother’s Day trading. Premier also said that rents will continue to be withheld from landlords throughout the two-and-a-half-week period.

Online sales at all seven of Premier’s brands have “traded strongly” during the shutdown. The easing of restrictions in New Zealand from stage four to three will also allow Premier’s stores there to begin online trade from April 28.

With Premier deferring its re-opening, Myer is almost certainly to follow with a similar postponement from its mooted restart date of next Monday.

And shares in Nearmap jumped sharply at one stage yesterday but they cooled as the market yesterday went right off the boil.

The shares were up 12% at one stage but eased to close up 3.3% at $1.24 after it confirmed that the COVID-19 pandemic had not impacted business.

The company confirmed full-year guidance and said it is largely unaffected by the COVID-19 lockdown.

“Nearmap has not seen a material impact on the current trading conditions,” it told the market.

“It has reduced operating and capital costs by 30 percent and plans to be ‘cash flow breakeven by the end of 2019-20’.

Directors and the chief executive are taking a 25% pay cut from May to November, while all other staff will take a 20% cut. Bonuses have also been cancelled, however it will consider a retention program to ensure it doesn’t lose the best staff.

“Although we’ve not seen a material impact to trading conditions, the cost management initiatives outlined allow us to maintain capital flexibility,’’ chief financial officer Andy Watt said in an update to the market.

“The business has been through a period of significant growth which means that there areas that we can scale back to former levels for a period of time while we navigate our way through the current environment.”

The company said in the statement that its short term sales are ‘ largely unaffected’’ and it believes there won’t be any major delays to artificial intelligence projects and its next generation camera system.

It has also been deemed an ‘essential service’ because it provides mapping data to government agencies and companies that maintain critical infrastructure.