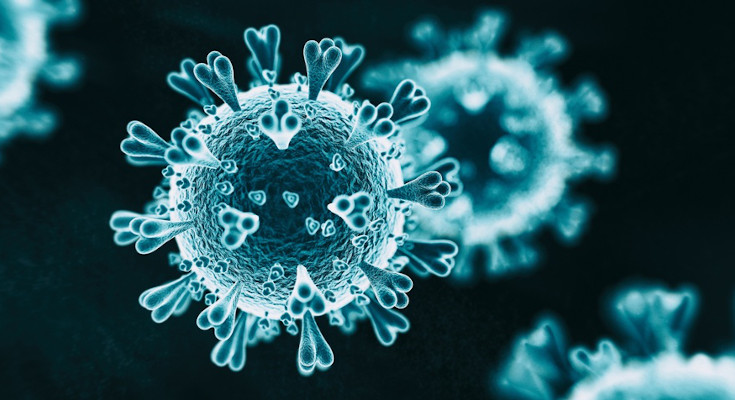 In France, to leave their houses, people must fill in a form that allows them to perform essential jobs, attend medical appointments or go shopping for daily needs, an errand for which people have one hour only and must stay within one kilometre of their homes. The certificates must be shown on demand. Breaching ‘confinement’ rules risks fines and jail.

Such is life in France under the ‘lockdown’ imposed to stop new infections from the coronavirus that causes an illness known as covid-19. This ‘suppression’ strategy is one of two broad options leaders in charge of democracies have adopted to fight the disease.

These lockdowns dispense with liberty to halt the transmission of the virus. The suppression option comes with about as brutal an economic shock as can be self-inflicted because all physical businesses but essential services are shut down. But if the medical emergency were beaten and the public were confident about resuming normal life, the economy would be poised to recover. Risks of this approach include that lockdowns are never all encompassing so there is no guarantee the disease can be eradicated. Most problematic of all is that the disease could resume its menace when the population is ‘unlocked’.

These countries, after isolating the vulnerable, try and slow the spread of the virus through their populations in the hope to suppress it enough for medical authorities to cope and a vaccine might be developed (though none appears likely soon). Within this strategy, at the relaxed end of restrictions, sits the aim of allowing a population to develop a community, or ‘herd’, immunity or resistance to the disease via a manageable level of infections and possibly a vaccine, a common way for most viruses to be contained.

When pursing mitigation, officials shut as little of society as possible until the spread of the virus is contained. (The northern hemisphere hopes warmer weather will slow the pandemic.) How much of the economy is closed varies across countries. The risks with the mitigation approach are that more lives might be lost, infections might spiral beyond the ability of medical facilities to cope and the economic shock, though initially milder than compared with the lockdown blow, persists longer and proves larger, especially if a spooked public voluntarily locks itself down.

How then to judge the ethics behind choosing suppression or mitigation? At a surface level, the decision appears an ethical choice between lives and livelihood, though, at a deeper level, the choice is between the lives taken by covid-19 versus the lives lost and ruined over the longer term by the steps taken to contain the pandemic.

Given such unenviable choices and with no clear ‘right’ answer, one approach to answering this question might be to draw upon different forms of ethical traditions to install guidelines for policymakers. These are first that the cost of the decision must be spread fairly across society, and the disadvantaged, vulnerable and ill must be protected. Second, measures should be reasonable both in their intent and their consequences even amid extreme circumstances. Third, to do the least harm, policymakers should evaluate the unintended effects of their decisions and take steps to mitigate the damage. Fourth, extreme steps, such as army patrols and curtailments on freedom, should be relaxed as soon as possible.

Even within this framework, policymakers are in an unenviable situation because the scientific characteristics of covid-19 are unclear. In making their calls, policymakers had to judge what the death toll might be from either approach and think through the unintended consequences of each option. Flow-on effects of lockdowns might be a jump in family violence and mental health issues. Officials needed to estimate the economic damage of each approach with no precedents to guide them. They needed to ask themselves which option might be less likely to ruin a generation’s job prospects and impoverish society for decades, which can lead over time to an increase in deaths of stress, despair, substance abuse, etc.

Even though the battle against covid-19 is far from won, we can say that both approaches can be supported by sound ethical arguments even if the logic behind each judgement call is different. While only hindsight will prove which approach was the most effective, it would be hard to say any democratic government has acted unethically in its fight against the coronavirus, even allowing for

mistakes. It can be said too that, given the economic and social damage covid-19 is likely to (and will) inflict, policymakers are bound to confront even harder ethical choices in coming years than those they faced during the emergency phase of the crisis.

To be sure, it won’t be much consolation to think that policymakers acted ethically if the social and economic consequences of their decisions prove immense. In some ways, the ethical choices surrounding covid-19 are no different from other weighty decisions governments make all the time when they implicitly put a price on life.

Perhaps, in time, covid-19’s greatest ethical lesson might be how it exposed the ethics of societies before the pandemic hit. The countries that might be judged to have failed the common good would be those with poor healthcare systems, no pandemic contingency plans, few locally produced essential medical supplies, limited manufacturing to convert and, having stretched government finances, had scant ability to protect their populations without risking their prosperity. That would be many of them.