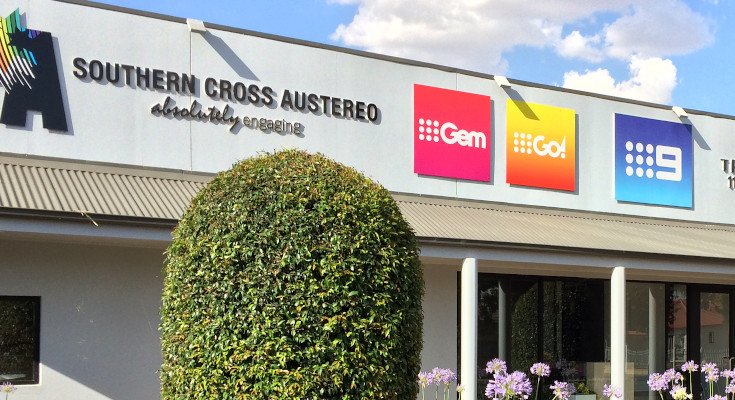 National radio and regional television broadcaster Southern Cross Austereo will raise $169 million in capital in a last-ditch effort to try and help the company survive.

Without the funds, Southern Cross will collapse soon. That fear is why the company’s shares slumped 32% on March 23 before trading was halted to give the board and management the time to organise a bailout.

And the bailout is going to be very costly to existing shareholders. Unless they put up more money, they will be wiped out – their shares will have little or no value.

That’s because to raise the $169 million, the company will have to issue more than twice the 770 million shares currently on issue. The issue price is 9 cents a share, more than 50% less than the last sale price of 16.5 cents on March 23.

On top of the capital raising, the owner of Triple M and Hit radio networks and Nine’s regional TV network, has also renegotiated its bank loans and would draw an extra $57 million from its existing debt facilities (that were only renegotiated last December).

On top of this, the company has promised $45 million of cost cuts including 10% pay cuts for everyone earning more than $68,000 with executive bonuses cancelled.

According to Monday’s announcement, advertising revenue for the nine months to March 31 was down 10% on the same prior period. A 30% drop across the end of FY20 and the beginning of FY21 is expected. Naturally, the company is not providing future guidance.

The fundraising – $50 million now before Easter and then $119 million by late April and cost cuts will hopefully give the company the room to survive the slump caused by the weak economy and then the impact of the COVID-19 shutdown.

Southern Cross has also cancelled its interim dividend – which will save $21 million – as well as its full-year dividend and there will be no dividends either in 2020-21.

Under the new rules put in place by bankers, the group’s net debt to EBITDA ratio for 2020 has been extended to 4.5 x earnings.

CEO Grant Blackley said the initiatives would allow the company to trade through the crisis and rebound during recovery.

“SCA believes these initiatives will provide the business with the balance sheet and a more efficient operating model appropriate for the current uncertain macroeconomic environment. The COVID-19 crisis is causing significant dislocation across advertising markets, but the fundamentals of SCA’s business remain sound,” Mr. Blackley said.